Fearful of Lula’s Exoneration, His Once-Fanatical Prosecutors Request His Release from Prison. But Lula Refuses.

Lula’s accusers are desperately trying to get him out of prison, while he insists on staying there until he’s fully exonerated. 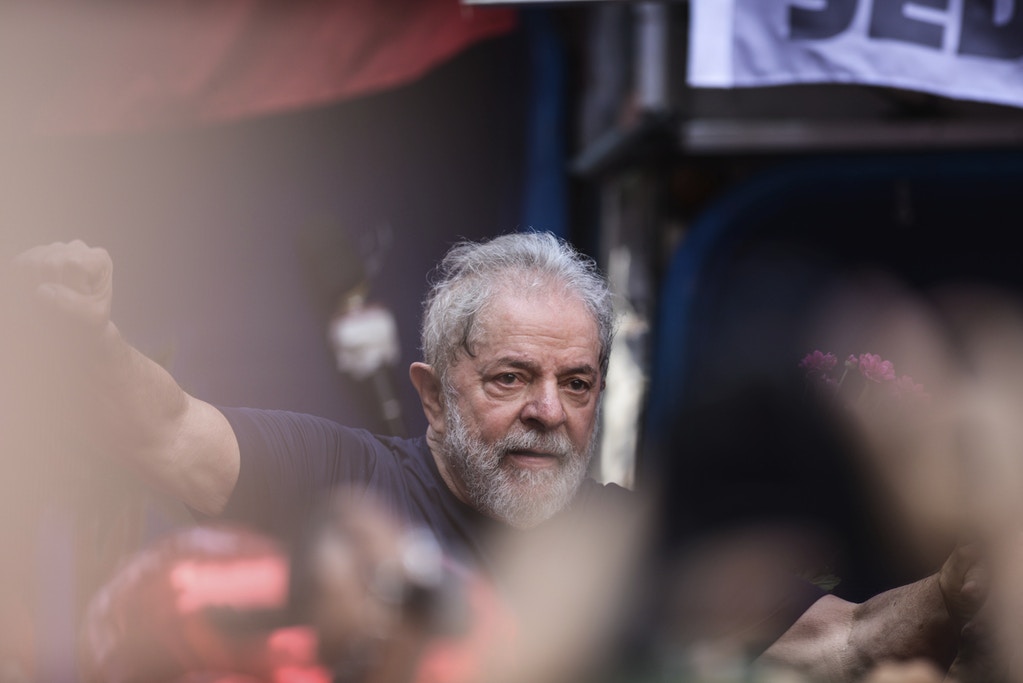 4 Oct 2019 – The same Brazilian prosecutors who for years exhibited a single-minded fixation on jailing former President Luiz Inácio Lula da Silva are now seeking his release from prison, requesting that a court allow him to serve the remainder of his 11-year sentence for corruption at home. But Lula — who believes the request is motivated by fear that prosecutorial and judicial improprieties in his case, which were revealed by The Intercept, will lead to the nullification of his conviction — is opposing these efforts, insisting that he will not leave prison until he receives full exoneration.

In seeking his release, Lula’s prosecutors are almost certainly not motivated by humanitarian concerns. Quite the contrary: Those prosecutors have often displayed a near-pathological hatred for the two-term former president. Last month, The Intercept, jointly with its reporting partner UOL, published previously secret Telegram messages in which the Operation Car Wash prosecutors responsible for prosecuting Lula cruelly mocked the tragic death of his 7-year-old grandson from meningitis earlier this year, as well as the 2017 death of his wife of 43 years from a stroke at the age of 66. One of the prosecutors who participated publicly apologized, but none of the others have.

Far more likely is that the prosecutors are motivated by desperation to salvage their legacy after a series of defeats suffered by their once-untouchable, widely revered Car Wash investigation, ever since The Intercept, on June 9, began publishing reports based on a massive archive of secret chats between the prosecutors and Sergio Moro, the judge who oversaw most of the convictions, including Lula’s, and who now serves as President Jair Bolsonaro’s Minister of Justice and Public Security.

The prosecutors’ cynical gambit, it appears, is that the country’s Supreme Court — which two weeks ago nullified one of Moro’s anti-corruption convictions for the first time on the ground that he violated core rights of defendants — will feel less pressure to nullify Moro’s guilty verdict in Lula’s case if the ex-president is comfortably at home in São Paulo (albeit under house arrest) rather than lingering in a Curitiba prison.

But this strategy ran into a massive roadblock when Lula demanded that he not be released from prison unless and until he is fully exonerated. He wants to ensure that nobody — least of all Supreme Court judges who will rule on his appeal — feel relieved of their obligation to decide correctly by telling themselves that there is no need to take such a drastic step as nullifying Lula’s conviction given that he is no longer in jail but at home.

“I won’t trade my dignity for my freedom,” the former president proclaimed in a hand-written letter “to the Brazilian People,” explaining why he would resist efforts to swap his home for his cage as his prison. “I’ve already proven that the accusations against me are false. It is [the Car Wash prosecutors and Sergio Moro], not me, who are now prisoners of the lies they told Brazil and the world.”

In response, Deltan Dallagnol, the task force’s nominal chief and a prime subject of The Intercept’s reporting, insisted that Lula has no say in that matter: that if he is ordered to leave prison, he has no power to resist or reject the terms. So weakened is the Car Wash prosecution that, in a surreal spectacle, the prosecutors who worked for years and broke numerous rules to ensure Lula’s imprisonment are now demanding that he leave prison (albeit on their terms), while Lula categorically refuses to do so absent full acquittal of the crimes of which they accused him.

The Car Wash prosecutors have good reason to worry that Moro’s and their gross misconduct could lead to a nullification of Lula’s conviction. Beyond the alarming-to-them Supreme Court ruling from two weeks ago, numerous developments reflect a newfound hostility to their work.

On Friday morning, Brazil’s largest newspaper, Folha of São Paulo, reported that the Supreme Court is moving to judicially authenticate The Intercept’s archive so that its contents can be used in judicial proceedings to review the legitimacy of the anti-corruption probe’s convictions. Meanwhile, President of the Court Dias Toffoli announced this week that the court will shortly decide several looming questions about Car Wash that could, by themselves, lead to an annulment of Lula’s conviction.

Beyond the Supreme Court, Moro’s “anti-crime” package — which is principally designed to fulfill Bolsonaro’s dream of immunizing the police and military when they kill poor, innocent favela residents — has suffered multiple defeats in Congress. Bolsonaro’s choice for chief prosecutor, Augusto Aras, was confirmed by the Senate in September only after he publicly condemned the “excesses” of the Car Wash prosecutors, claiming that the prosecutors’ youth and lack of adult supervision made them believe they could cross all ethical lines.

Longtime defenders of the Car Wash probe — including one of the center-right leaders in the Senate of the 2016 impeachment of former President Dilma Rousseff, as well as the former chief prosecutor in his new book — have expressed remorse about the unethical components of the prosecutors’ actions as revealed by The Intercept’s last several months of reporting. One Supreme Court minister, Gilmar Mendes, this week read from The Intercept’s published Telegram chats to accuse Moro and the prosecutors of engaging in “organized criminality” and being “torturers” (for using the tactic of “preventative imprisonment” as a means of forcing defendants to accuse others as a condition for being released).

A new bill to punish prosecutors and judges for abusing their power — aimed at least in part at the abuses of Moro and the prosecutors — easily passed both houses of Congress last month, and most of Bolsonaro’s vetoes of parts of the bill were swiftly overridden. Numerous disciplinary proceedings are pending against Dallagnol and at least several harsh punishments are expected. A clear anti-Car Wash momentum is now driving many of Brazil’s key institutions.

The erosion of Moro and Car Wash’s credibility is now global: Last month, 17 leading anti-corruption scholars from around the world — including one, Yale Law School’s Susan Rose-Ackerman, repeatedly heralded by Dallagnol as the “world leading anti-corruption expert” — signed a letter that, citing The Intercept’s reporting, condemned Moro’s “illegal and immoral practices” and demanded Lula’s immediate release; on Thursday, the Paris City Council, citing The Intercept’s reporting, voted to make Lula an honorary citizen of Paris; last month, members of the Democratic House of Representatives caucus wrote a letter to the Justice Department which, referencing The Intercept’s reporting, proclaimed that “these reports appear to confirm that the actions of both Judge Moro and the Lava Jato prosecutors have been motivated by a political agenda that seeks to undermine the electoral prospects of Brazil’s Worker’s Party.”

To be sure, there will be significant pressure applied to, and even not-so-subtle threats against, the Supreme Court to avoid anything that would exonerate Lula. Each time Lula’s case has made its way to the highest court, members of the military, both active and retired, have warned the court in quite explicit terms that they were being watched, and expected the court to keep Lula where he was. Shortly prior to his father’s successful election victory, Bolsonaro’s son Eduardo (who the president is currently attempting to nominate as his ambassador to the U.S.) warned that any adverse Supreme Court decisions could be addressed by “sending a solider and a corporal” to the doors of the court.

Notwithstanding those pressures and threats, Moro and the legitimacy of the Car Wash probe are far weaker and more vulnerable than they were four months ago. The prosecutors clearly fear that the crowning jewel of their work — Lula’s head on a stake — is in jeopardy. Much of their legitimacy has already been eroded, but any reversal of what they regard as their most cherished accomplishment would be a fatal blow.

Trying to get Lula out of his jail cell and into a more palatable prison — his home — is a desperate attempt to avert that catastrophe. And Lula knows it, which is why — remarkably — he is so insistent on remaining in prison until he receives the full acquittal he believes he is due and which, with the truth about Moro and the prosecutors’ actions finally known, he believes is imminent.

As more revelations continue to be published by The Intercept and its reporting partners about the misconduct of Moro and the prosecutors, the likelihood of a full reckoning for the once-revered prosecutors and the judge who led them increases. Lula’s calculation that he should remain in prison until he is fully cleared may prove to be erroneous, but there is certainly a solid basis in fact for his conclusion.