India’s Goa ‘All Is Well’ Approach to Life

‘Susegad’ – which comes from the Portuguese word ‘sossegado’ for quiet – refers to the laidback attitude of Goans, who seem to live in a perennial state of contentment.

Walking in one of Panaji’s local markets one warm afternoon earlier this year, I found the shops shuttered all along the street. I was in search of a new pair of shoes to replace the ones that had just given up after years of walks in markets and towns such as this one in Goa. “You’ll have to wait until evening now,” said my friend when I called to ask about opening hours. It turned out that nothing in Goa is open between 13:00 and 17:00: this seaside state in western India heaves a collective sigh of ‘susegad’ around lunchtime and switches off from the heat outside. 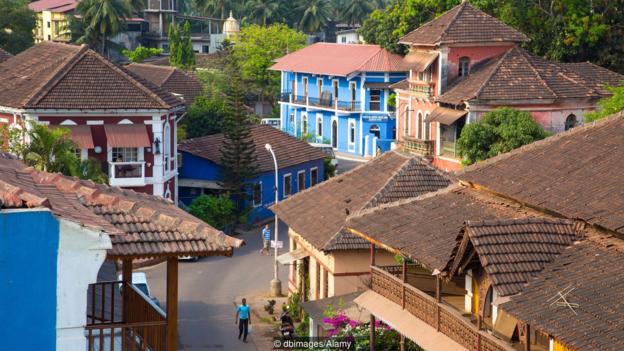 The Indian state of Goa is known for ‘susegad’, its relaxed, laidback attitude.
(Credit: dbimages/Alamy)

Susegad – which comes from the Portuguese word ‘sossegado’ for ‘quiet’ – refers to the laidback attitude of Goans, who seem to live in a perennial state of contentment. Perry Goes, a Goan living in Bengaluru in India’s southern Karnataka state, told me, “Like siesta itself, susegad is born of an innate realisation that you cannot and should not fight the small things of life. Like on a hot, sultry, soporific summer afternoon, it is best to shut down and spend time in the shade. Otherwise, you won’t be able to enjoy the balmy summer evening that comes later.” Like other Goans, Goes uses the Spanish word siesta rather than the Portuguese sesta.

Yet, susegad is much more than just taking a nap in the afternoons. “It is about living life at a slow pace, taking your ‘own sweet time’ about everything,” as Shekhar Vaidya, a marketing executive who was born and lived most of his adult life in Goa, explained. “After all, where is the hurry?” he added.

It is about living life at a slow pace, taking your ‘own sweet time’ about everything

Journalist Joanna Lobo, who grew up in north Goa and now lives in Mumbai, reminisced about susegad from her childhood. “It’s a Sunday spent with the family, relaxing after a filling lunch of rice, fish and vegetables, just gossiping about the village or playing card games. It’s that feeling of relaxation, of feeling content with life, of being loved.”

Contentment, physical silence and mental peace were themes that came up again and again as I spoke to people from Goa – both those who live there and those who have moved away. Where other Indian towns are defined by the sounds of vehicular and human traffic in the form of incessant honking and heated arguments, in the towns and villages of Goa, it is the chiming of church bells and the gentle tinkle of bicycle bells that mark time. 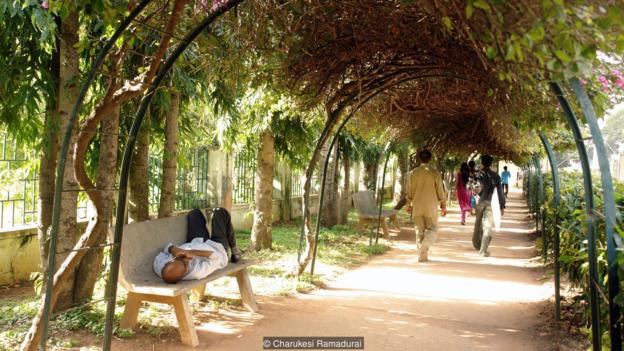 Many Goans enjoy afternoon siestas, a practice leftover from the time when the Indian state was under Portuguese rule.  (Credit: Charukesi Ramadurai)

Susegad does not mean laziness or lack of interest in work, though, as Lobo was quick to point out. “As an outsider Goan or Bomoicar [as Bombay Goans are referred to], my biggest gripe is with how the word has been twisted and misconstrued to mean that Goans are lazy and laidback. That’s just not true. We work hard but also want to enjoy life,” she declared firmly. Goes had a similar reaction describing a family situation where he felt helpless. “Sometimes, the only thing to do good for my soul is to have a chilled beer and a good siesta. It is not sloth or laziness. It is deciding on what to fight for and what to give up on, and having the sense to decide between the two.”

Stereotypes about various regions and communities flourish in India, each viewed with a modicum of suspicion and oodles of superiority by everyone else – from the loud and boisterous Punjabi to the cerebral and rabblerousing Bengali. But Goa, it is acknowledged, marches to the beat of its own drum. This state, which has one of the smallest populations in India (just more than 1.5 million), revels in a uniquely happy syncretism between Indian Hindu and Portuguese Catholic influences.

Sometimes, the only thing to do good for my soul is to have a chilled beer and a good siesta

The Portuguese first arrived in Goa in 1510. They came for many reasons, most significantly to take back valuable spices like black pepper and green cardamom and to spread the word about Christianity. What they found in Goa delighted them: virgin beaches and lush forests, not to mention a handy port that eased trade within the region. And so, the Portuguese stayed on – for more than 450 years.

It was only in 1961, a full 14 years after India gained independence from the British, that Goa ceased to be a Portuguese colony. Indeed, it is common in Goa to hear locals speak about India as though it were a county separate from their own, with which they have little in common. And the spirit of susegad is just one of the vestiges from the Portuguese period, in this land with a temperate, Mediterranean spirit. 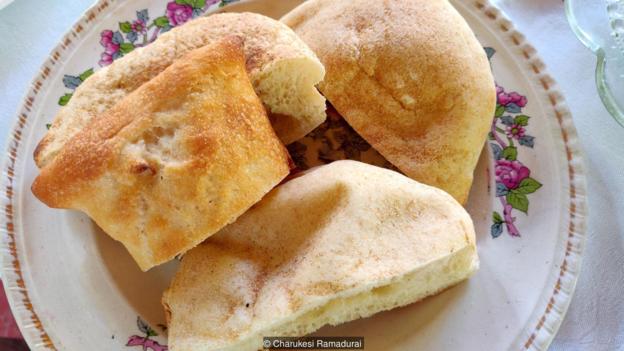 The Portuguese period is reflected in Goa’s culture, including its cuisine.  (Credit: Charukesi Ramadurai)

Many Goans from older generations still have Portuguese passports and own homes in that country. The Portuguese language still continues to be understood and spoken widely throughout Goa, while susegad, the Catholic religion, food, music and dance, and art and architecture are all still distinct remnants of that rule.

Travellers will find the cuisine a delicate mix of Portuguese dishes married with coastal ingredients like coconut and pepper; even the ubiquitous spongy bread pao is a Portuguese import. If you walk around the Fontainhas area in Panaji, called Goa’s Latin Quarter, you’ll see classic Portuguese architecture, from churches to mansions. In fact, a few Goans have started restoration of old Portuguese mansions, keeping the traditional art and architecture intact; the Palacio do Deao in Quepem and Figueiredo House in Loutolim are now open to visitors.

Vaidya explained that a mutual affinity between Goa and Portugal exists to this day. “Unlike the British who exploited Indian resources, the Portuguese did not consider Goa just a colony to make money from; it was actually considered a part of Portugal. Therefore, the Goans also thought them to be their own people, rather than outsiders,” he said. 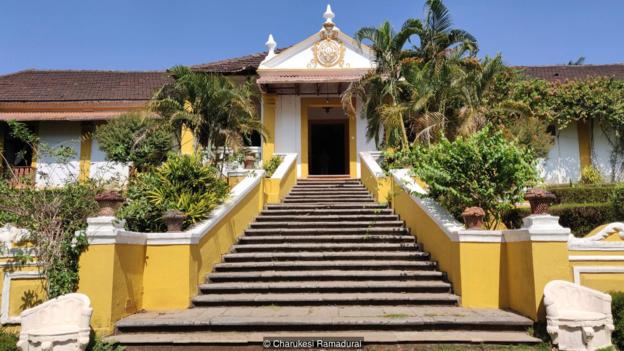 Examples of Portuguese architecture can be found throughout Goa.
(Credit: Charukesi Ramadurai)

Is susegad then relevant only to the Catholic Goans, I wondered, since the Portuguese legacy is much stronger among Catholic Goans, who were converted by the Portuguese Jesuit priests. I knew that only around 25% of Goa is Catholic, while the majority, more than 66%, are Hindus, and perhaps only the people they had converted into Catholics have the susegad attitude. However, everyone I spoke to said that wasn’t the case; anyone who has lived in Goa for even for a couple of years embraces susegad.

In fact, according to blogger Anuradha Goyal, who moved to Goa five years ago after working in New Delhi and Bengaluru, susegad is as much a Goan attraction as the sun and the sea. She explained that over the last five years, since she moved to Goa, her own daily routine has now become slower and easier, following that that local life.

When I prodded deeper into the reasons that make susegad unique to Goa, I began to learn how strong civic ties seem to have contributed to the concept. Of course, it all began in Goa with siesta, a necessity in what was traditionally an agrarian society where people woke up early to work in the fields or to catch fish to sell in the morning markets. Along with work, they also learned to rest as needed, a balance that led to a feeling of contentment. So moving from siesta to susegad was then a natural evolution in the Goan way of life. 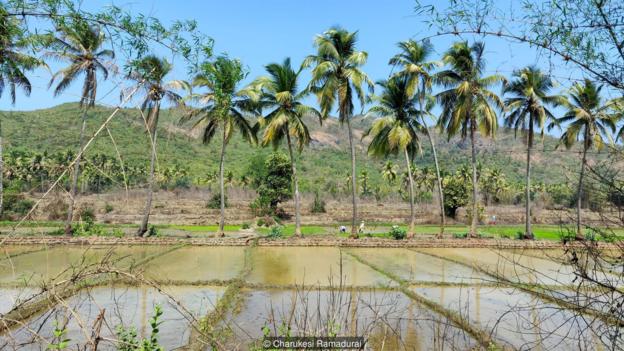 The afternoon siesta was a necessity in Goa, traditionally an agrarian society where people woke up early.  (Credit: Charukesi Ramadurai)

Goes explained that Goa has always been blessed with natural prosperity and plenty, something that is reflected in the content attitude of its people. Furthermore, he said, “Community bonds are still strong in Goa: people farming and harvesting together, or providing collective labour for the tiling of roofs or painting of walls at home.”

According to him and others who live in Goa, village and town borders are a “notional concept” in the tiny state, and there is an innate belief in egalitarianism, with “simply no stress to be better than my neighbour”. It’s an attitude that has carried over from the old days, when Goa felt isolated, not geographically, but socially, from India, which was ruled by the British, while they themselves had the Portuguese as rulers. There was, therefore, a need to stick close to each other, irrespective of social status or religious affiliation.

As Goyal said, “When you are new to Goa, it takes some time to get used to its susegad approach to life, but once you adjust to its rhythm, you begin to enjoy it and it sets a pace for your own day.”