Israelis Were ‘Saddened’ to Have to Kill Gaza Protesters, to Avert ‘Bloodbath’ 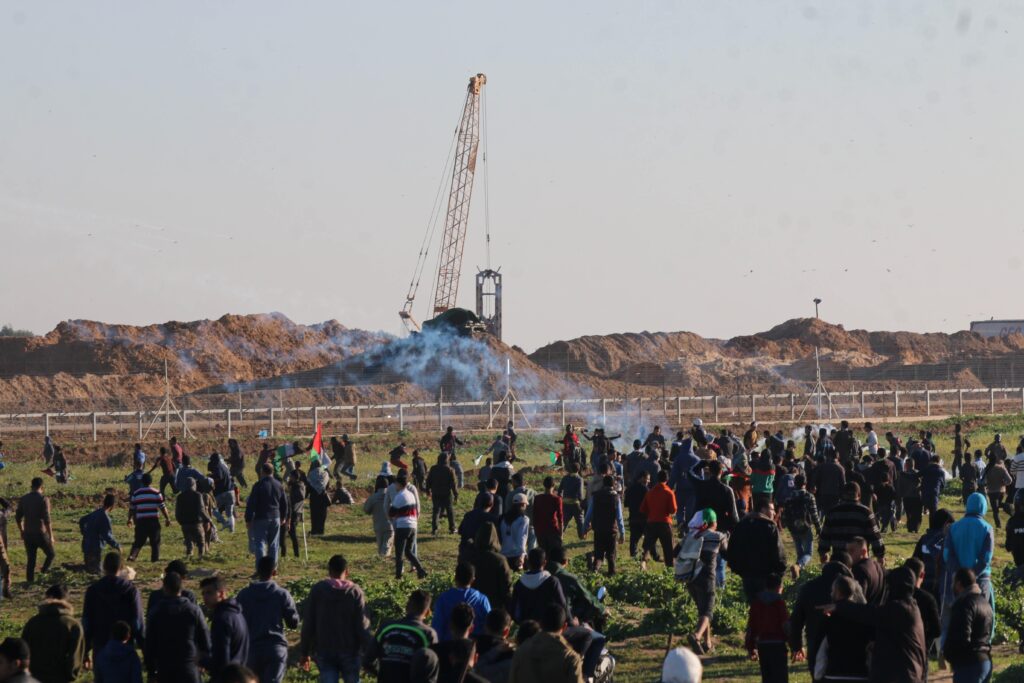 Gazans protesting at the fence. Photo by Mohammed Asad.

4 Oct 2019 – Have you watched reports of the Chinese government’s attacks on protesters in Hong Kong? American media are outraged, and the shooting of a young man two days ago was national news here. The fact that the protesters hurl bricks is treated in the reports I’ve watched as just another form of protest.

Contrast those stories to the often-sympathetic coverage that Israel has gotten while killing nearly 200 protesters at the Gaza fence over the last year and a half, and maiming hundreds of others. The New York Times has run four columnists justifying the killings. 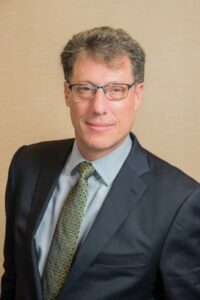 A new book that has gotten red-carpet treatment from the Times offers yet another spirited defense of the slaughter. In “We Stand Divided,” Daniel Gordis writes that Israel faced an existential threat from these protesters and had no choice but to kill them to prevent a “bloodbath” inside Israel.

In the summer of 2018, when Palestinians began massive protests along the Gaza border, Israeli troops were forced to use live fire to keep masses of Gazns from approaching and then trampling the fence; had the fence been overrun, hundreds or even thousands of Gazans could have spread out across the area along the border, which is dotted with dozens of Israeli towns, kibbutzim, and even cities. There were concerns that a bloodbath might ensue.

To prevent that eventuality, the IDF ordered soldiers not to let anyone approach the fence. Tragically, some Gazans, especially the young, heeded the call of Palestinian leaders to attack the fence, and many were shot. On a particularly horrific day in May 2018 (not coincidentally, the very same day that the American embassy in Jerusalem officially opened), some sixty Palestinians were killed trying to approach the fence. It was a grim day for Israelis, who were saddened by the loss of life. Nonetheless, even among Israel’s left, there were no mass demonstrations, no widespread calls for investigations of the army’s policy or its execution, and no calls for a change in government as a result of what had happened….

The tragedy of the shootings was that American liberal Jews cannot comprehend Israel’s response, Gordis says. He cites a Forward headline, “Israel’s Choice to Shoot Palestinians Should Horrify–But Not Surprise Us,” and says it reveals a misperception of Israeli Judaism. American Jews think of Judaism as a universal religion, but for Israelis, Judaism is a Jewish nation centered in Israel whose survival is at stake if any credibility is given to the right of return of Palestinian refugees. (There is never any sense in Gordis’s account that Palestinians, who make up 20 percent of Israel, have any voice in how Israel treats Palestinians.)

So it’s American “Judaism as justice” versus Israeli “Judaism-as-survival,” Gordis says, and Judaism as survival is more important.

Gordis’s book is yet another argument that American Jews should not abandon Israel, because we can’t be Jewish without Israel. American Jews cannot have “a Jewish life without an alliance with Israel at its core,” he writes. And of course Israel needs us; so the entire future of the Jewish people is at stake in that relationship.

Look what we get out of it: Israel supplies American Jews “drama, in the very best sense of the word,” an engagement with history. Because the “story of the return of the Jewish people to its ancestral homeland is one of the greatest dramas in the history of humankind.” And when we go to Israel we can experience the “magic” of being exposed to a “version of Jewish life wholly unlike their own lives in the United States.”

Gordis’s requirement that American Jews excuse the bloodbath in Gaza as the ticket price on having a Jewish identity is why so many young Jews are now turning against Zionism. His insistence on conflating Zionism and Judaism in an era when Israel has not a clue how to treat the indigenous population with anything approaching dignity or equality is doing untold damage to one of the jewels of civilization, Jewish culture.

P.S. Gordis has gotten a ton of respect from liberal Zionists, including a forum with Tom Friedman. In his review of Gordis’s book, Michael Koplow, a liberal Zionist, does not mention Gordis’s defense of the Gaza slaughter. And he says that American Jewish groups are down for Zionism; and IfNotNow and Michael Chabon are outliers…

To look at the deeply Zionist American Jewish community, where every major American Jewish organization of any significance supports Israel not only in practice but specifically as a Jewish state and where over 90% of American Jews say they have favorable feelings toward Israel, and to posit that the real problem is a rejection of the concept of Israel’s Jewish nature is a puzzling leap.

Philip Weiss is Founder and Co-Editor of Mondoweiss.net.