Let Me Know When It’s Over

15 Oct 2019 – Maybe it’s my cheap seat or my general exhaustion, but the whole staged spectacle is beyond tiresome; I’ve had my fill. 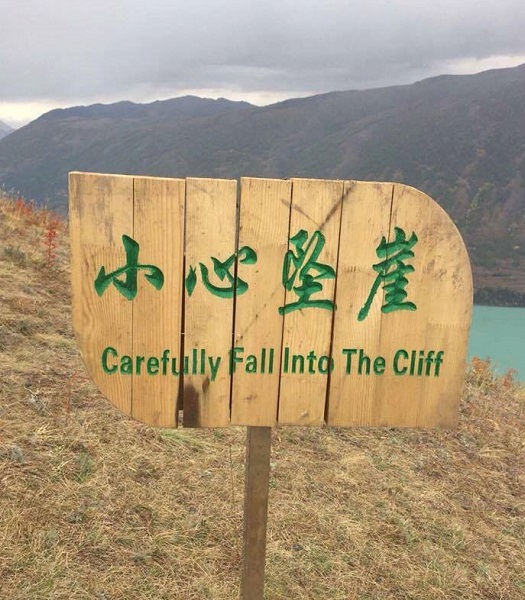 Let me know when it’s over–yes, all of it: the impeachment, the trade dispute with China, U.S. involvement in Syria, the manic stock market rally and the 2020 election.

I’m not interested in following every twist and turn of the endless trauma-drama because none of it changes anything: Swapping Pence for Trump changes nothing, and then swapping Warren for Pence in 2020 doesn’t change anything, either: the rot is too deep for any one person to do much beyond feel-good virtue-signaling and symbolic gestures (tax the billionaires, etc.)

The entire political process has devolved to staged battles in the Bread and Circuses Coliseum, entertainment that is highly profitable for the corporate media that whips the partisan mobs into a frenzy and highly useful for the status quo, as the sound and fury signifying nothing serves to distract the restive audience from the decline of everything of value: civil liberties, free expression, social mobility, free markets and so on.

The nation is in the deadly grip of cartels, monopolies and bureaucracies tasked with increasing and protecting the continuing concentration of wealth and power in financial and political elites.

We are eating our seed corn while borrowing profligately from the future to create an illusion of growth–an illusion that requires ever greater levels of intervention / manipulation and propaganda. Dissent must be buried or silenced, as the absurd disconnects from reality reach new extremes.

China is in the same boat, having borrowed $40 trillion into existence to fund a vast permanent construction project that has completed everything that is remotely useful and is now lumbering onward building ghost cities, stadiums, malls, highways across deserts, etc. because that worked so well for 30 years and policy makers don’t have any sustainable alternatives. That malinvestment leads to default and bankruptcy is That Which Cannot Be Spoken, lest the entire financial house of cards collapses.

In other words, a trade agreement won’t change anything: the world’s major economies are careening toward a demographic / financial / energy cliff that can’t be reversed with a trade deal or any other policy tweaks on the margins.

As for all our foreign entanglements–there’s no ending them, no matter how disastrous because the Imperial Pretensions / Project has no intention of ceasing the multi-level interventions of postmodern imperialism, regardless of who’s president.

Look, the clowns are harassing a chained bear–it’s the Stock Market Circus, led by head clown Powellus Absurdus. The must-always-levitate-higher stock market is the comic relief for the dismal slaughter of innocents that makes up the rest of the entertainment. Ha-ha, what fun the clowns make of the enraged bear, until the bear break loose and then ha-ha, the clowns scatter.

The mood of the mob is fast becoming ugly; even the victors of the staged games are being booed. The attention span of the audience has dwindled to the point that few even wait for the outcome of the contest to scream for somebody’s blood. The crowd is no longer satiated by gore or drama, and even the comedic interludes no longer mask the sense that the mob is one spark away from taking their rage and frustration out on each other–the vicarious thrills are no longer enough.

Maybe it’s my cheap seat or my general exhaustion, but the whole staged spectacle is beyond tiresome; I’ve had my fill. So let me know when it’s all over: the impeachment entertainment, the trade war drama, the stock market comedy, the election circus, all of it.

Until then, I’ll look to the real world for amusement and distraction. The Bread and Circuses Coliseum is feeling increasingly deranged and dangerous.

Charles Hugh Smith – We moved to Honolulu, where I graduated from Punahou School and earned a degree in Comparative Philosophy (i.e. East and West) at the University of Hawaii-Manoa. The family moved back to California and I stayed on, working my way through college apprenticing in the building/remodeling trades. I was quite active in the American Friends Service Committee (Quakers) and the People’s Party of Hawaii in this era (1970s). I next moved to the Big Island of Hawaii, where my partner and I built over fifty custom homes and a 43-unit subdivision, as well as several commercial projects. Nearly going broke was all well and good, but I was driven to pursue my dream-career as a writer, so we moved to the San Francisco Bay Area in 1987 where I worked in non-profit education while writing free-lance journalism articles on housing, design and urban planning. My recent books: Will You Be Richer or Poorer? Profit, Power and A.I. in a Traumatized World . Pathfinding our Destiny: Preventing the Final Fall of Our Democratic Republic ( audiobook). The Adventures of the Consulting Philosopher: The Disappearance of Drake. Money and Work Unchained.