They Call It Multistakeholderism. Where Does That Leave the UN? 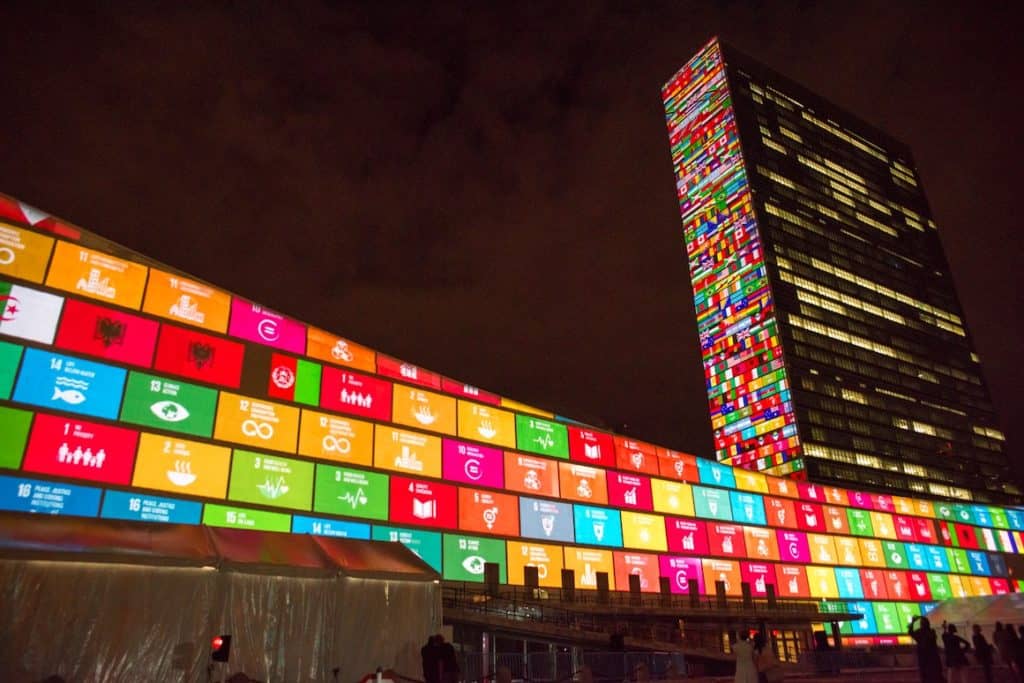 2 Sep 2019 – Global governance is slipping away from the United Nations.

Whether it is in managing the Internet, where the UN’s governing structure offers only an advisory role for governments; or climate change, where the most exciting actions are now corporate-led partnerships outside the UN Framework Convention on Climate Change; or the Gates Foundation-sponsored Gavi, The Vaccine Alliance, which is in a tug of war with the World Health Assembly on who sets health policy in developing countries, the institutional basis for global decision-making is changing—not for the better.

Where nongovernmental organizations were once the largest nonstate entities attending UN system meetings, transnational corporations have become the biggest players. They participate in well-attended public-private partnership sessions at the UN Conference on Trade and Development, the Human Rights Council and the High-Level Political Forum, the key body for following up on the Sustainable Development Goals.

The latest institutional foray is a World Economic Forum-UN partnership agreement. Under this arrangement, senior UN leaders are invited at national, regional and international levels to interact with forum members, many of whom are actually causing the global problems that the UN system is tasked to fix, such as climate change.

These developments are part of a new global governance approach, one in which a team of corporate executives, leaders of civil society organizations, officials from governments and the UN system, academics and other players take on the governance of a specific international challenge.

In the economic, social and environmental fields, this governance arrangement is called multistakeholderism, as each new global decision-maker is said to represent a “stakeholder” in an issue. In practice, these governance arrangements can have a role equal to or greater than the one held by the intergovernmental body officially assigned to address a universal problem.

These experiments in a new form of global governance and the 2010 report on the Global Redesign Initiative by the World Economic Forum run counter to efforts to enhance a sense of democracy as part of global decision-making.

Corporate executives — not leaders of small- and medium-size enterprises, nor microenterprises — are central to these groups and public-private partnerships. Yet these bodies have their own internal governance and constituencies; as a result, they redraft global principles that were agreed on by governments to meet their own, often business-focused, concerns. The selected government officials, those considered sympathetic to the goals of multistakeholders, sit on the board as only one of the decision-makers. At the same time, the other players are elevated to a role in global governance without any democratic basis for their participation.

This dynamic is quite different from the one prevalent during the conferences of the 1990s, when civil society organizations, farm and labor organizations, educators, scientists, women and businesses gathered to provide diversified voices to governments, which alone led international decision-making.

UN public-private partnerships tend to worsen changes in the relationship between the intergovernmental process and UN secretariat staff members, who act as the administrative arm of a UN entity. Where once the secretary-general and the heads of UN specialized agencies and programs saw themselves — and were seen by UN member governments — as governed by a specific intergovernmental body, now the secretariats act more autonomously. They strike up relationships with multiplayer bodies like the World Economic Forum and corporations without intergovernmental oversight.

A result of the increase in institutional ties between the UN and senior corporate executives is that civil society organizations, educators, scientists, women and other social communities have less ability to influence the behavior of the UN bodies and the intergovernmental process.

The weakening tie is driven both by outside factors and internal realities. The pressures on the UN system are significant. There is the cumulative effect, for example, of more than 30 years of flat or negative regular budget growth of the UN. As an extension of President Trump’s effort to deconstruct the domestic regulatory state in the United States, his administration is also striving to deconstruct the UN system.

Internally, the secretariats perceive that taking relatively autonomous actions is one way to deliver on their generic assignments and to offset the underfunded regular budget by reaching out to potential corporate donors. This increased autonomy is often reflected in more willingness to accept invitations to join a multistakeholder group to “represent” the UN and governments or to invite major corporations to join a secretariat-led multiparty group. These new links can allow corporations to assert that they are working with the UN — albeit without intergovernmental oversight.

They can also influence a UN secretariat to frame solutions to global problems in ways that are sensitive to their corporate constituency but not necessarily focused on government expectations or the need for leading the world toward systemic reforms.

Of course, the interests of corporations vary. For some consumer-oriented businesses, their increased role in UN operations is a chance to secure a role in creating a global sustainability market for a specific product or service. For other multinationals, particularly those affiliated with the World Economic Forum, it is an opportunity, after the shocks of the 2008 financial crisis, to relegitimate the globalized market in the minds of international and national elites.

It does not need to be so. Steps can be taken by governments to reassert leadership in managing globalization and mitigating global environmental crises. These could include a clear definition of conflict of interests to guide secretariats when they partner with a specific enterprise; an intergovernmental review of multistakeholders’ plans to ensure they follow UN goals; and improving intergovernmental oversight of the entire UN system through regular meetings of the heads of all intergovernmental bodies.

With the advent of many players involved in decision-making and international public-private partnerships, the secretariats are increasingly semiautonomous from their intergovernmental body, reaching out to one constituency, the international business community, thus marginalizing their overall roles with other global constituencies.

These developments undermine a public view that democracy — one country-one vote with all of its exceptions — will be the guiding global governance principles today and in the future.

Harris Gleckman is a senior fellow at the Center for Governance and Sustainability, UMass-Boston, and director of Benchmark Environmental Consulting. His latest study, Multistakeholder Governance and Democracy: A Global Challenge, was published by Routledge in 2018. He is the former chief of the New York office of UNCTAD, among other previous roles. For 30 years, he undertook policy-oriented research on multinational corporations, global environmental management, financing for development, global governance institutions and the economics of climate change.