A Foie Gras Ban Was Overdue – but What About Other Foods Made from Animal Suffering?

Some aquatic animals, like fish and octopus, are chewed to death while still alive. Others are boiled alive, ripped or cut apart, or even salted to death. 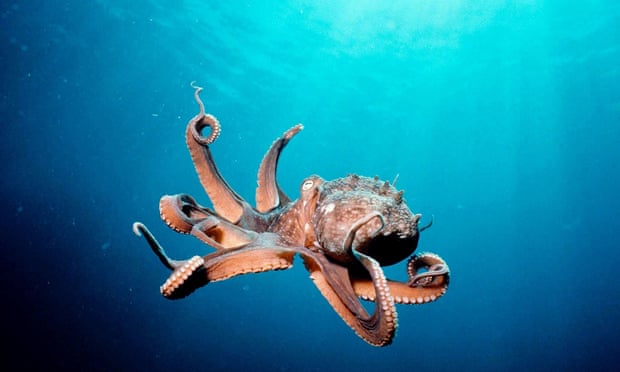 One of the worst ways for an animal to die is being chewed to death while still alive. This practice is particularly common with aquatic animals like fish and octopus.
Photograph: Alamy Stock Photo

From the perspective of animal rights activists, this is a long time coming. Foie gras has transformed many animal lovers from conscious consumers to passionate protesters. The production process of foie gras is particularly disturbing: a bird is force-fed three times a day with a long, metal pipe down their throat, all to satiate the gastronomic whims of Wall Street’s 1% in posh Manhattan restaurants.

Foie gras causes understandable outrage. But there are countless other foods made from animal suffering. So which are the worst offenders? 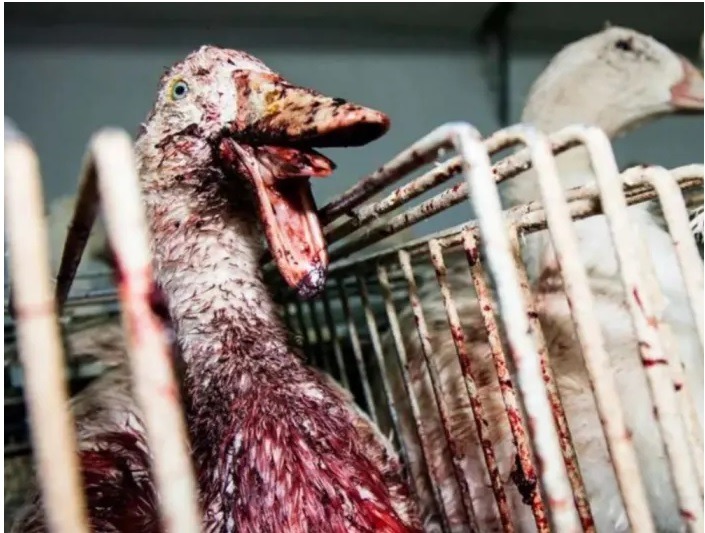 In my book The End of Animal Farming, I try to determine which foods are most unethical by doing the following math. First I calculate three things: the calories per animal (you get 200 times more meat from a cow than a chicken); the lifespan of each animal on the farm; and an economic factor called elasticity, which is the estimate of how much a change in quality affects quantity produced.

Putting these together, we get that eating just 500 calories of chicken meat leads to three days of factory farm suffering, and eggs lead to 6.3 days! Farmed fish ranges from 27 to 159 days. Compare that to pork at 7.6 hours, beef at 3.8 hours, and cow’s milk at only around 17.5 minutes.

The first thing to notice here is the “small animal rule”. Consuming smaller animals tends to lead to far more suffering per calorie because it takes far more animals, outweighing most other factors. In fact, chickens and fish comprise 95% of all farmed animals. This is worsened by the fact that small animals often endure worse living conditions because they are so easily factory farmed.

The second is that the differences are huge. Eggs lead to hundreds of times more direct suffering than milk. If someone eats beef and drinks milk but cuts out all other animal products, they could have more than 99% of the direct impact of a vegan diet.

But what about less common foods like foie gras? There is less data available, but we can cautiously extrapolate the small animal rule. Because foie gras is a small number of calories per animal, and the suffering per animal is clearly immense, it is certainly near the top of any list of the cruelest foods. On the other hand, while the baby calves used to produce veal endure emotional and physical confinement, they are slaughtered at weights around 700lb, almost a hundred times larger than the average meat chicken slaughter weight of nine pounds. So veal’s “suffering per calorie” is not as large as you would expect based on the emotionally fraught images shown by animal activists.

One of the worst ways for an animal to die is being chewed to death while still alive. This practice is particularly common with aquatic animals like fish and octopus and relatively small animals. The biggest suffering per calorie may come from the tiniest animals, such as a popular Chinese dish called “drunken shrimp”. A large number of tiny shrimp are submerged in alcohol and eaten alive, surviving long enough to squirm in the mouth due to the alcohol. Other aquatic animals are boiled alive, ripped or cut apart, or even salted to death.

Of course, there is probably a significant difference in chicken and shrimp sentience – the ability to experience feelings like happiness and suffering. Shrimp certainly have simpler nervous systems – consisting of only a few ganglia – but with our limited knowledge of how sentience manifests, can we really justify a claim that they are a thousand times less sentient?

There may be one exception to the small animal rule: immobile bivalves – oysters and mussels – are probably not even as sentient as shrimp. The most sophisticated behavior, indicative of sentience, is that mussels can attach themselves more strongly to the ropes they grow on when they detect chemicals secreted by common predators. But even plants exhibit similar behaviors, such as growing in the direction of light (phototropism).

Some thoughtful vegans are switching to the “bivalvegan” diet: avoiding meat, dairy, and eggs, but making an exception for oysters and mussels.

Of course we also need to consider environmental impacts and other factors like convenience. If you switch to a “vegan-except-beef-and-milk” or “bivalvegan” diet, you might spend a lot of time explaining your dietary decisions. On the other hand, you might have an interesting conversation if you explain your diet comes from calculations of “suffering per calorie” or a “small animal rule”, which could seem more rational and level-headed than the usual stereotypes.

Needless to say, there are too many factors to dive into here. But if we’re banning foie gras, there’s a good case for banning other foods made from birds, as well as fish products, and definitely any food that involves eating live animals. Then again, with plant-based foods getting better and cheaper every year, and cell-cultured meat right around the corner, maybe it’s time to stop eating animals altogether.