After Evo, the Lithium Question Looms Large in Bolivia

The overthrow of the elected leader cannot be understood without a glance at the nation’s massive reserves of this crucial mineral. 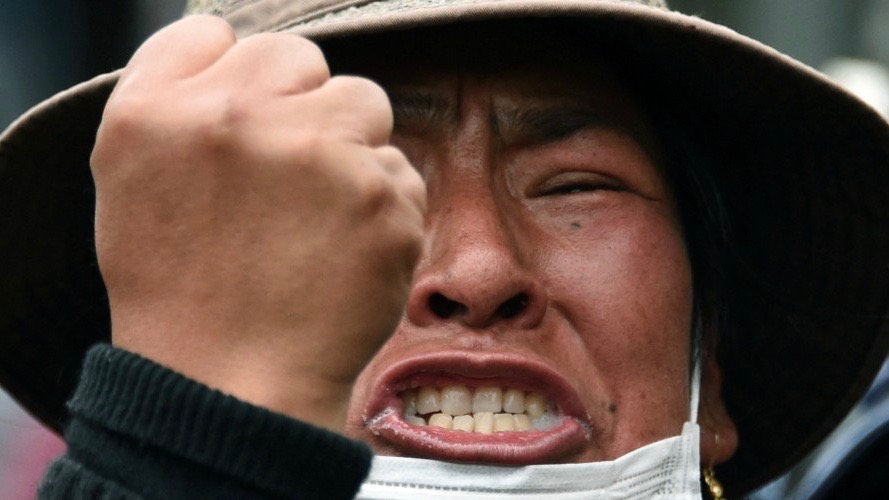 Supporters of Bolivian ex-President Evo Morales, take part in a march in downtown La Paz on November 12, 2019, after he left in exile to Mexico. – Bolivia’s Evo Morales was en route to exile in Mexico on Tuesday, leaving behind a country in turmoil after his abrupt resignation as president. The senator set to succeed Morales as interim president, Jeanine Anez, pledged to call fresh elections to end the political crisis.
(Photo: Aizar Raldes/AFP via Getty Images)

13 Nov 2019 – Bolivia’s president Evo Morales was overthrown in a military coup on November 10. He is now in Mexico. Before he left office, Morales had been involved in a long project to bring economic and social democracy to his long-exploited country. It is important to recall that Bolivia has suffered a series of coups, often conducted by the military and the oligarchy on behalf of transnational mining companies. Initially, these were tin firms, but tin is no longer the main target in Bolivia. The main target is its massive deposits of lithium, crucial for the electric car.

Over the past 13 years, Morales has tried to build a different relationship between his country and its resources. He has not wanted the resources to benefit the transnational mining firms, but rather to benefit his own population. Part of that promise was met as Bolivia’s poverty rate has declined, and as Bolivia’s population was able to improve its social indicators. Nationalization of resources combined with the use of its income to fund social development has played a role. The attitude of the Morales government toward the transnational firms produced a harsh response from them, many of them taking Bolivia to court.

Over the course of the past few years, Bolivia has struggled to raise investment to develop the lithium reserves in a way that brings the wealth back into the country for its people. Morales’ vice-president Álvaro García Linera had said that lithium is the “fuel that will feed the world.” Bolivia was unable to make deals with western transnational firms; it decided to partner with Chinese firms. This made the Morales government vulnerable. It had walked into the new Cold War between the west and China. The coup against Morales cannot be understood without a glance at this clash. 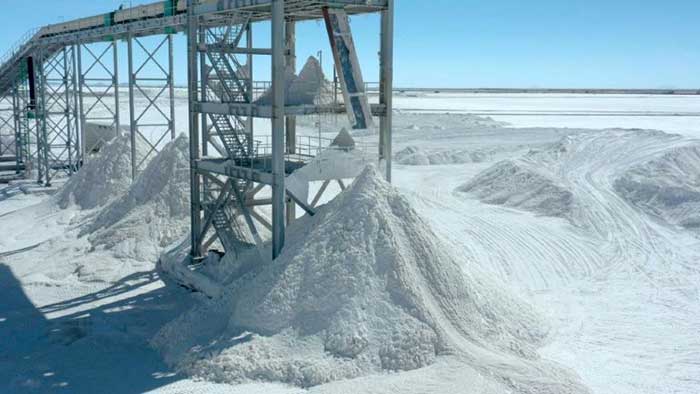 Clash with the Transnational Firms

When Evo Morales and the Movement for Socialism took power in 2006, the government immediately sought to undo decades of theft by transnational mining firms. Morales’ government seized several of the mining operations of the most powerful firms, such as Glencore, Jindal Steel & Power, Anglo-Argentine Pan American Energy, and South American Silver (now TriMetals Mining). It sent a message that business as usual was not going to continue.

Nonetheless, these large firms continued their operations—based on older contracts—in some areas of the country. For example, the Canadian transnational firm South American Silver had created a company in 2003—before Morales came to power—to mine the Malku Khota for silver and indium (a rare earth metal used in flat-screen televisions). South American Silver then began to extend its reach into its concessions. The land that it claimed was inhabited by indigenous Bolivians, who argued that the company was destroying its sacred spaces as well as promoting an atmosphere of violence.

On August 1, 2012, the Morales government—by Supreme Decree no. 1308—annulled the contract with South American Silver (TriMetals Mining), which then sought international arbitration and compensation. Canada’s government of Justin Trudeau—as part of a broader push on behalf of Canadian mining companies in South America—put an immense amount of pressure on Bolivia. In August 2019, TriMetals struck a deal with the Bolivian government for $25.8 million, about a tenth of what it had earlier demanded as compensation.

Jindal Steel, an Indian transnational corporation, had an old contract to mine iron ore from Bolivia’s El Mutún, a contract that was put on hold by the Morales government in 2007. In July 2012, Jindal Steel terminated the contract and sought international arbitration and compensation for its investment. In 2014, it won $22.5 million from Bolivia in a ruling from Paris-based International Chamber of Commerce. For another case against Bolivia, Jindal Steel demanded $100 million in compensation.

The Morales government seized three facilities from the Swiss-based transnational mining firm Glencore; these included a tin and zinc mine as well as two smelters. The mine’s expropriation took place after Glencore’s subsidiary clashed violently with miners.

Most aggressively, Pan American sued the Bolivian government for $1.5 billion for the expropriation of the Anglo-Argentinian company’s stake in natural gas producer Chaco by the state. Bolivia settled for $357 million in 2014.

The scale of these payouts is enormous. It was estimated in 2014 that the public and private payments made for nationalization of these key sectors amounted to at least $1.9 billion (Bolivia’s GDP was at that time $28 billion).

In 2014, even the Financial Times agreed that Morales’ strategy was not entirely inappropriate. “Proof of the success of Morales’s economic model is that since coming to power he has tripled the size of the economy while ramping up record foreign reserves.”

Bolivia’s key reserves are in lithium, which is essential for the electric car. Bolivia claims to have 70 percent of the world’s lithium reserves, mostly in the Salar de Uyuni salt flats. The complexity of the mining and processing has meant that Bolivia has not been able to develop the lithium industry on its own. It requires capital, and it requires expertise.

The salt flat is about 12,000 feet (3,600 meters) above sea level, and it receives high rainfall. This makes it difficult to use sun-based evaporation. Such simpler solutions are available to Chile’s Atacama Desert and in Argentina’s Hombre Muerto. More technical solutions are needed for Bolivia, which means that more investment is needed.

The nationalization policy of the Morales government and the geographical complexity of Salar de Uyuni chased away several transnational mining firms. Eramet (France), FMC (United States) and Posco (South Korea) could not make deals with Bolivia, so they now operate in Argentina.

Morales made it clear that any development of the lithium had to be done with Bolivia’s Comibol—its national mining company—and Yacimientos de Litio Bolivianos (YLB)—its national lithium company—as equal partners.

Last year, Germany’s ACI Systems agreed to a deal with Bolivia. After protests from residents in the Salar de Uyuni region, Morales canceled that deal on November 4, 2019.

Chinese firms—such as TBEA Group and China Machinery Engineering—made a deal with YLB. It was being said that China’s Tianqi Lithium Group, which operates in Argentina, was going to make a deal with YLB. Both Chinese investment and the Bolivian lithium company were experimenting with new ways to both mine the lithium and to share the profits of the lithium. The idea that there might be a new social compact for the lithium was unacceptable to the main transnational mining companies.

Tesla (United States) and Pure Energy Minerals (Canada) both showed great interest in having a direct stake in Bolivian lithium. But they could not make a deal that would take into consideration the parameters set by the Morales government. Morales himself was a direct impediment to the takeover of the lithium fields by the non-Chinese transnational firms. He had to go.