If You Have Two Sets of News Media, You Have None 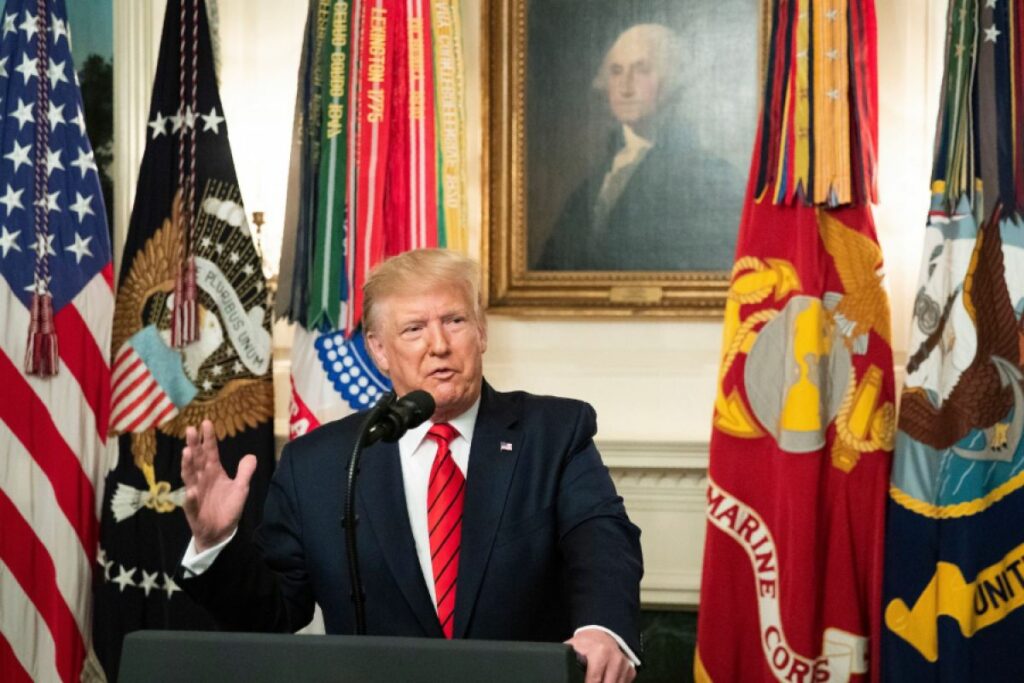 President Donald Trump speaks in the Diplomatic Room of the White House in Washington, announcing that Abu Bakr al-Baghdadi, the shadowy leader of the Islamic State group, is dead after being targeted by a U.S. military raid in Syria.
Manuel Balce Ceneta/AP/Shutterstock

The Post has since rewritten that, though the description of an “austere religious scholar with wire-rimmed glasses” remains in the lead paragraph.

Meanwhile, the headline on Foxnews.com:

Al-Baghdadi Kill: How the Daring Military Operation Went Down

The Post headline would fit a quiet academic who died in his sleep, not a genocidal jihadist leader. The Fox headline is less nuts, but still not quite right: al-Baghdadi wasn’t killed but reportedly committed suicide, while pursued by American “military dogs.”

Donald Trump was correct when he tweeted Saturday night that something “big” had happened, but from there, America received two almost completely different versions of the story of al-Baghdadi’s pursuit and suicide. It was a vivid demonstration of how dysfunctional the modern news landscape has become.

When important events take place now, commercial news outlets instantly slice up the facts and commoditize them for consumption by their respective political demographics. We always had this process, to some degree, but it no longer takes days to sift into the op-ed pages.

Now news is packaged for Republicans or Democrats on the first reporting pass. Moreover, it’s no longer true that Fox is more blatant about its slant than the Democrat-friendly press, which in the Trump years has become a bullhorn of caricatured bellyaching in the same way Fox was in the Clinton years.

The Trump version of the Baghdadi story was a predictable heroic cartoon. The Obama administration at least had the decency to seek out a decent director and wait a year or so before the heroic Zero Dark Thirty bin-Laden-killing epic was released. Trump decided the skip the Hollywood negotiations and deliver the boffo movie lines upfront.

“He died like a dog, he died like a coward,” Trump said, saying al-Baghdadi died “whimpering and crying.” Al-Baghdadi, Trump said, was the “biggest ever” terror villain, even bigger than bin Laden, because he “built a caliphate.” He even praised the “beautiful dog, talented dog” that chased al-Baghdadi into a tunnel. The White House released photos of Trump and advisers watching the assault, an experience Trump described as being like “you were watching a movie.”

Conservative media immediately emphasized the political benefit of the raid to Trump, as in the Fox headline, “Al-Baghdadi takedown catches Dems flat-footed, blunts criticism of Trump’s Syria pullback.” There was also mockery of liberal culture-war targets like Saturday Night Live, which ran an ill-timed gag this weekend. “SNL mocks Trump for ‘bringing jobs back to ISIS’ amid operation targeting Abu Bakr al-Baghdadi in Syria,” read the Foxnews.com headline.

Meanwhile, in what increasingly feels like a monolithic bloc of anti-Trump media at the New York Times, Washington Post, CNN, MSNBC, etc., the Baghdadi headlines were a remarkable collection of angst-ridden talking points. Even if you’re not the kind of person who can ever celebrate a violent helicopter assault that results in the deaths of children – I count myself in that number – the difference in how this story was covered compared to analogous stories about bin Laden or Abu Musab al-Zarqawi was striking. Apparently, the salient facts about the death of al-Baghdadi included:

That last story – that Trump’s situation room photo was taken nearly two hours after the raid happened, undercutting the notion that Trump was “watching a movie” – flew around the Internet for hours before it turned out to have been based on an error. Actual news outlets noted the presence of unplugged Ethernet cables, like moon landing conspiracists pointing out suspicious shadows. It should be noted that similar absurdities directed toward Obama rocketed around the Internet after the bin Laden news broke.

Appropriately, many Americans used to roll their eyes at the brazen pettiness of Fox news. During the Obama years, the network seemed constitutionally incapable of reporting positive news of any kind, or even dealing with anodyne developments rationally. “This is proof he’s a Marxist,” was a famed Fox line about Obama’s decision to wear a tan suit.

Trump is inspiring similar insanity now with Fox’s opposites at the Times, Post, CNN, MSNBC, etc. I’m no fan of Trump either, but this has gotten to the point where there’s no longer anyplace to go, if you’re looking for unslanted first-draft takes on news. I’m increasingly forced to turn to the BBC and AFP to try to grab raw quotes and numbers before spin doctors in American outlets have a chance to salt news with hot takes.

During the Trump-Clinton presidential race three years ago, I wrote:

The al-Baghdadi story is a classic example of what happens when that dynamic is allowed to play out to its logical conclusion. From Fox to the New York Times, all of the major commercial outlets this weekend were more consumed with telling audiences who benefited politically from the al-Baghdadi mission, than getting the facts about that mission out.

This is a disservice to audiences, who deserve to know the basics. Who is al-Baghdadi? How did he come to be the leader of ISIS/ISIL? Why was he in Idlib? The story of this person ought to have been a mix of the enraging and the sobering. Al-Baghdadi was reportedly involved in all sorts of atrocities, from beheadings to crucifixions, but he seems to have become radicalized by America’s invasion of Iraq.

This ought to have been a moment to reflect on what’s happened in the last twenty years, and if our policies across multiple administrations have been the right ones. Would we even be launching operations against such a person if we hadn’t invaded Iraq all those years ago? What’s the endgame? What do the people of the region think?

All of this has been subsumed to the only story left that matters in the United States – who’s winning Twitter at any given moment, Trumpers or anti-Trumpers? News outlets are now so committed to pushing one or the other narrative that they are falling prey to absurdities like the Post’s “austere cleric” headline.

If papers are going to go this far in an obituary to avoid even the implication of a favorable Trump narrative, how are audiences supposed to trust reporting on super-charged partisan stories like impeachment? There’s more to life, and to the news, than what is or isn’t good for Donald Trump. Can’t we at least get a day or two of facts before we fight over whom they favor?