2 Nov 2019 – Civilian casualties have reached a record high in the 18-year-old US war in Afghanistan as the Trump administration has broken off talks with the Islamist insurgents of the Taliban and ordered a sharp escalation in US airstrikes and night raids by CIA-backed death squads.

According to a report issued by the United Nations Assistance Mission in Afghanistan (UNAMA), more than 4,300 Afghan civilians were killed or wounded between July and September of this year, an all-time high for any quarter since the agency began keeping figures a decade ago. 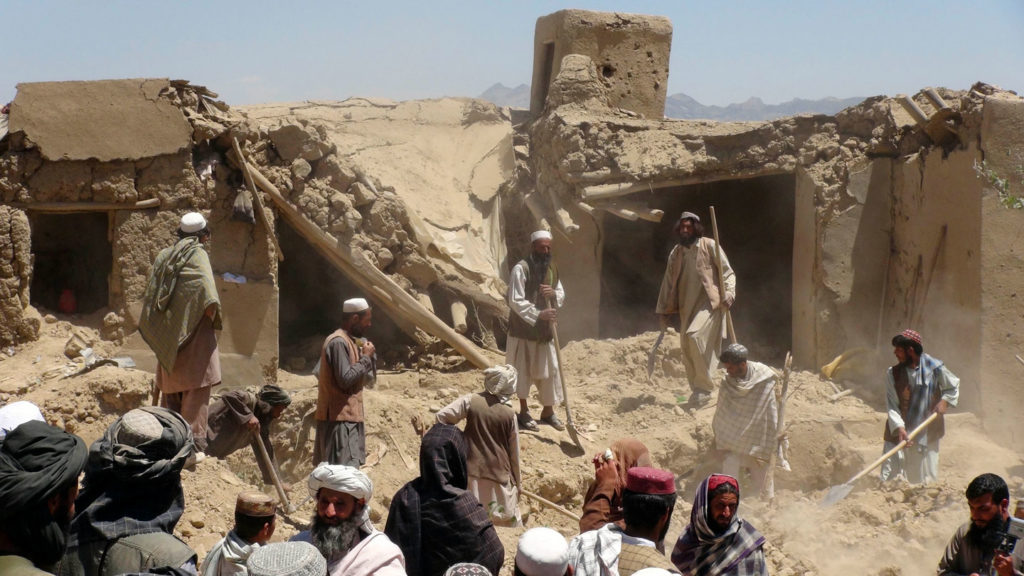 In a 42 percent increase in casualty figures compared to the same period last year, 1,174 civilians were killed and 3,139 wounded. The report further recorded the killing of at least 2,563 civilians in the first nine months of this year, including 261 women and 631 children.

While the report blamed the Taliban’s attacks for 46 percent of the casualties, US air strikes saw the steepest increase for any cause of death and injuries, with the UN recording their killing or wounding of 650 civilians during the first nine months of 2019, more than double the casualties inflicted by US bombings a year ago.

According to Pentagon figures, US warplanes struck Afghanistan with nearly 40 airstrikes each and every day during September of this year, reaching a total of more than 1,100 bombing raids over the course of the month. This is more than double the number of strikes carried out as recently as July.

UNAMA has also pointed to so-called “kill-or-capture” or “night raids” carried out by a network of shadowy militias that have been organized, financed and directed by the US Central Intelligence Agency as a growing and disturbing cause of civilian casualties.

Operating outside of the chain of command of either the Afghan or US military, these militias include the so-called Khost Protection Force, which was formed by former Northern Alliance militias after the US 2001 invasion, working in close collaboration with the CIA. Others are known simply as NDS 01, NDS 02, NDS 03 and NDS 04, ostensibly under the command of the Afghan National Directorate of Security, but in reality answering to no one besides the CIA’s operatives in Afghanistan. All of them have carried out a reign of terror in rural areas where the US and its puppet regime are contesting the Taliban for control.

A report issued late Wednesday [30 Oct] by Human Rights Watch, titled “‘They’ve shot many like this,’ Abusive night raids by CIA-backed Afghan strike forces,” has charged that the US agency is running death squads in Afghanistan that have carried out extrajudicial executions, forced disappearances and murderous attacks on medical facilities. The report states that these actions constitute war crimes under international law. 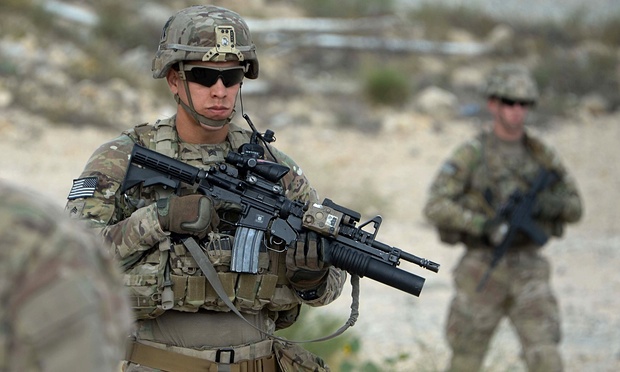 The CIA’s role in directing these death squads is bound up with their illegal character. The US military’s special operations units, which had previously conducted such operations, scaled back on night raids in 2011 in the face of widespread protests by the Afghan population. While US law bars the Pentagon and the State Department from funding foreign militias involved in crimes against civilian populations, no such rule applies to the covert activities of the CIA. The intelligence agency has run the death squads with the participation of US special forces, principally Army Rangers, who are loaned out to the agency under a program initially dubbed as Omega.

These special operations troops, along with CIA operatives and US military contractors, frequently accompany the Afghan militias in their “kill or capture” missions. Even when they don’t, the US military in most cases provides critical logistical support, including flying the death squads to their targets on helicopters, carrying out the logistical planning for these operations, and launching airstrikes to support them.

Describing the actions of the CIA-run militias as “war crimes,” Patricia Grossman, HRW’s associate Asia director and author of its report, said, “In case after case, these forces have simply shot people in their custody and consigned entire communities to terror of abusive night raids and indiscriminate airstrikes.”

The report describes a number of these missions, including an August 11, 2019 attack by the NDS 01 militia, accompanied by US personnel, on a village in eastern Paktia province. In the ensuing rampage, the report states, the strike force “blew open the doors of the house and shot four men in front of the rest of the family. In another house, they fatally shot three shopkeepers and one of their guests, all of whom were home for Eid celebrations. In the third incident, they killed a religious teacher and two construction workers.” Relatives reported that the victims, who were unarmed and offered no resistance, were shot either in the eyes or the mouth. 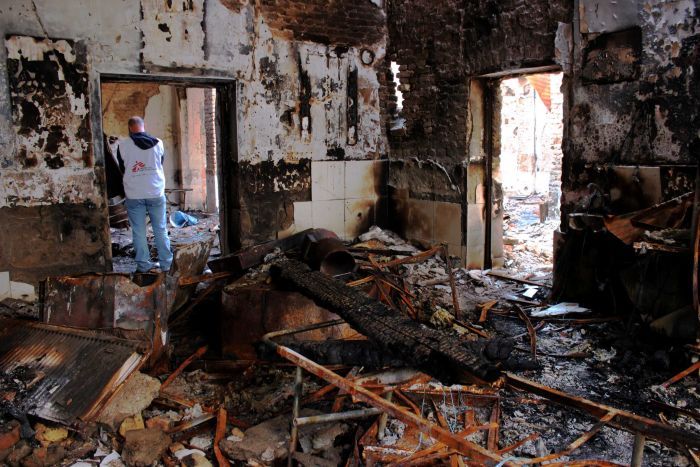 In another incident from October of last year, a raid by the NDS 02 militia in Nangarhar province resulted in 13 civilian deaths. A survivor of the raid, which went on for two nights, described one of the massacres: “First they blew up the door. When a father of the family came out of the house, they shot him first, then the sons came out to check on him and they killed them, then another brother came, and then the women stopped another brother from coming out. The women said, ‘Please don’t kill us,’ and then they shot an older woman. A younger girl ran to the brother and they shot her, injuring her, then killed the last brother.”

The HRW report describes similar atrocities carried out by the CIA death squads in Kandahar, Paktia and other provinces over the past year.

In a break from previous policy, the Pentagon has allowed the Afghan militias to directly call in the airstrikes without any regard to the presence of civilians in targeted areas.

These airstrikes have resulted in indiscriminate slaughter. The HRW report includes an interview with Masih Ur-Rahman Mubarez, whose entire family was killed in September of last year after a US and Afghan strike force raided a village in central Wardak province, which had long been under de facto Taliban control. The strike force called in a US air strike which struck Mubarez’s house killing his entire family, including his wife, four daughters, three sons and three nieces. The children ranged in age from four to 16. He told HRW: “I tried to call my family that morning. I could not reach them. Then a neighbor called and told me my house had been hit … I have lost everyone—I am alone now.”

The report also documents the systematic attacks carried out by the CIA-run militias on medical facilities suspected of treating wounded Taliban fighters, a patent war crime. In the most infamous case, a July 2019 raid on a Swedish-funded clinic in Wardak province, the death squad was ferried in aboard a US helicopter. After tying up all of the medical staff and family members of patients, the strike force dragged out four men, including the clinic’s director. After the gunmen had left, villagers found the bodies of three of the men, along with that of a family caregiver inside the facility. The director has disappeared.

The CIA responded to the HRW report with a blanket defense of its crimes and a thinly veiled warning against those who expose them. “War will never be ‘immaculate,’” it said. It added, “Our challenges are immense because we face enemies who do not wear uniforms, who hide among women and children, and who use lies about the death of civilians to try and check our effectiveness.”

These atrocities are the direct outcome of a deliberate strategy of the Pentagon and the CIA to continue the US war into its 19th year under conditions of a diminished direct US military presence on the ground. Gen. Scott Miller, the US commander in Afghanistan, reported last week that the US troop strength in the country had been cut by 2,000 over the past year to a current force of 12,000.

The Trump administration has ordered a sharp intensification of the slaughter in Afghanistan, where the number killed outright over the last 18 years is conservatively estimated at 150,000, with hundreds of thousands more dying from the effects of the war.

In early September, Trump scuttled a reported peace agreement with the Taliban reached after a year of negotiations. While the US president claimed that he took the action in response to the death of one US soldier in a Taliban attack, the reality is that he was responding to sharp criticism from both within the US military command and his ostensible political opponents in the Democratic Party.

In Afghanistan, as in Syria, Trump’s promise to end Washington’s “forever wars” has amounted to empty demagogy. His administration, like its Democratic and Republican predecessors, is continuing these wars, launched under phony pretexts of combating terrorism or “weapons of mass destruction.” Washington’s strategic aim remains the assertion of US hegemony over principal sources of the world’s energy resources—the Caspian Basin and the Persian Gulf—in a bid to reverse by military means the decline of American capitalism’s global dominance.