The RCEP Train Left the ASEAN Station Leaving India Behind

Biggest story at the ASEAN Summit was convergence of moves toward Asia integration, leaving Delhi out for now. 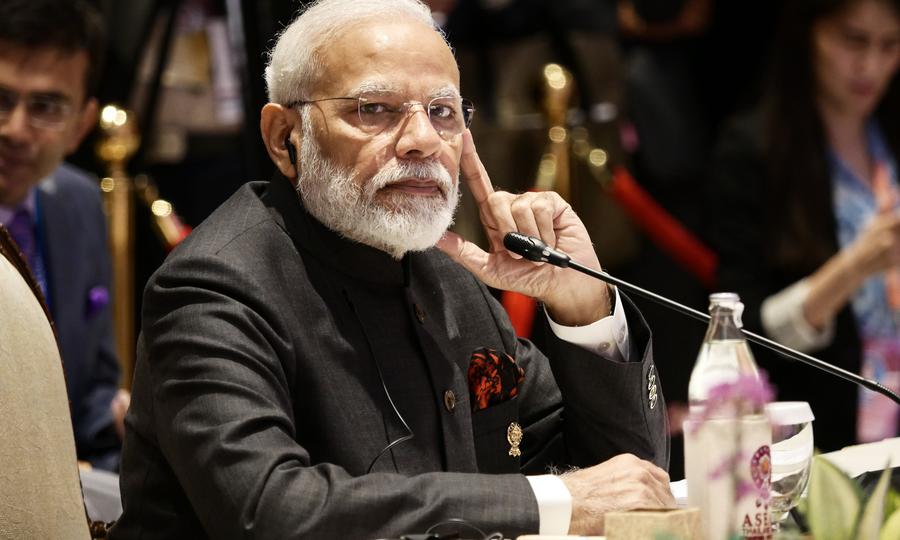 5 Nov 2019 – A pan-Asia high-speed train has left the station – and India – behind. The Regional Comprehensive Economic Partnership (RCEP), which would have been the largest free trade deal in the world, was not signed in Bangkok. It will probably be signed next year in Vietnam, assuming New Delhi goes beyond what ASEAN, with diplomatic finesse barely concealing frustration, described as “outstanding issues, which remain unresolved.”

The partnership uniting 16 nations – the ASEAN 10 plus China, Japan, South Korea, Australia, New Zealand and, in theory, India – would have congregated 3.56 billion people and 29% of world trade.

Predictably, it was billed as the big story among the slew of high-profile meetings linked to the 35th ASEAN summit in Thailand, as RCEP de facto further integrates Asian economies with China just as the Trump administration is engaged in a full spectrum battle against everything from the Belt and Road Initiative to Made in China 2025.

Chinese Vice Foreign Minister Le Yucheng was blunt: “It’s the 15 nations that have decided to move forward first.” And he added “there won’t be any problem for the 15 nations to sign RCEP next year,” when Vietnam takes over as the chair of ASEAN.

It’s not hard to figure out where the “problem” lies.

Diplomats confirmed that New Delhi came up with a string of last-minute demands in Thailand, forcing many to work deep into the night with no success. Thailand’s Commerce Minister, Jurin Laksanawisit, tried to put on a brave face: “The negotiation last night was conclusive.”

It was not. Malaysian Prime Minister Mahathir Mohammad – whose facial expression in the family photo was priceless, as he shook hands with Aung San Suu Kyi on his left and nobody on his right – had already given away the game. “We’re very disappointed,” he said, adding: “One country is making demands we cannot accept.”

ASEAN, that elaborate monument to punctilious protocol and face-saving, insists the few outstanding issues “will be resolved by February 2020,” with the text of all 20 RCEP chapters complete “pending the resolution of one” member.

RCEP dwells across a large territory, covering trade in goods and services, investment, intellectual property and dispute resolution. The Indian “problem” is extremely complex. India in fact already has a free trade agreement with ASEAN.

RCEP, in practice, would extend this agreement to the other big boys, including China, Japan and South Korea.

New Delhi insists it is defending farmers, dairy owners, the services industry, sectors of the automobile industry – especially hybrid and electric cars, and very popular three-wheelers – and mostly small businesses all across the nation, which would be devastated by an augmented tsunami of Chinese merchandise.

Agriculture, textile, steel and mining interests in India are totally against RCEP.

Yet New Delhi never mentions quality Japanese or South Korean products. It’s all about China. New Delhi argues that signing what is widely interpreted as a free trade agreement with China would explode its already significant US$57 billion a year trade deficit.

The barely disguised secret is that India’s economy, as the historical record shows, is inherently protectionist. There’s no way a possible removal of agricultural tariffs protecting farmers would not provoke a social cataclysm.

Modi, who is not exactly a bold statesman with a global vision, is between a heavy rock and a very hard place. President Xi Jinping offered him a “100-year plan” for China-India partnership at their last informal, bilateral summit.

India is a fellow BRICS member, it’s part of the Russia-India-China troika that is actually at the center of BRICS and is also a member of the Shanghai Cooperation Organization.

Geopolitically as well as geoeconomically, it hardly makes sense for India to be out of RCEP – which means excluded from East Asia and Southeast Asia integration. The only feasible solution might be an elaborate bilateral India-China deal within RCEP.

Questions remain whether both players would be able to work that out before the Vietnam summit in 2020.

Putting It All Together

India was only part of the story of the summit fest in Thailand. At the important East Asia Summit, everyone was actively discussing multiple paths towards multilateralism.

The Trump administration is touting what it calls the Free and Open Indo-Pacific Strategy – which is yet another de facto China containment strategy, congregating the US, India, Japan and Australia. Indo-Pacific is very much on Modi’s mind. The problem is “Indo-Pacific,” as the US conceives of it, and RCEP are incompatible.

ASEAN, instead, came up with its own strategy: ASEAN Outlook on the Indo-Pacific (AOIP) – which incorporates all the usual transparency, good governance, sustainable development and rules-based tenets plus details on connectivity and maritime disputes.

All the ASEAN 10 are behind AOIP, which is, in fact, an original Indonesian idea. It’s fascinating to know that Bangkok and Jakarta worked together behind closed doors for no fewer than 18 months to reach a full consensus among the ASEAN 10.

The biggest story in Thailand was, in fact, the convergence of myriad moves towards Asia integration. Chinese Prime Minister Li Keqiang was lavishly praising the prospects of integrating Belt and Road with something called the Master Plan of ASEAN Activity, which is the connectivity part of AOIP.

South Korea’s Moon Jae-in jumped in extolling the merits of his Southern Policy, which is essentially northeast-southeast Asia integration. And don’t forget Russia.

At the ASEAN business and investment summit, Russian Prime Minister Dmitry Medvedev put it all together; the blossoming of the Greater Eurasian Partnership, uniting the Eurasia Economic Union, ASEAN and Shanghai Cooperation Organization, not to mention, in his words, “other possible structures,” which is code for Belt and Road.

Belt and Road is powerfully advancing its links to RCEP, Eurasia Economic Union and even South America’s Mercosur – when Brazil finally kicks Jair Bolsonaro out of power.

Medvedev noted that this merging of interests was unanimously supported at the Russia-ASEAN summit in Sochi in 2016. Vietnam and Singapore have already clinched free trade deals with Eurasia Economic Union, and Cambodia, Thailand, Indonesia are on their way.

Medvedev also noted that a trade and economic cooperation deal between China and Eurasia Economic Union was signed in late October. Next is India, and a preferential trade agreement between the union and Iran has also been signed.

In Thailand, the Chinese delegation did not directly address the United States’ Free and Open Indo-Pacific strategy. But Medvedev did, forcefully: “We are in favor of maintaining the effective system of state-to-state relations which was formed on the basis of ASEAN and has shown a good track record over the years.

“In this regard, we believe the US initiative is a serious challenge for ASEAN countries, since it can weaken the association’s position and strip it of its status as a key player in addressing regional security problems.”

Summits come and go. But what just happened in Thailand will remain as another graphic illustration of myriad, concerted moves leading towards progressive, irreversible Asia – and Eurasia – integration. It’s up to Modi to decide when and if to hop on the train.