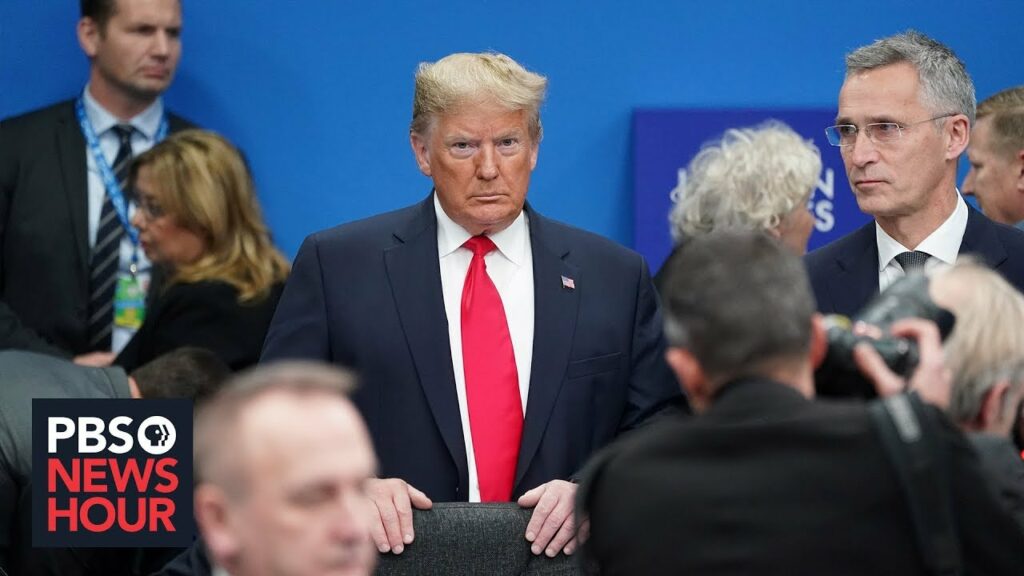 6 Dec 2019 – If the NATO summit this week marking the 70th anniversary of its foundation in 1949 was meant to be a resounding celebration, it backfired spectacularly, more as a resounding farce. Amid all the pomp and ceremony afforded by an official reception at Buckingham Palace, hosted by the British Queen, the two-day gathering descended into squabbling, sneering and back-stabbing.

For an organization that declares its mission to be about “maintaining peace and security”, the infighting between NATO leaders showed an organization virtually at war with itself.

The culmination of comedy was when US President Donald Trump stormed off before the closing session on Wednesday after he found out about video footage showing other leaders mocking him for his rambling press conferences. The video recording of a “hot-mic” discussion went viral, appearing to show Canada’s Justin Trudeau, Britain’s Boris Johnson and France’s Emmanuel Macron making jokes about Trump. Trump hit back by slamming Trudeau as “two-faced”.

NATO’s problems are not just about a clash between personalities. The arrival of Trump as US president has merely brought long-simmering structural and strategic tensions to the surface.

In a nutshell, NATO’s problem is that the US-led military alliance has continued to enlarge when it does not have a credible cohesive purpose. When it was founded in 1949, four years after the Second World War ended, the Atlantic alliance was nominally purposed for defending Europe from alleged aggression by the Soviet Union. In reality, it was the other way around. NATO was founded to harry the Soviet Union. Hence the Russian-led Warsaw Pact was established in 1955, six years after NATO was formed.

Be that as it may, when the Soviet Union collapsed in 1991 that was supposed to herald the end of the Cold War. Instead of disbanding, however, NATO continued to expand as an organization. Over the past three decades it has added 17 new members, many of them proximate to Russia’s borders.

Despite its official claims, NATO is not maintaining peace and security in Europe. It is fueling dangerous tensions with Russia; tensions which could lead to a hot war between nuclear powers.

Russia’s Foreign Minister Sergei Lavrov said this week that “NATO’s reckless expansion” is jeopardizing international peace. He said the organization is now functioning as an imperial machine for dominance not just in the Euro-Atlantic hemisphere but in the Middle East as well.

This week’s NATO summit near London was given the slogan “innovating the alliance”. Amid the squabbling and rancor among leaders, the slogan betrays a desperation for the organization to find a credible purpose for itself in the modern age.

The demonization of Russia with absurd claims of Moscow wanting to invade European countries is outlandish scaremongering that is simply not fit for purpose in the eyes of Western publics.

So, this week NATO announced some new “innovations”. Secretary-General Jens Stoltenberg told media that, in addition to “protecting Europe” from Russia, the military alliance was for the first time designating China as a “challenge”. He also announced that NATO was henceforth viewing “space as an operational domain”.

What this shows more than ever is that NATO is a vehicle for maximizing US imperialism. It gives a multilateral cover for what are Washington’s global objectives. It is this dominance by the US over the Europeans that causes much of the strife within the organization. France’s President Macron and his remarks last month about NATO being “brain dead” is symptomatic of the growing resentment among European leaders to what they see as an overbearing American task-master. 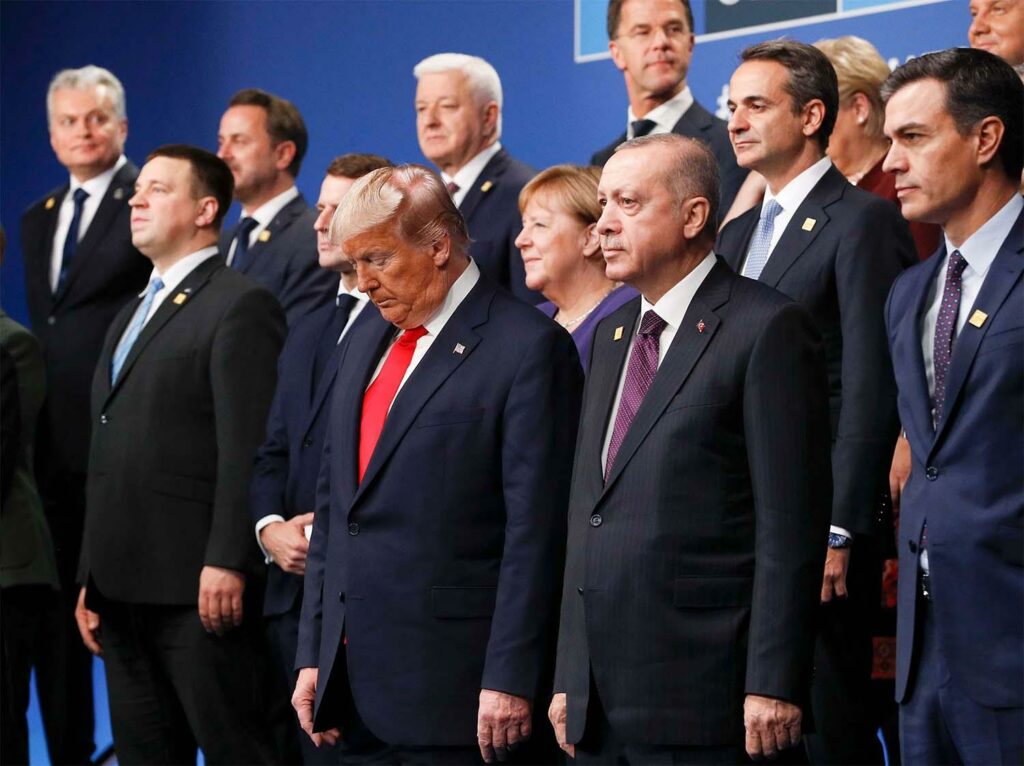 As the US-led NATO alliance expanded to 29 members – and looks for more members from among Georgia and Ukraine – so too have military budgets expanded. The combined NATO spend is over $1 trillion a year. That is 20 times Russia’s defense budget and five times that of China.

In concert with this expansion so too have the number of NATO overseas wars and regime-change operations, from former Yugoslavia and the Balkans, to Afghanistan, Iraq, Libya and Syria, among others. Again this is NATO serving as a tool for America’s illegal wars, giving those wars a semblance of multilateralism and legalism, when they are nothing but naked aggression in total violation of international law.

Only days before the pageantry began in London, a family of five, including a young mother, was reportedly  blown to bits by a US drone in Afghanistan. That 18-year US war has been sanitized by the involvement of all the NATO members in Afghanistan.

The NATO bloc is way past its expiry date. Its continued presence and operation is one of the main reasons why international tensions between the US, Europe, Russia and China appear to worsening, not improving.

But the unjustified militarism of NATO is hastening its eventual obsolescence. The profligate military spending is unsustainable and ruinous for its members. And the internal resentment towards a dominant US is leading to ever-more public quarreling. Without any credible purpose for genuine security, but rather only pallid pretexts for pushing imperialist wars, the NATO bloc is heading for oblivion.

The 70th anniversary summit-turned-circus this week would seem to be a portent for NATO’s overdue redundancy.