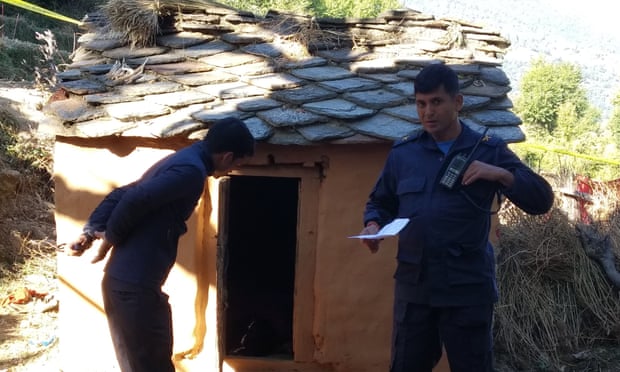 The hut in which Parwati Budha Rawat was found dead was 100 metres from her home in Achham district, Sudurpashchim Pradesh.
Photograph: Geeta Kunwar/Handout

9 Dec 2019 – A 21-year-old woman has died after spending three nights in an outdoor “period hut”, prompting police in Nepal to make their first ever arrest in connection with the illegal practice.

The tradition of chhaupadi, where menstruating women in Nepal are banished from their homes, is still widespread in remote and poorer parts of the country.

Parwati Budha Rawat was found dead on Monday morning after staying in a hut 100 metres from her home. She had lit a fire to stay warm while staying in the windowless “period hut” in Achham district, Sudurpashchim Pradesh, where temperatures drop to below 10C (50F) during the month of December. 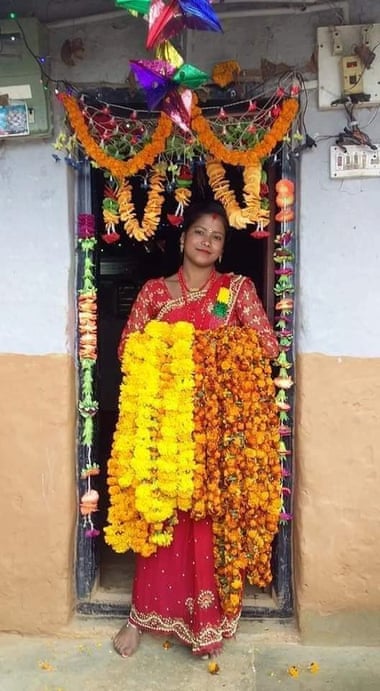 Rawat, who had married 18 months earlier, was described as a happy young woman who loved children.

Her brother-in-law has been arrested in connection with her death, as police investigate whether she was forced to sleep in the hut. It is understood that her husband is currently working in India.

The tradition of chhaupadi, where women are forced to sleep in period huts, is illegal in Nepal but still practised by many communities, especially in the far west of the country. In January, a mother and two sons died in the Sudurpaschim region. Weeks later, a 21-year-old woman died from smoke inhalation while staying in a hut.

Chhaupadi was outlawed in 2005 and carries a jail term of three months and a fine of 3,000 Nepalese rupees (£21) against the culprit. Campaigners say the law is not enforced, however.

According to the tradition, menstruating women are considered impure and must be separated from others in many aspects of life. Women are forbidden from entering the home or kitchen, or from touching other people, cattle, fruit or plants. Women practising the tradition may also have restricted access to water taps and wells.

Opponents to chhaupadi recently began demolishing period huts to end the practice, but menstruating women have instead started to stay in makeshift tents.

“Although the supreme court made the law, the social construct is too strong to be dismantled,” said Pashupati Kunwar, a women’s rights activist based in Accham.

“Effective work has not been done in outlawing chhaupadhi – by anyone. If the Nepal government takes action and punishes the culprit then, perhaps, this tradition will come to an end. It is also imperative that the local governments should step up to protect the menstruating women via influencing their psychology.”

Janak Bahadur Shahi, district police chief deputy superintendent, said: “This is indeed the first time that the police have arrested someone for a chhaupadhi case on the behalf of the victim.”

The brother-in-law will be held for up to 25 days while Rawat’s death is investigated.