We’ve Been Epsteined! The Death of the “Conspiracy Theorist” Label 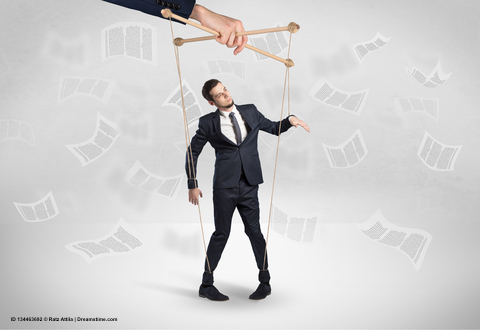 “Fake News” doesn’t begin to describe the decades-old lie thrust upon us by mainstream media as the spearpoint of truth. The ‘Grand Deception’ has been perpetrated by all comers, from corrupt federal agencies and bought politicians, to Orwellian tech giants, Wall Street debt kings, and woke corporations. Iconic author Aldous Huxley wrote about this in his essays on Enemies of Freedom, and expounded on the subject with the 1958 interview with Mike Wallace.

We’ve been Epsteined! is now a handy slap back for any talking head trying to nip a debate in the bud or stop someone from researching an event. The hairy canard of the CIA’s 1967 “conspiracy theorist” label died a thousand deaths when Epstein had his neck broken.

With the murder of Jeffrey Epstein – only press lapdogs believe this narcissist committed suicide – the spin cycle has come to a full stop. The centrifuge is over.  No more wet lies to be squeezed out of the bedsheets of pedophile rings or false flag events. I’m sure Epstein helped the hit squad turn off the hallway video cameras, too.

The assault on our senses came to an abrupt end with the execution of Jeffrey Epstein. This summer’s string of false flags and grand deceptions have hit a brick wall. The Epstein Wall. The Gilroy Garlic Fest shooting with its recycled storyline. The MK-Ultra, 21-year-old shooter in El Paso with his CIA-ghostwritten manifesto. Followed, a day later, by the Dayton deranged shooter with a crooked smile right out of central casting.

Epstein’s death exposed the low-tide moment of the old guard, who are now being stripped bare by the truth. The FBI’s vacuous conspiracy-theory-as-national-security-threat white paper crashed headlong into the Epstein Wall. This stealth propaganda has also failed to work with public sentiment. A half-century of lies and propaganda died from blunt force trauma with the pedophile’s death. Epstein’s murder made sure of that.

When the government failed to sell his death as a suicide, one week after the FBI’s perfectly timed release of its propaganda thesis, the shadow mask melted away. Even mainstream journalists at least softly questioned the string of surreal “coincidences” that enabled Epstein’s death to happen. Let’s call Epstein’s death “jumping the shark” in the annals of false flag stories.

Nearly everyone questioned the false narrative of the supposed suicide. Everyone who took the time to think about it looked at the array of coincidences it took to pull off the death of their star witness. No videotape. Broken surveillance cameras. Abrupt removal of an unnamed cellmate. Epstein’s defense attorney, who hired his own defense attorney the first business day after the client’s death. And the clincher: Epstein’s lawyer urged the warden to remove his client off of the suicide watch list, just weeks after Jeffrey’s first “suicide attempt” had left ligature marks around his neck.

Then there was the New York City medical examiner’s race to declare Epstein’s death a “suicide by hanging” before toxicology and autopsy reports were complete. Was a toxicology report even done? Either way, the ME followed orders to get Epstein’s death out of the news cycle. Pronto. Post-mortem, Epstein’s lawyers weighed and said the evidence points to non-suicide, as in “human intervention.”

The mainstream lies no longer hold center of gravity. Even Christians In Action (the CIA) are out on a limb, unable to write even moderately believable articles that support the Epstein suicide myth. Too many coincidences and simply preposterous timing. If someone had written a script that included all the previously stated facts, and also included sleepy guards on a quiet Saturday night, the very folks who were supposed to be guarding one of America’s most villainous pedophiles and star witness in dozens if not hundreds of high-level crimes, even Hollywood would have rejected it for being outright ridiculous.

Here are the Top 10 We’ve Been Epsteined moments over the past 56 years:

We’ve been Epsteined by the lone shooter reject, Lee Harvey Oswald, the ‘magic bullet’ and the CIA misdirection to stifle investigations into the assassination, including the editing of the Zapruder film. Well done, CIA. Add RFK and MLK assassinations to No. 1.

We’ve been Epsteined before, during, and after the controlled demolition of the World Trade Center towers 1, 2, 6 and 7; the swift removal of crime scene evidence; the nano thermite-sliced columns; and the cruise missile fired into the accounting wing of the Pentagon—Bullseyes! Recall that just the day before, Defense Secretary Donald Rumsfeld admitted that $3 trillion of defense spending had disappeared.

We’ve been Epsteined to believe the OKC false flag event was carried out using patsy Timothy McVeigh and a fertilizer truck bomb to blow up the federal building when it was an errant demolition initiated from inside the building. The FBI’s OKC report omitted the real motivation for carrying out the attack: The wholesale destruction of the Whitewater records, Agent Orange U.S. Army records, and the Gulf War troops’ health records related to Gulf War Syndrome and its toxic anthrax vaccine. And this from a former Gulf War veteran.

We’ve been Epsteined by President George W. Bush and his warmongering cabinet who pilfered the U.S. Treasury, writing blank checks for over two trillion dollars for endless wars based on false evidence, spiraling the U.S. budget deficit out of control. Bravo, W!

We’ve been Epsteined when clusters of Guillain-Barré Syndrome and microcephalic babies were born in the slums of northeast Brazil. Instead of the WHO and CDC investigating the cause of the birth defects, they declared the Zika virus an ‘epidemic emergency.’ And with that nonsensical declaration, NIH’s Anthony Fauci and the CDC’s Director Tom Frieden stole $1.6 billion in U.S. taxpayers’ money for a vaccine that was not developed.

We’ve been Epsteined when cities, states, and federal governments secretly roll out the new 5G networks with little public debate, zero safety studies, and plenty of evidence that the frequencies harm humans, plants, and animals. With EMF radiation increasing across the country, 5G will offer new ways to induce cancer by corrupting human DNA, all under the ruse that the public is demanding “faster download speeds.”

We’ve been Epsteined to believe the Monsanto/Bayer ghostwritten safety studies that omitted data that this synthetic molecule was harmless to humans. With $3B plus in lawsuits already awarded and 18,000 more cases to be heard, the decades-old glyphosate lie stinks as badly as the poison pool of Agent Orange and DDT.

We’ve been Epsteined by the Big Pharma-owned U.S. health agencies that claim vaccines are “safe and effective.” The explosion of brain-damaged children, the hundreds of dead or crippled once healthy teenage girls and boys (before Gardasil), and the sharp rise of adult vaccine injury claims in Vaccine Court tell the real story that Vaccines are “Strafe and Defective.” They are so unsafe that vaccine toxins are creating the “Snowflake” generation.  The upcoming Mastering Vaccine Info Boot Camp Course takes a deep dive into the truth about ‘safe and effective’.

We’ve been Epsteined by the Climate Change choir claiming they are working to contain the runaway heating of the earth by injecting aerosols into the upper atmosphere. Swatted away by the mainstream press as a conspiracy theory, hundreds of documents confirm that millions of tons of metal toxins have been deposited into the atmosphere for decades. The nanodust of aluminum, barium, and Strontium-90 contribute to dying insects, bee colonies, birds, and plant life, and contribute to the sharp rise in a new breed of firestorms that burn houses but leave the trees next to the homes unscathed.

We’ve been Epsteined into believing that the CIA used Operation Paperclip to import 1,500 German rocket scientists to help the U.S. with the ‘space race.’ Through this program, scores of Nazi biowarfare scientists were fast-tracked into America to work at bioweapons programs at Ft. Detrick and Plum Island, NY. Convicted Nazi war criminal and mass murder Dr. Erich Traub, a noted German authority on viruses, was asked to consult on the animal disease program from a Biological Warfare perspective at Plum Island’s Lab 257. This is believed to be the origins of Lyme disease, West Nile virus, and bovine hoof and mouth disease, among other pathogens.

For more information, check out these three titles on Amazon:

We no longer need to listen to enemies of freedom. The next time any media outlet, any government agency, or anyone you know personally tries to tag you with the “conspiracy theorist” label, slap them back with You’re been Epsteined!

James Grundvig has written and published as a freelance journalist and columnist, covering subjects from autism, its cause and treatments, clean technology, green energy, and the BP Oil Spill, to business and Wall Street, and completed investigative reports on a wide range of topics since 2005. He is the founder of the cloud-based software startup in 2011 to integrate supply chain logistics in the Construction IT space. He has 25 years of consulting engineering and construction management experience on projects of scale and complexity in the New York City area. He is the author of Master Manipulator: The Explosive True Story of Fraud, Embezzlement and the Government Betrayal at the CDC.