Two contractors give evidence of ‘The Preacher’, one of three authorised to carry out torture method, who has still not been identified after 17 years. 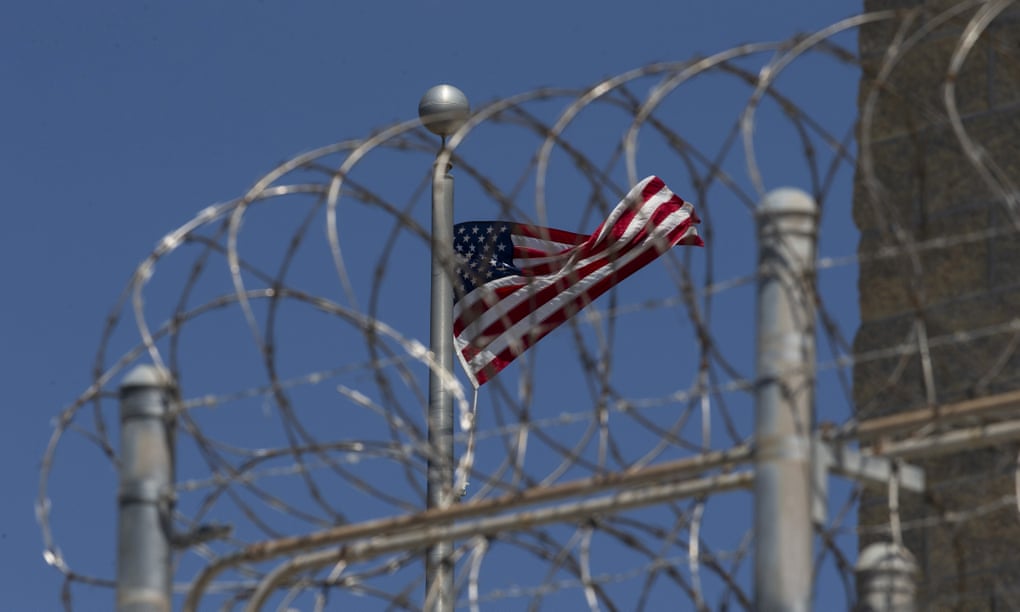 25 Jan 2020 – There were three men authorised by the CIA to carry out waterboarding on detainees in America’s “war on terror”. Two of them were contractors who are in Guantánamo Bay this week to give evidence. The third has still not been identified 17 years after the torture was committed.

In the courtroom of the military commission, the CIA officer was referred to only by three-digit code NZ7, or simply as “the Preacher” – a nickname he was given because of his peculiar way of terrorising detainees.

According to James Mitchell, a psychologist on contract to the CIA who helped draft and apply their “enhanced interrogation techniques”, the Preacher “would at random times put one hand on the forehead of a detainee, raise the other high in the air, and in a deep Southern drawl say things like, ‘Can you feel it, son? Can you feel the spirit moving down my arm, into your body?’”

Mitchell gave that chilling description in his memoir, Enhanced Interrogation, and on the witness stand on Thursday, he confirmed the Preacher’s role at the CIA black sites. He was giving evidence at a pre-trial hearing in the case against five defendants charged for the 9/11 al-Qaida attacks, including the self-styled mastermind, Khalid Sheikh Mohammed.

James Mitchell: ‘I’m just a guy who got asked to do something for his country’ 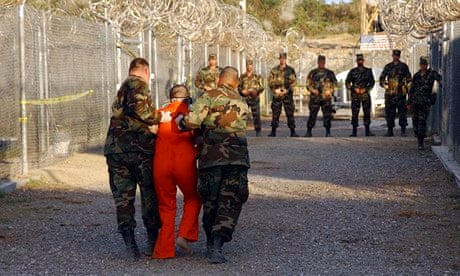 Mitchell said: ‘I get annoyed the way the some good parts [of the program] have been vilified. That frustrates me.’ Photograph: Shane T Mccoy/PA

Mitchell, together with his friend and business partner, Bruce Jessen – who is due to testify next week – have been the public face of the US torture programme for five years, settling out of court in 2017 in a civil suit brought by the American Civil Liberties Union on behalf of three prisoners.

Almost everyone else involved in the extensive programme, involving a network of black sites around the world, has remained in the shadows. In terms of legality, it is still the dark side of the moon.

Defence lawyers at the Guantánamo military commission hearings have asked to examine 52 witnesses. They have so far been permitted to question only two, Mitchell and Jessen.

James Connell, representing defendant Ammar al-Baluchi, lost his patience on Thursday when prosecutors objected that he was asking Mitchell about events he had not directly witnessed.

“He’s the only witness we’ve got. The government has blocked all the CIA witnesses,” Connell complained.

Four days before the current pre-trial hearing, the 40th in eight years of legal skirmishes, the prosecution changed the classification rules, and amended them again on Monday on the evening before the first open session. As a result, some facts that were previously unclassified, in published books for example, were reclassified, sending defence attorneys scrambling to reframe their planned line of questioning.

The longer the hearings have continued, the clearer it has become that the Mitchell and Jessen partnership was just a small part of the infrastructure of torture, with its own bureaucracy and personal rivalries. In his testimony, Mitchell railed repeatedly against the “middle management” who he believed was plotting against him.

Mitchell became embroiled in a vicious turf war with a rival, the CIA chief of interrogations, for mastery of the “enhanced programme”. Each sought to use their links to CIA headquarters in Langley, Virginia, to get the other removed from their post. In that struggle the detainees were used as bargaining counters. The two men had them tortured for training or demonstration purposes.

In the courtroom this week, the interrogations chief has been referred to by the code NX2. Mitchell calls him the “new sheriff”, but it has been reported his real name was Charlie Wise, who had honed his craft carrying out interrogations for the Contra rebels in Nicaragua in the 1980s. He apparently died of a heart attack in 2003, just weeks after being dismissed. 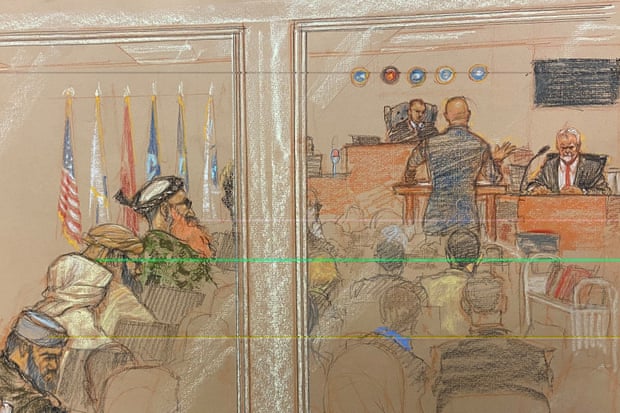 According to declassified cables and courtroom testimony, Wise set up his own training programme, and took his students to a black site in Afghanistan, codenamed Cobalt, to practise their techniques on Ammar al-Baluchi and other prisoners. During that training, Baluchi was repeatedly slammed against a wall, suffering brain trauma as a result.

“Looks like they used your client as a training prop,” Mitchell told Connell. A newly declassified paragraph in a secret CIA inspector general report quotes one of the students as saying the site was used for “on-the-job training”. Trainees had to use each of their techniques on Baluchi and other inmates in order to earn certification.

An unsanctioned, improvised waterboard was also set up at the Cobalt site, according to defence lawyers. It does not seem to have been part of the training, but it was used on at least one detainee.

The CIA was forced to close down its first main interrogation centre in Thailand in late 2002 when its existence was discovered by the New York Times. The “high value detainees” were transferred by rendition flights to a new site in Poland, codenamed Blue, which was run by Wise.

Mitchell visited Blue shortly before Christmas in 2002, and testified he witnessed at least two extreme techniques that had not been approved by the CIA or the justice department. In one, a piece of wooden dowel was put behind the knees of a detainee who was made to kneel and then had his back forced back “until his shoulder blades were touching the floor”. 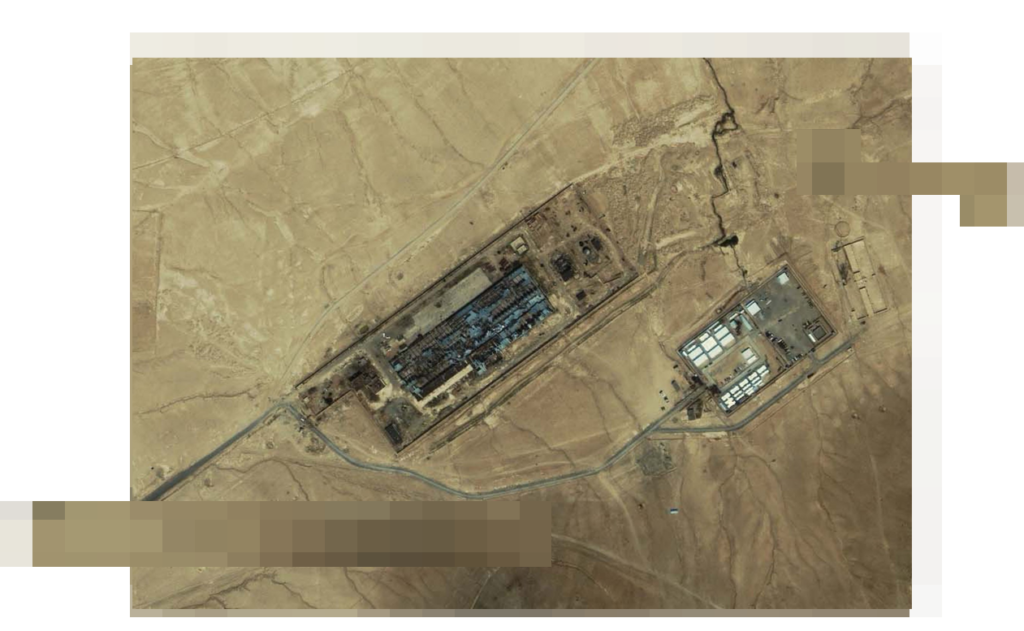 In another, the prisoner’s elbows were strapped together with a strap behind his back and his hands were raised above his head. Fearing the torture would cause permanent injury, Mitchell said he tried to stop it but was told “it was none of my fucking business”.

When the contractor declared he wanted to return to the US, Wise told him he was not allowed to leave, Mitchell claimed. Nor could Mitchell contact the outside world as all communications equipment at the site were locked up. For a week he was a prisoner of his rival, he said.

Mitchell said he was finally permitted to go home because the tension inside the site began damaging morale. On his return he said he complained to the CIA leadership but to no avail. Wise stayed in his job and Mitchell found he was giving courses at headquarters including the banned techniques more than four months later. The chief of interrogation was only fired that summer.

Throughout his testimony this week, Mitchell has portrayed himself as a moderate who stuck to the rules and only used extreme measures when he felt he had no choice.

He tried to halt waterboarding of the first major detainee, Abu Zubaydah, in August 2002, arguing that the prisoner was fully cooperating, but his superiors in Langley ordered told him and his team in the original black site in Thailand to “stay the course”.

In an effort to win the argument, he said he persuaded the head CIA officer in the country to witness a waterboarding for himself.

“I wanted the chief of station to experience what we were experiencing,” Mitchell said. “It didn’t smell pleasant. It smelled like sweat – kinda musky.”

He also conceded he and Jessen were beginning to feel a bit exposed. They realised they were the only ones in the interrogation room not wearing a mask, and the torture was being videoed.

“I wanted [the station chief] on tape,” Mitchell said. “My mental calculus was that Dr Jessen and I were the only ones on that tape.”

The station chief turned up to watching Abu Zubaydah being waterboarded, but dressed as a guard, his face covered

When his superiors insisted he persevere in Thailand, he told them to send a delegation to witness the simulated drowning.

“Buddy – you want it,” Mitchell told them. “Bring your rubber boots and come on down.”

When the senior officials flew in, on 17 August, he waterboarded Abu Zubaydah even though he was quite sure the detainee had no actionable intelligence to surrender. It was done purely as a demonstration for the agency VIPs. And he applied the technique to the maximum extent allowed, pouring water on to a cloth on the prisoner’s face for 20 seconds and then a full 40 seconds. According to a CIA cable describing the event, Abu Zubaydah went into spasm. 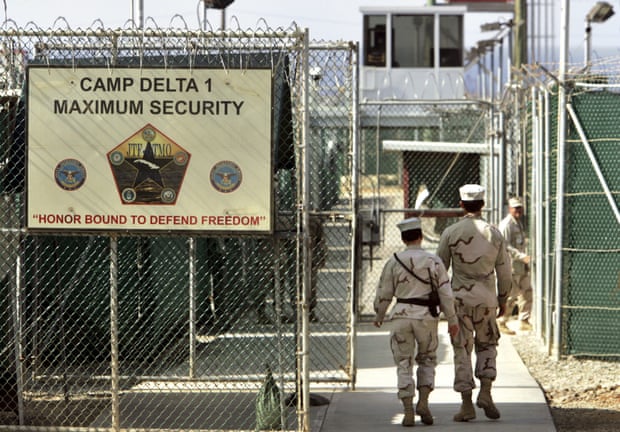 The visitors were stunned. “Some of the folks were tearful,” Mitchell said.

“I was tearful, but I cry at dog food commercials,” Mitchell claimed. The psychologist’s eyes did indeed well up on a few occasions during his testimony this week, but the tears came when he was describing what he saw as his personal sacrifices. In contrast, he described waterboarding dispassionately, characterising it as “temporary discomfort”.

“Does he care more about dog food commercials than he cares about human beings?” asked Terry Rockefeller, who was watching Mitchell’s testimony this week from the military commission’s public gallery on the other side of a reinforced glass partition.

Her sister, Laura, was killed in the attacks on the World Trade Centre. She was an actress who just happened to be working in the twin towers in New York on September 11, 2001, on a day job hosting a business seminar on risk assessment.

Terry is a member of a relatives’ group called September Eleventh Families for Peaceful Tomorrows, which is seeking justice for the attacks but opposes the use of the death penalty.

“The fact that he can talk about something like waterboarding in such clinical terms … That’s just crushing to me, because my country did it and because I feel a great loss,” Rockefeller said, pointing out that the use of torture against the defendants has vastly complicated the process of putting them on trial.

“I do think that everyone involved in the … enhanced interrogation programmes is probably going to die [before the legal process ends] – everyone who suffered from it; everyone who was complicit in it – and there will be this eternally lost opportunity to reckon with it,” she said.

Julian Borger is the Guardian’s world affairs editor. He was previously a correspondent in the US, the Middle East, Eastern Europe and the Balkans. His book on the pursuit and capture of the Balkan war criminals, The Butcher’s Trail, is published by Other Press.