Ever wonder why we never go to war against or impose sanctions on these sponsors of terrorism? Heck, we don’t even condemn them! 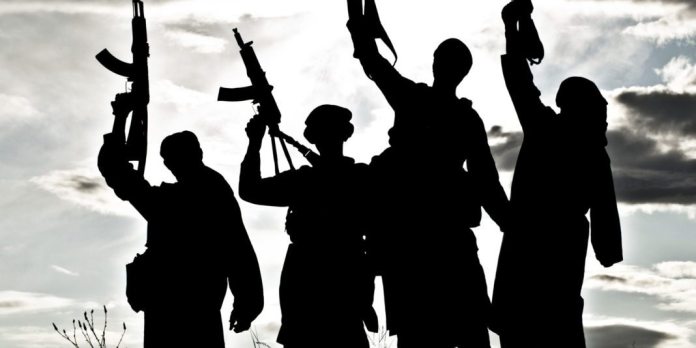 28 May 2017 – Dear Diary, I can’t show this letter to the innocent people of America and the world, so it’s just between you and me. Imagine the shock and the outrage if I say that we have to embrace Islamic terrorism! The average person doesn’t understand what’s at stake and how sometimes the elites need to rely on “controlled chaos” for the greater good.

Islamic terrorists are wonderful instruments for proxy wars – they cost very little but fight fearlessly. They are a global resource that can be brought into any local conflict. They are also expendable – we use them when convenient and kill them when inconvenient.

If this shocks the conscience of people, it just means they haven’t been paying keen attention. Consider the following examples:

Ever wonder why we never go to war against or impose sanctions on these sponsors of terrorism? Heck, we don’t even condemn them!

What goes through a reader’s mind when they see an article titled “Accepting Al Qaeda” 11 that is published by Council on Foreign Relations – the think tank behind U.S. foreign policy? Or when Hillary Clinton’s chief foreign policy advisor wrote to her, “Al Qaeda is on our side”? 12

I can give many more such examples, but let’s hop on the time machine for a moment.

Afghanistan, 1979-1989. We used the Mujahedeen to defeat the Soviet Union. Was that not a good thing? Remember how the media and Hollywood glorified those Afghan fighters in the 1980s? The Afghan rebels even got to visit the White House.

There are two critical factors that are often forgotten in the Mujahedeen story: foreign fighters from all over the world and fundamentalist Islam.

In the 1980s, more than 35,000 so-called Arab Afghans came from all over the world to fight the Russians 13; and we wouldn’t have been able to motivate them to do so without appealing to the concept of Islam, Caliphate or jihad. “Fight for Allah” is far more effective than “Fight for Country X.”

We also learned from Saudi Arabia that indoctrination is essential to create good soldiers. So the CIA came up with clever textbooks for Afghan kids that introduced them to concepts of jihad, weapons and hatred for Russians. 14

(Since then, Saudi Arabia has spent billions of dollars on Islamic schools – Madrassas – all over the world. These schools act as breeding grounds for future activists, extremists and fighters. Saudis also print textbooks that are used all over the world. Kids learn loving messages such as “Kill Shiites, Christians and Jews.” 15)

When the Afghan war was about to be won, it dawned on us that the Mujahedeen project was a brilliant playbook that could be replicated in other parts of the world.

That’s when Al Qaeda was formed. And it was perfect timing.

You see, Halliburton had just discovered huge oil reserves near the Caspian Sea, but the countries around that region were all pro-Russia even after the fall of the USSR. 16

Without the knowledge of the American public, the Mujahedeen were very active all throughout the 1990s in Bosnia, Kosovo, Azerbaijan, Uzbekistan, Dagestan, Chechnya etc. 17 These fighters were used for three major purposes:

Azerbaijan was an easy one and we got our man in 1993. Georgia took a long time, but George Soros and his color revolution finally installed our guy in 2005. Within a year, we had a 1000-mile pipeline that linked Azerbaijan (Caspian Sea), Georgia and Turkey!

Chechnya was a partial success. They were struggling for independence from Russia and thus gladly welcomed the Mujahedeen who also had plenty of Saudi money and U.S. weapons. Within a short time, the non-violent and mystical Sufism of Chechnya was taken over by Saudi Wahhabism.

Al Qaeda started blowing up Russian pipelines. Russia invaded Chechnya in 1994, lost the war, and withdrew. It was fun to watch the news those days. But then Putin became the Prime Minister three years later, waged a ruthless war against the jihadists, won decisively and installed his own strongman in Chechnya 17a. Even Sufism has seen a major revival lately and Chechnyans have now started rejecting Wahhabism and jihadism. 17b

Al Qaeda was extremely helpful in Bosnia, Albania, Macedonia and Kosovo. In the late 1990s, we used trumped-up charges and NATO bombing to get rid of the pro-Russia guy in Serbia.

Away from Eurasia, Islamic extremism and terrorism play major roles in Africa, Middle East and Asia to catalyze geopolitical transformations.

In Libya, Syria, Yemen and Somalia, we depend on Muslim Brotherhood, Al Qaeda and Salafists (those who follow extreme, fundamentalist Sunni Islam).

In Libya, we leveraged the terrorist group called Libyan Islamic Fighting Group (LIFG) 18. We released its leader from the CIA prison, dressed him up in a nice suit, arranged a photo-op with John McCain, and he became the freedom fighter who fought Gaddafi, the brutal dictator!

In Syria, tens of thousands of Al Qaeda fighters were flown in from all over the world to topple Assad 19. If it were not for Putin’s evil interventions, we would now have a Qatar pipeline through Syria, and Israel would be drilling oil in Golan Heights 19a. A tragic situation indeed.

In Africa, Nigeria is a strategic country with 170 million people and a land rich in oil and natural resources. That’s where Boko Haram – African ISIS – comes into play. It has been extremely successful in every way. Also, thanks to Boko Haram, half of Nigeria is under Sharia Law, which is a great tool to control people.

In Asia, we need to prevail upon Thailand, Indonesia and the Philippines. Without them, we lose much of Asia to China. Sharia Law and Salafism are gaining momentum in Indonesia, which is a positive sign. 20

Philippines’ crazy leader, Duterte, has been too friendly with Russia and China 21. He will lose his popularity and get replaced if the ISIS affiliate – Abu Sayyaf – causes enough problems. If he fights back against ISIS, we will cry “human rights” and “Islamophobia” at the UN and impose sanctions.

Thailand has also been foolishly moving into the Russia-China sphere of influence 22. Well, this peaceful, Buddhist country has been facing Sunni/Salafist extremism in the south. Thai leaders must realize that the entire tourism industry is very vulnerable – a few bombings and attacks by jihadists can have serious effects.

Finally, let’s look at Europe. There has been a lot of problems with mass immigration – terrorism, crimes etc. However, every crisis is an opportunity. Some call it the Problem-Reaction-Solution.

Terrorism is the problem. Fear is the reaction. Government is the solution.

Terrorism and crime give us the chance to militarize the police in EU, create an “NSA” for entire Europe, and even an EU army. The financial burden caused by refugees also allows us to impose austerity and cut wasteful welfare spending. Mass immigration will also result in a more homogeneous European society. Twenty years from now, there won’t be much difference between France and Germany. This means much easier management of EU.

Moving forward, the biggest economic challenge for us will be China. However, it has an Achilles heel – the western province of Xinjian that is predominantly made up of Muslims. With help from Turkey, we have already created in Xinjian an Islamist movement that is calling for secession 23. China’s One Belt One Road is very dependent on freight trains safely traveling through that region on their way to Europe. Our future Mujahedeen in Xinjian will come in handy if China starts to misbehave.

It took us about 60 years to unify North and South America to a great degree under a common financial, corporate, economic and military system. (Venezuela is the odd man out, but we’re working on it). It may take another sixty years to unify Europe, Russia and China. Then we will have global governance and the ultimate New World Order. No borders and no walls. One World. In bringing that to fruition, we have many arrows in our quiver – trade, financial/military aid, coups, color revolutions, sanctions, wars etc. – but Islamic terrorism and fundamentalism will continue playing indispensable roles, and that’s why we must accept them and embrace them.

— Link 9 was a CNN interview with retired US army General Wesley Clark from 17/2-2015 where he said:

«ISIS got started through funding from our friends and allies…».

Chris Kanthan is the author of a three new books: Deconstructing the Syrian War, Geopolitics for Dummies and What the Heck Happened to the USA? Chris lives in the San Francisco Bay Area, has traveled to 35 countries, and writes about world affairs, politics, economy and health. His other book is Deconstructing Monsanto.

One Response to “Embracing Islamic Terrorism”