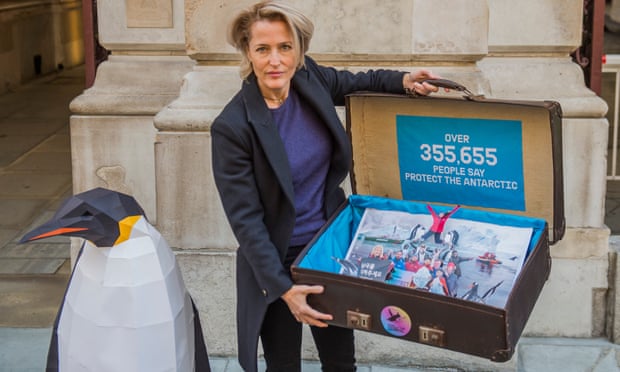 Gillian Anderson delivers a Greenpeace petition to the Foreign Office in London in 2018. Photograph: Guy Bell/REX/Shutterstock

A counter-terrorism police document distributed to medical staff and teachers as part of anti-extremism briefings included Greenpeace, Peta and other non-violent groups as well as neo-Nazis, the Guardian has learned.

The guide, produced by Counter Terrorism Policing, is used across England as part of training for Prevent, the anti-radicalisation scheme designed to catch those at risk of committing terrorist violence.

But the list of groups viewed as a potential concern contained in the new 24-page document includes Extinction Rebellion. It also includes Greenpeace – among whose supporters are Dame Judi Dench, Stephen Fry, Gillian Anderson and Joanna Lumley – and the ocean pollution campaigners Sea Shepherd, whose supporters include Sean Connery and Pierce Brosnan. Also included is Stop the Badger Cull, which is backed by Sir Brian May, the Queen guitarist. 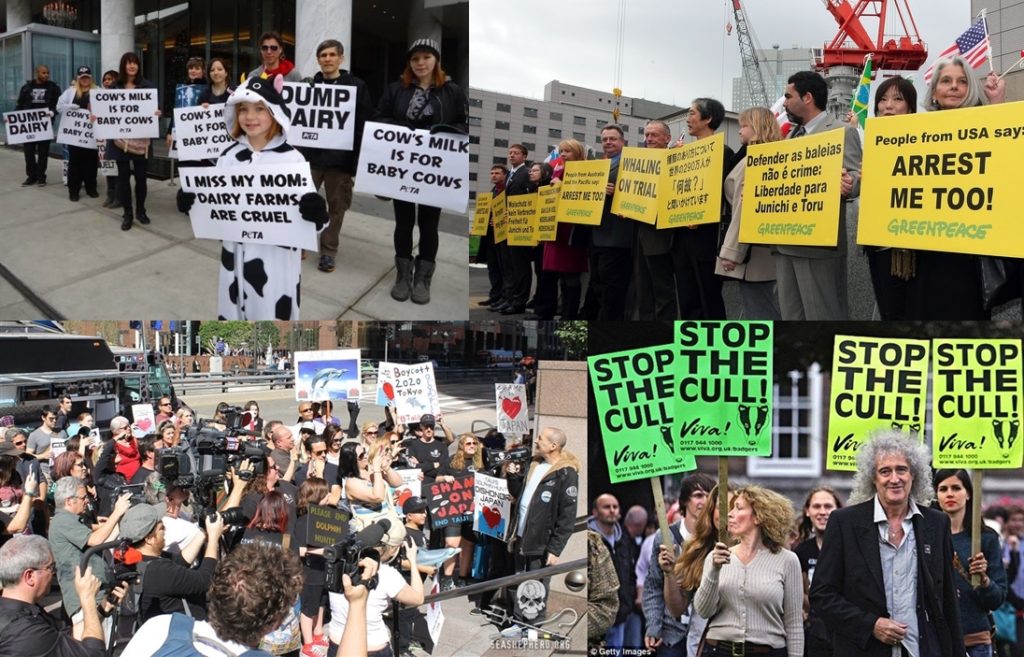 They appear alongside a number of extremist rightwing groups including Combat 18 and the National Front, as well as National Action, which has been banned for terrorist violence. The last page of an accompanying visual guide seen by the Guardian advises people to report “any concerns identified via this document” using an online portal for reporting suspicious activity that is operated by Counter Terrorism Policing under the slogan: “Action counters terrorism”.

A section from the visual guide to the Counter Terrorism Policing document showing an aid to identifying rightwing signs and symbols. Photograph: Home Office

Police insist the guide is not meant to portray all the groups that it features as extremist and thus needing to be reported to them. They said it is meant to boost understanding of the signs and symbols people may come across, and point to a statement in the document that “not all of the signs and symbols noted within this document are of counter terrorism interest”.

However, on the visual guide the disclaimer appears to refer specifically to a set of religious and historical symbols used by white supremacists including “Odin’s Rune’, “SS Runes” and “Thor’s Hammer”. Mainstream leftwing and environmental groups are not similarly marked.

Non-violent groups featured in the document were furious at their inclusion. “Tarring environmental campaigners and terrorist organisations with the same brush is not going to help fight terrorism,” said John Sauven, the executive director of Greenpeace UK. “It will only harm the reputation of hard-working police officers … How can we possibly teach children about the devastation caused by the climate emergency while at the same implying that those trying to stop it are extremists?”

Peta’s director, Elisa Allen, said: “This appears to be a sinister attempt to quash legitimate campaigning organisations – something that is as dangerous as it is undemocratic.”

A spokesman for Extinction Rebellion said: “The guidance document makes it clear that not all the signs and symbols are of counter-terrorism interest. However, if that’s the case, why include them in a counter-terrorism document?”

Environmental groups and symbols in the visual guide. Photograph: skridb

Among the groups listed with no known link to terrorist violence or known threat to national security are Stop the War, the Palestinian Solidarity Campaign, the Campaign for Nuclear Disarmament, vegan activists, anti-fascist groups, anti-racist groups, an anti-police surveillance group and campaigners against airport expansion. Communist and socialist political parties are also on the list.

They feature alongside numerous groups associated with the ideology of violence of the far right, and the terrorist group National Action, which is proscribed, as well as two other banned groups. There are also a set of symbols and tattoos commonly associated with white supremacy, from a swastika and a “white pride worldwide” poster to tattoos of an iron eagle and the second world war German general Erwin Rommel.

The guide, from June 2019, bears the logo of Counter Terrorism Policing on every page, and was presented in briefings to public sector workers. 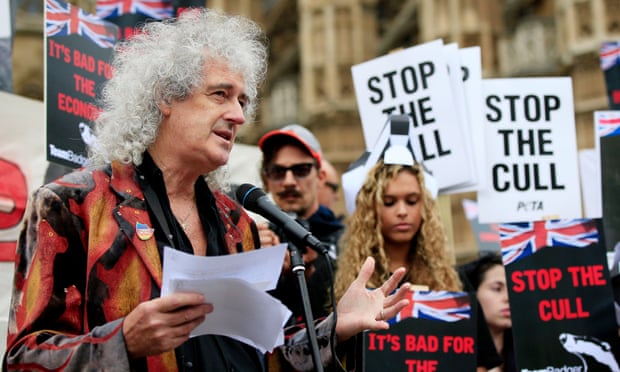 The Queen guitarist Brian May leads a protest march in 2015 against the killing of badgers. Photograph: Jonathan Brady/PA Archive/PA Images

One senior teacher, who supports the efforts to thwart radicalisation, said they received the document as part of Prevent training at their educational establishment: “The document was given with the guidance that teaching staff could use it to identify symbols that students might draw or have about them and to enable staff to make a decision about whether it is a Prevent concern or not.

“The document is extraordinarily vague and leaves a great deal down to the interpretation of the individual member of staff,” the teacher added. “Clustering relatively innocuous groups like Greenpeace and CND in with genuine extremist groups seems to imply that these organisations are on the radar of the counter-terrorism police and should also be interpreted as such by the teaching staff coming across them.”

Police said it was “unhelpful and misleading” to suggest non-violent groups in the document were being smeared. They said it would be provided to Prevent partners as “a guide to help them identify and understand the range of organisations they might come across” and should not be viewed as suggesting that membership of “non-proscribed groups would be sufficient to trigger a Prevent referral”.

The visual guide from the Counter Terrorism Policing document:

“Our focus is definitely not on lawful protest, or legitimate causes taken up by activists across the country,” Counter Terrorism Policing’s senior national coordinator, Deputy Assistant Commissioner Dean Haydon told the Guardian.

Dated June last year, the document was sent to doctors, schools and safeguarding children boards as a resource for practitioners of Prevent.

A spokesman for Worcestershire Acute NHS Trust said the documents were available for staff to access as part of Prevent awareness. The documents were supplied to the trust’s safeguarding and Prevent lead. It is also in use in the West Midlands.

Last week, police claimed it was an error for a guide explicitly about extremism to include Extinction Rebellion alongside terrorist-supporting Islamist and extreme rightwing groups. They further said such an approach in the guide meant for police, teachers and other public sector workers was limited to the south-east of England. After the Guardian revealed the guide’s existence it was recalled.

Clare Collier, advocacy director at Liberty, said the latest document was evidence that peaceful protest was under threat. “We have long warned that the government’s counter-terror agenda is one of the greatest threats to free speech in the UK. If you are passionate about anything from climate change to social justice or fighting racism in the UK today you risk being labelled extremist and your details being passed to the police.

“The UK’s counter-terror measures are designed to co-opt public sector workers like teachers to spy on young people in their care – this guide will only add to the confusion and pressures they face. It also reinforces long held concerns that the government’s staggeringly broad definition of extremism gives the police cover to characterise non-violent political activity as a threat, and monitor and control any community they wish.”