22 Jan 2020 – Although the images spread like a wildfire across social media feeds around the world with the hashtag #SudanAnimalRescue, it was already too late for at least one lioness, which died Monday [20 Jan]. 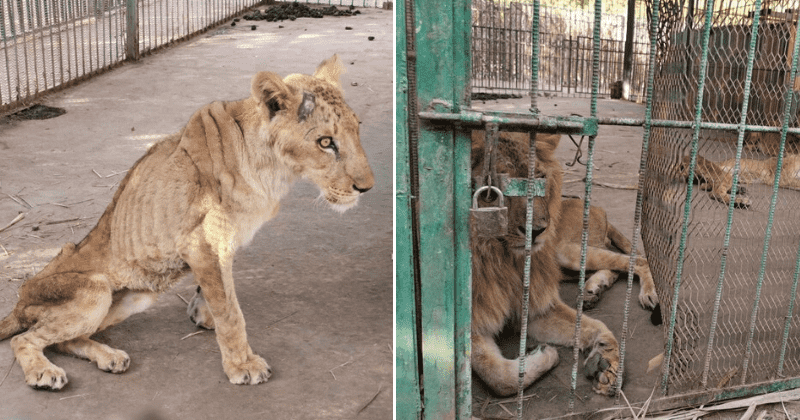 An online campaign to rescue a group of caged, emaciated and dying lions in Sudan has gone global in the past few days after heartbreaking pictures of the mistreated animals were posted on social media. The unnerving images were first shared on Saturday by Osman Salih—a concerned advocate in the Sudanese capital—after he witnessed the sorry state of the once-majestic animals at a Khartoum park. While some of the lions have become mere skin and bones, others were seen with untreated wounds on their faces. Although the images spread like wildfire across social media feeds around the world with the hashtag #SudanAnimalRescue, it was already too late for at least one lioness, which died Monday.

According to The Washington Post, the lions are located in Al-Qureshi Park which is managed by the city government and funded in part by private donors. Photographs and videos posted by Salih on Facebook show the lions so malnourished that their spines and hip bones are left visible. 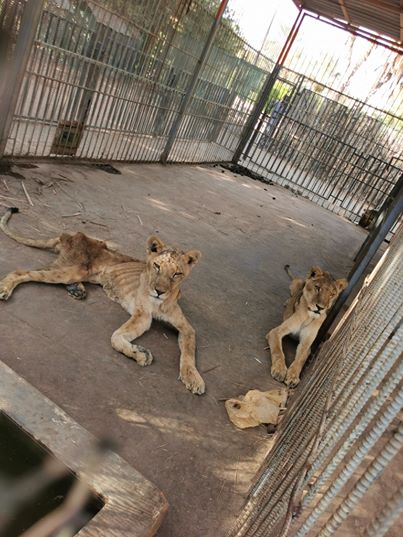 “After seeing the fires in Australia kill soo many precious creatures recently seeing these animals caged and be treated this way made my blood boil. I would like to inform you that we have contacted the park administration and they indicated to us that the wildlife police are responsible for these animals and their care and cleanliness and that they were constantly preparing their food but stopped for a while. The park holds the wildlife police directly responsible for the deteriorating condition of the lions, and stated that the income of the park for a month is not enough to feed one lion for a week,” he wrote on Facebook. 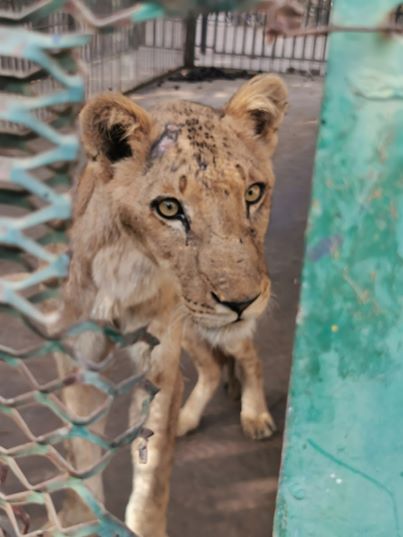 Speaking to reporters who visited the park to see the lions, park manager Essamelddine Hajjar said, “Food is not always available, so often we buy it from our own money to feed them.” Although thousands of concerned netizens across the globe have been offering to make donations for treating the lions, Salih has been hesitant to accept their offers until he has an organized system in place to receive it. “Too often these situations are exploited and people are scammed,” he explained. His attempts to set up a GoFundMe page for the same failed after his request to set up the campaign was turned down.

US Sanctions not allowing us to receive donations through the GoFundMe platform. Looking for other ways, stay tuned.#SudanAnimalRescue#اسود_حديقة_القرشي

Fortunately, the animal charity and rescue group Four Paws International stepped in to help and agreed to send a team to rehabilitate the animals and train wildlife officials. A spokesperson for the organization revealed that it was “closely monitoring the situation and working hard to get access to the country and the zoo.” 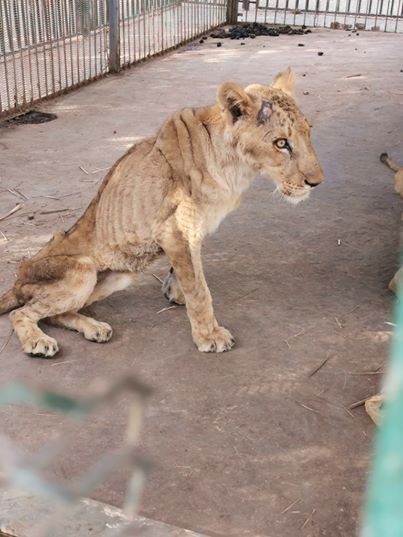 Martin Bauer, head of public relations for Four Paws, said, “We are in frequent contact with the responsible national authorities in Sudan. As soon as we get their approval, Four Paws will send a team, consisting of veterinarians and wildlife experts, to Khartoum to provide the urgently needed care for the lions. We hope we can help soon but the final decision for a rescue mission depends on the approval from the national authorities.” 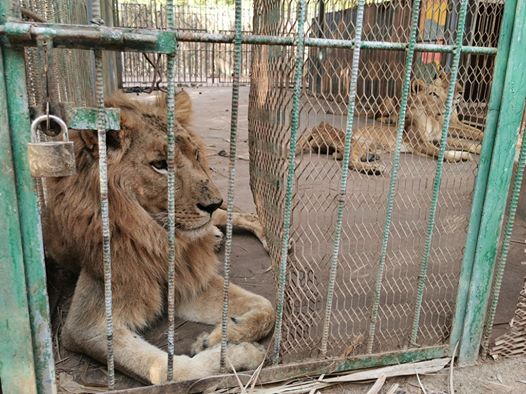 Salih’s Facebook updates on Tuesday and Wednesday showed the starved lions receiving treatment and slowly showing signs of recovery. However, the Al-Qureshi Park isn’t an isolated case. While the number of lions held captive in Sudan is unclear, Salih stated that there could be more parks across the nation holding lions, and other animals, in similar conditions.

Today was a positive day at Qurashi Park. We had good meetings with the park administration and the wildlife police. It…

“It is extremely important to note that after this post it has come to our attention that many other parks are in the same poor state. So we hope this initiative can reach out to all wildlife parks and sanctuaries,” he said. According to the African Wildlife Foundation, the lion population is declining worldwide with their numbers dwindling by 43 percent in the past 21 years. 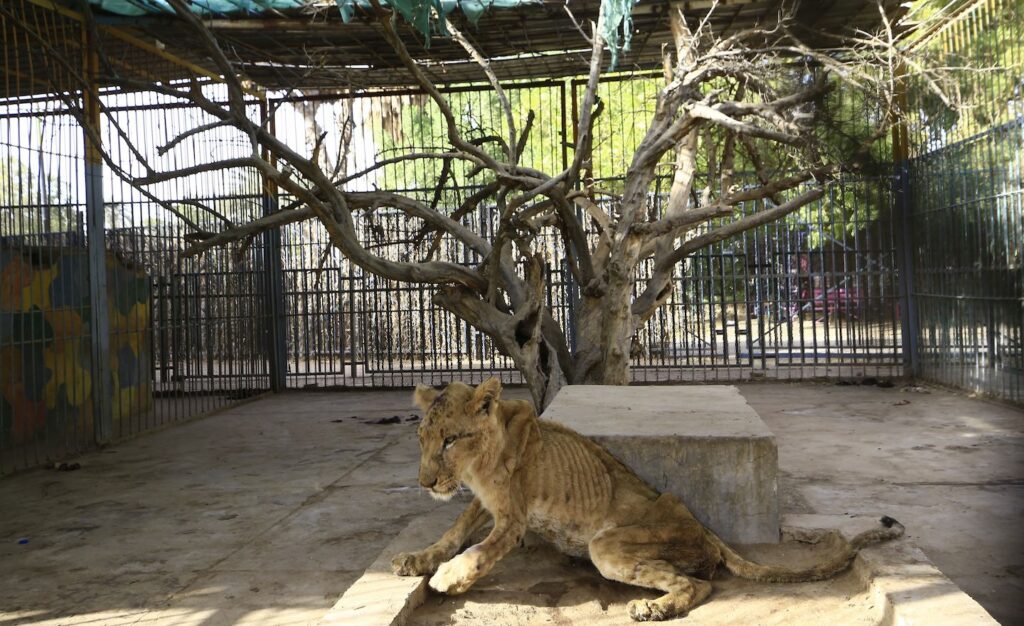