Drought and Hunger: Why Thousands of Guatemalans Are Fleeing North

The threat of famine and the battle for dwindling natural resources are increasingly being recognised as major factors in the exodus. 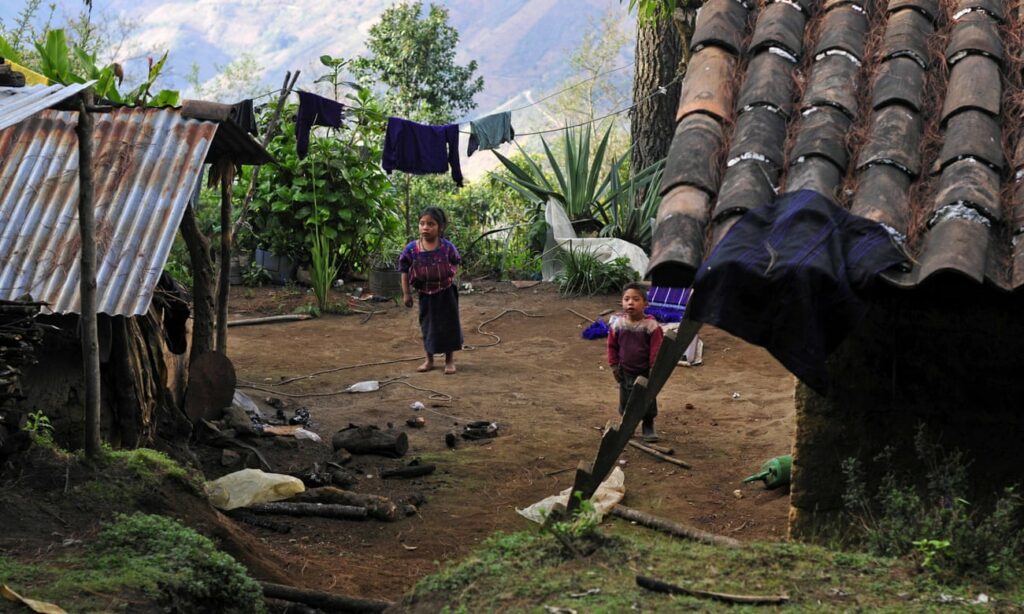 Children at the courtyard of their housing at the municipality of San Juan de Atitán, one of the poorest places in the World, located at the department of Huehutenango, Guatemala.
Photograph: Saul Martinez/EPA

7 Feb 2020 – Martina García grinds just enough maize kernels to make a handful of tortillas which she serves to her children and grandson for breakfast with a sprinkling of salt.

García, 40, must ration the family’s last few sacks of tiny corncobs after drought and prolonged heatwaves linked to the climate emergency devastated crops across Guatemala.

As a result, record numbers of subsistence farming families are going hungry: health officials registered more than 15,300 cases of acute malnutrition in children under five last year – up nearly 24% from 2018. It’s the highest number of acute malnutrition cases since 2015, when a severe drought destroyed harvests across Central America.

Rural communities in the Dry Corridor – a region which stretches through Guatemala, El Salvador, Honduras and Nicaragua – are bearing the brunt, with impoverished indigenous families like García’s in Jocotán, among the hardest hit.

“I’m lucky if I can find pumpkin flowers,” said the emaciated García. “But we mostly just eat tortillas.”

After an irregular rainy season and an unpromising harvest, almost 80% of maize grown in Guatemala’s highland region was lost, according to Oxfam. All that remains for many families are tiny corncobs studded with discoloured grains that look like rotten teeth. 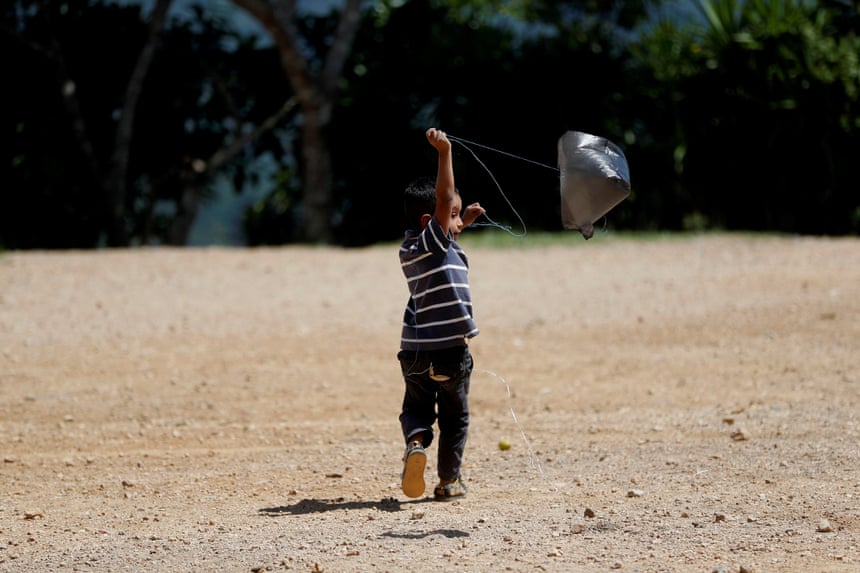 A child plays with a plastic bag in October 2019, where the drought causes dozens of cases of child malnutrition. Photograph: Esteban Biba/EPA

In October 2109, a baby in a nearby community died after not eating for many days. At least 33,000 children need urgent medical treatment due to acute malnutrition, according to Oxfam Guatemala.

Central America is one of the world’s most dangerous regions outside a warzone, where a toxic mix of violence, poverty and corruption has forced millions to flee north in search of security.

Now, drought, famine and the battle for dwindling natural resources are increasingly being recognized as major factors in the exodus.

And it seems to be getting worse: 2019 was the driest year in a decade with only 65 days of rain, according to Guatemala’s National Institute of Seismology, Volcanology, Meteorology and Hydrology. Guatemala’s subsistence farmers depend on rainfall – which is increasingly erratic – and most lack alternative sources of water.

Around one million Guatemalans – 15% of the population – are currently unable to meet their daily food requirements, according to the World Food Programme (WFP).

Amid the growing threat of famine, almost 265,000 Guatemalans migrants searching for work, safety and food security were detained at the US southern border in 2019 – a 130% increase on the previous fiscal year.

Worsening hunger across the region is a factor in the rise in migrant caravans trying to reach the US overland, according to both analysts and migrants themselves. 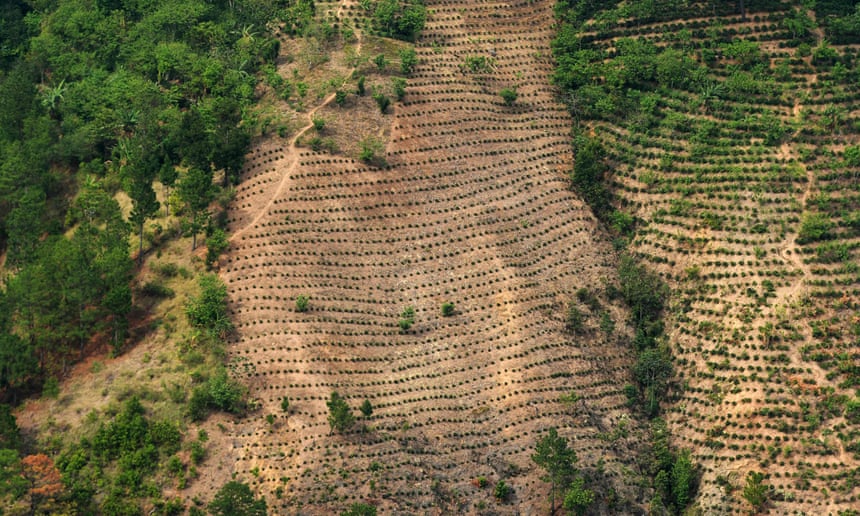 View of crops and a forest on a hillside damaged by deforestation, pests and prolonged droughts in the La Ceiba Talquezal village in the municipality of Jocotán in eastern Guatemala.
Photograph: Marvin Recinos/AFP/Getty Images

The caravans have been met with repression and hostility by Mexican and American authorities who accuse the migrants and refugees of political subversion and criminality.

Hunger is not a new phenomenon in Guatemala: at least 60% of the population live in poverty, hundreds of thousands rely on food aid, and almost 50% of children suffer stunted physical and cognitive development due to chronic malnourishment.

But experts warn that the additional burden of extreme weather is overwhelming these communities, which have been long ignored and repressed by the government.

Marc-Andre Prost, a WFP regional nutrition adviser, told Reuters: “Climate change is not responsible for this situation but it’s definitely exacerbating a situation where people don’t have the capacity to cope.”

Guatemala’s new president, Alejandro Giammattei, like numerous predecessors, has pledged to make child malnutrition a national priority, but the 2020 budget proposed a decrease of $27m to the ministry of health and a $13m increase for defense. (Congress failed to approve the budget in November, and details of the new budget have not yet been released.)

For García, the situation is desperate: food aid has yet to reach her canton, so once the maize runs out in March, she must find backbreaking work picking coffee – or else risk starvation. There’s no guarantee she’ll even find work, as a leaf-eating fungus known as roya – which thrives in warm conditions – has also devastated coffee crops.