The psychologists who stooped to torture, such as James Mitchell, must be held to account. 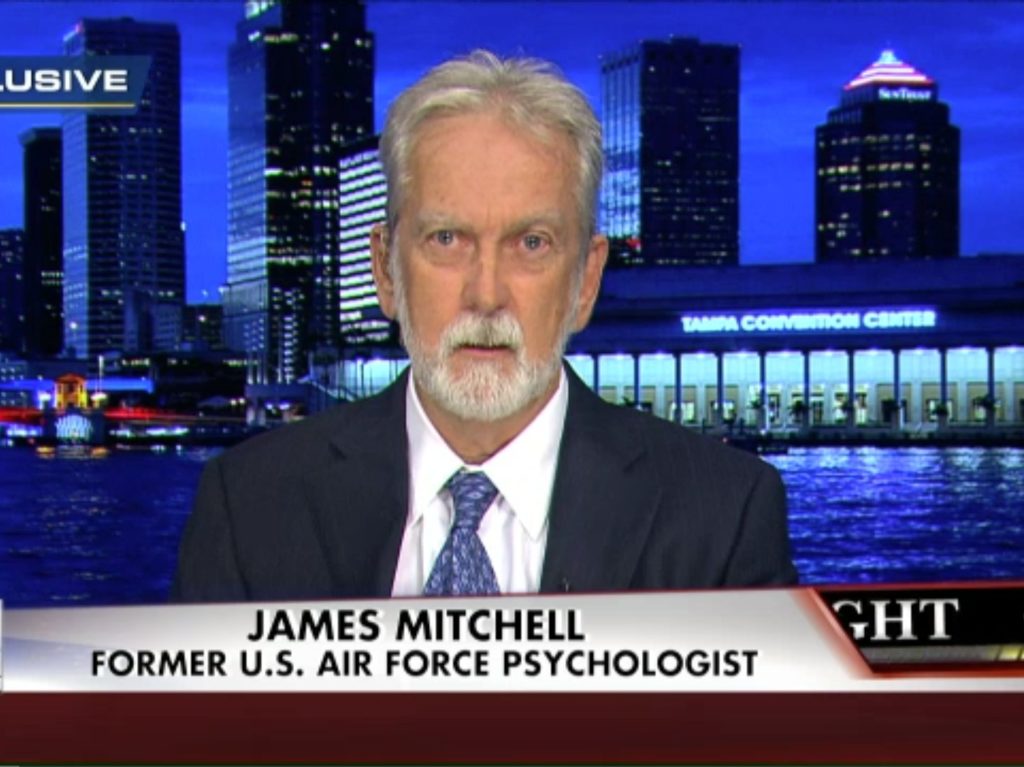 10 Feb 2020 – Last week, American psychologist and architect of the Bush-era torture programme, James Mitchell, took the stand at a hearing at the United States base in Guantanamo Bay, Cuba. He was there to provide evidence in the legal case against five men accused of planning and providing logistical support for the 9/11 attacks. His chilling testimony legitimising torture was yet another reminder of the shameful complicity of medical and health personnel in the horrific crimes committed in recent history under the pretence of “saving American lives”.

As a senior psychiatrist who has worked with torture survivors for decades, I have seen the human cost of torture; how it savagely destroys a person and traumatises whole families and societies – all to obtain information that is often false, served up to provide whatever may end the unbearable pain.

I worked with a young man who suffered near-drowning, when waterboarded, who cannot now take a shower or pull a jumper over his head as these actions make him relive the horror all over again. I worked with others constantly reliving the pain and smells of burning flesh. I tried to help people who experience perpetual exhaustion and terror following sleepless nights where they vividly re-experienced beatings, electrocutions, mock executions and sexual violence they endured. I worked with one woman who cannot stop hearing the voice of the man who raped her, who taunted her with the words “you will never forget this, and you will never be able to tell your husband”.

Since 9/11, a myriad of human rights abuses have been committed and justified in complete disregard of the United Nations Convention against Torture by countries that once led the way in establishing the torture ban as a legal norm. 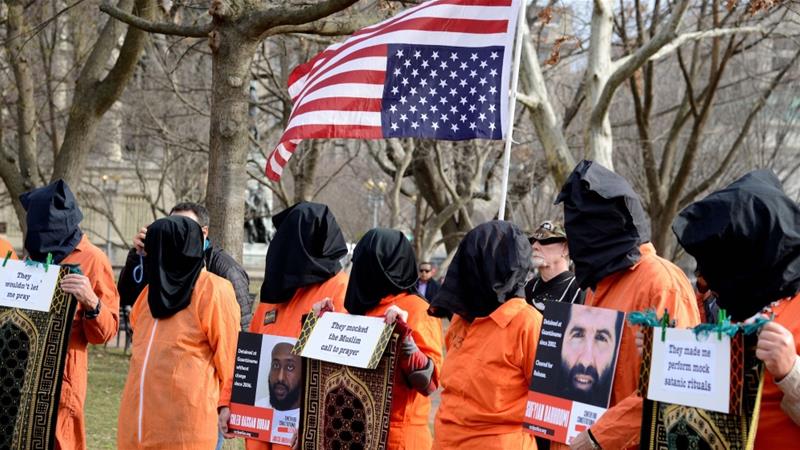 Activists demonstrate against the Guantanamo Bay detention camp and call for accountability for torture, near the White House, in Washington, US, Jan 11, 2020. [Mike Theiler/Reuters]

Almost two decades have passed since the start of the “war on terror” and the implementation of the US “enhanced interrogation” programme – a clinically friendly name for what until that time had been known by its proper name: torture. So, when he took the stand last week, did Mitchell finally accept responsibility for his crimes? Far from it. He simply gave a testimony mirroring his earlier justifications: “I’m just a guy who got asked to do something for his country”.

As a medical professional, my conduct is underpinned by principles of rehabilitation and respect for autonomy. Psychologists like Mitchell and his colleague Bruce Jessen, who helped him create the torture programme, were bound by similar ethics. Their involvement in torture is perverse and one of the worst conceivable violations of our profession. But Mitchell and his colleagues are hardly the only ones responsible for the atrocities committed in this period of recent history. Those crimes ripple beyond the individual. We know from the so-called “torture memos” and other evidence, that the expert opinion of scores of lawyers, doctors and civil officials was sought and relied upon to argue that “enhanced” interrogation techniques do not constitute torture.

The testimonies presented at the Guantanamo hearing this past week were reminiscent of the famous Milgram experiment in the 1960s, which explored how easy it was to replicate the obedience that led to the creation of Nazi concentration camps like Auschwitz. Participants in the experiment who were made to believe that they had inflicted intolerable and even lethal pain on innocent test subjects had repeatedly insisted that they were not responsible for their actions and that they were merely following orders.

It has been extraordinary to see the same moral dereliction on display at Guantanamo. Mitchell’s deflection of personal responsibility by claiming that he was “just doing a job” is unconscionable, but the moral failure is broader than that. The normalisation of the actions of Mitchell and others serves as a warning for what could lie ahead.

US President Donald Trump falsely claims that torture “absolutely works”. He promoted figures from that “war on terror” era to prominent positions: Gina Haspel, a woman accused of running a “black site” in Thailand where waterboarding and other interrogation methods were used on suspects, is now director of the CIA. Trump wants to appoint Marshall Billingslea, an official who advocated torture in the post-9/11 era, to the most senior US human rights role.

In the United Kingdom, the government continues to block full transparency on its own complicity in the US torture programme, which parliamentarians on all sides have called for. The elected presidents of countries like Brazil and the Philippines publicly praise torture.

In this frightening climate, it is more important than ever to remind ourselves of what we stand for, and what we are capable of. A society’s tolerance of torture is a good litmus test for that. As one of the characters in the film Apocalypse Now puts it: “In this war, things get confused out there: power, ideals, the old morality … Every man has got a breaking point”.

If we are to avoid repeating the mistakes of the past, the psychologists who stooped to torture should not be called to give evidence against the detainees they abused. They should themselves be on trial. Torture is a crime – and its legitimisation makes for a more dangerous world.

As a health professional and as a human being, I know that we can and must do better. Those responsible for these horrifying actions must be held to account. Our humanity depends on it.