24 Feb 2020 – Urged to restore economic activity by President Xi Jinping, large parts of China relaxed curbs on transport and movement of people today as reported new cases of the coronavirus outside the worst-hit province fell to the lowest in a month.

Figures released by the national health authority today showed 24 out of China’s 31 provinces and regions – including Beijing, Shanghai and populous provinces such as Henan and Anhui – reported zero cases of new infections on Feb. 23, the best showing since it began publishing nationwide figures on Jan. 20.

There were just 11 new cases in six other provincial-level jurisdictions, while in Hubei province, the epicenter of the epidemic, the number of new cases fell to 398 from 630 a day earlier.

On Sunday, President Xi hailed the positive trend, and urged businesses to resume work and safeguard jobs. He also told low-risk provinces to restore economic activity and output, while high-risk regions focused on controlling the epidemic. 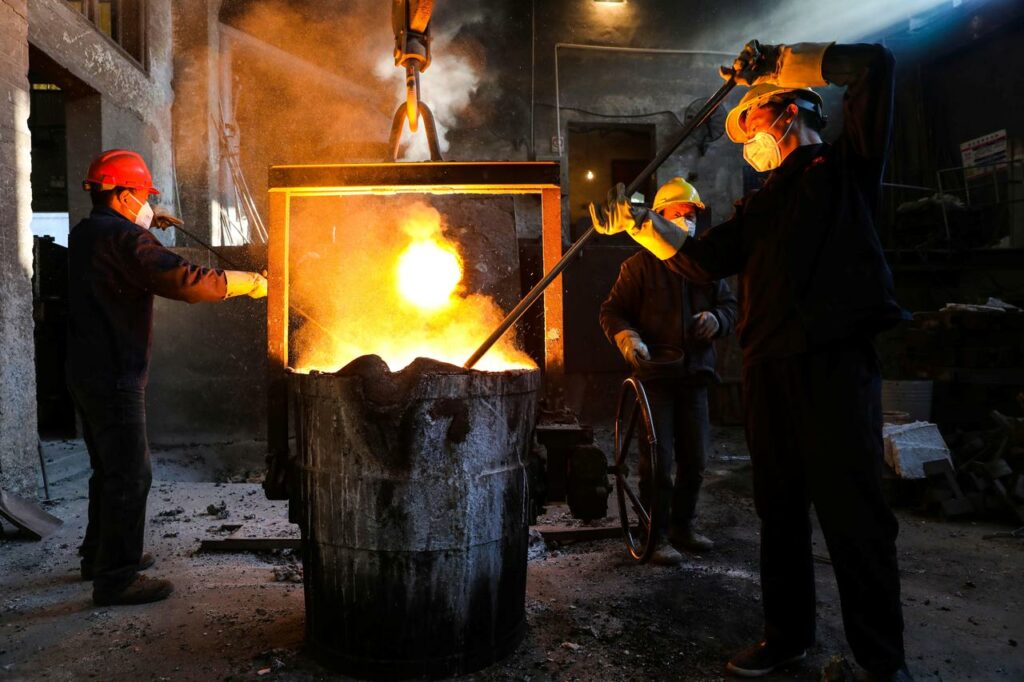 Workers wearing face masks work next to a furnace at a steel plant in Hangzhou, Zhejiang province, China February 24, 2020.
China Daily via REUTERS

Yunnan, Guangdong, Shanxi and Guizhou on Monday lowered their coronavirus emergency response measures from the most serious level, joining the provinces of Gansu and Liaoning in relaxing restrictions on traffic and movement of people.

The coronavirus has infected nearly 77,000 people and killed more than 2,500 in China in one of the most serious public health crises in decades. The pathogen has also spread to other countries such as South Korea, Italy and Iran.

Whether or not China can defeat the epidemic is “a major test of (Communist) Party organizations, party members and cadres of all levels,” Xi said, warning officials to avoid complacency.

Hubei remains virtually cut off from the outside world, although the provincial capital of Wuhan, ground zero of the outbreak, said on Monday it will allow people in good health to leave the city for essential reasons.

In the rest of China, factories, businesses and construction sites have already gradually restarted.

Large state-owned enterprises have been told to spearhead a recovery in industry while policymakers roll out measures to support struggling small and medium-sized companies.

China’s gross domestic product may slow in the first quarter, possibly easing to 3% growth or even lower, from 6% in the previous quarter – which was already the weakest pace in nearly 30 years, economists estimated.

“The risk is that, with the emphasis on the economy and a differentiation of regions based on the number of new infection cases, the quality of new infection data reported by local governments could be compromised again,” Nomura wrote in a research note.

“Cover-ups could lead to slack preventions…” it said.

Beijing, which has reported two straight days of zero new infections, is not letting down its guard.

People not wearing masks in public places will be warned, and office buildings must set upper limits on daily human traffic, municipal authorities said on Monday.

U.S. hypermarket chain Costco received a verbal warning from authorities in Shanghai after a large crowd flocked to its newly opened store in the city.

At a coffee shop on Friday in the central Futian financial district in Shenzhen, most tables were full, though staff were seen telling patrons to pull their masks back up between sips, and telling them not to dwell over their drinks too long.

“You should stay here for only 10 to 15 minutes, sorry,” a customer was told.