Dear TMS editor, I would like to draw your attention to a new journalism award, and to kindly ask you to disseminate the information below to forward it to journalists that may have an interest in submitting entries to the contest. Perhaps also contributors to TRANSCEND can be interested in applying. 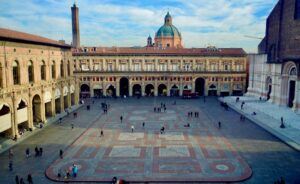 The International Association of Religion Journalists-IARJ together with the Italian institute Fondazione per le Scienze Religiose Giovanni XXIII (FSCIRE), within the framework of the European Academy of Religion, have launched a new journalism award for journalists based in Europe and in the Mediterranean basin, the Piazza Grande Religion Journalism Award, of which I am the coordinator.

The amount of the award, fully funded by the FSCIRE, is €2,500. The deadline for submissions is 27 April 11:00h GMT, and the works submitted must have been published between 1 Jan and 31 Dec 2019. An international jury of prominent journalists, which will be announced soon, will select the winner.

The goal of the award is to encourage the journalistic coverage of religion on the field, through work with a wide range of sources, portraying peace and conflict, dialogue and interfaith issues, and the most varied intersections of religion with politics, public life, culture and the arts, society and history, at local, regional or international level.

It is not necessary for applicants to be full-time religion reporters, as long as the story submitted has a relevant religion component.

Articles can be in any official language of Europe and the Mediterranean basin, but the submission must include a faithful translation in English or in French.

– Here you can find the FAQs about the award

Should you have any questions please do not hesitate to contact me at mpazlopez@theiarj.org

Or the secretary of the award, Elisa Di Benedetto, at elisadibenedetto@theiarj.org

María-Paz López is the foreign correspondent in Berlin of Spanish newspaper La Vanguardia  and also a Board director at the International Association of Religion Journalists (IARJ) .

The IARJ is not a confessional organization, nor a group of religious journalists, but a professional journalistic association devoted to enhance the religion beat worldwide, and whose members may or may not be believers of a particular religion. The association is best described by our mission statement: “The International Association of Religion Journalists (IARJ) is a global network of journalists promoting excellence in the coverage of religion and spirituality. It provides services and resources to strengthen and support the work of its members. It engages media leaders, educational institutions and communities on the importance of accurate, balanced, and ethical religion coverage to foster understanding.”

Anticopyright: Editorials and articles originated on TMS may be freely reprinted, disseminated, translated and used as background material, provided an acknowledgement and link to the source, TMS: New Religion Journalism Award, is included. Thank you.