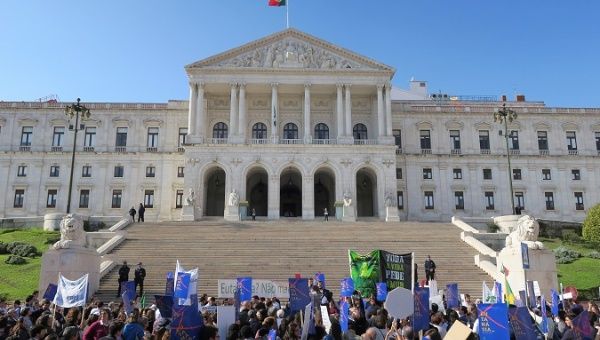 20 Feb 2020 – Despite protests from fundamentalist religious groups, Portugal’s Parliament today took the first step in favor of the decriminalization of euthanasia and physician-assisted suicide.

In 2018, the “anticipation of death” bill was rejected by just five votes. On this occasion, however, the Portuguese parliament analyzed five different bills on the same subject.

Among the main proposals were those presented by the Left Bloc, the Socialist Party, the Ecological Party, the People-Animals-Nature (PAN) party and the Liberal Initiative, each of which had its own bill.

The decision was taken in the middle of an intense and politicized debate, which has been taking place both inside and outside the parliamentary precinct.

According to a recent survey, 70 percent of Portuguese doctors are in favor of euthanasia being decriminalized, an opinion which many citizens also share.

“I am Catholic but I do not share the Church’s opinion. We have come [to this world] to live, not to suffer. If people are suffering psychologically so much that they don’t want to live anymore, I am nobody to tell them to keep on living,” Lola, a Portuguese woman, said.

To effectively enter into force, however, the law of euthanasia must also be sanctioned by Portugal’s President Marcelo Rebelo de Sousa, a conservative politician who could veto the new norm.

In Europe, the Netherlands was the first country to decriminalize “medically assisted death” in 2002. It was followed by Belgium, Switzerland, and Luxembourg.

Brazilians Are Fleeing To Portugal To Escape Bolsonaro’s Hate

Brazilians are fleeing to Portugal to escape Bolsonaro’s hate.