If these places are so threatening, the U.S. shouldn’t continue to give their governments the very weapons that can make them even more unsafe. 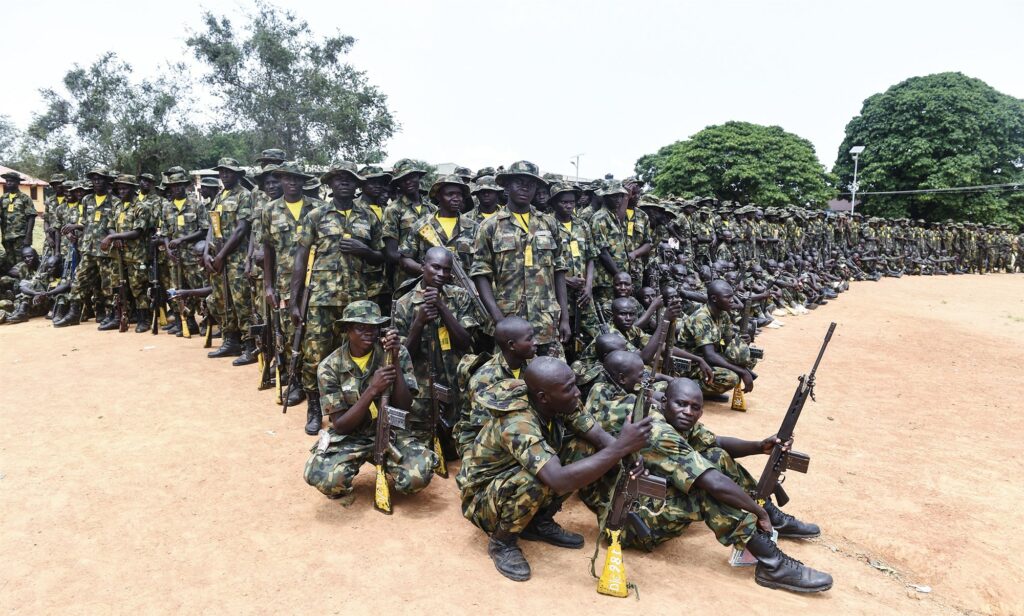 31 Jan 2020 – The Trump administration announced today that it is adding six new countries to the existing travel ban, joining the seven already on the list. The ban means that citizens living in these nations cannot get visas to travel to the United States without getting a special waiver, dramatically reducing the number of people from these countries visiting the United States. The administration’s rationale for the ban is that conditions in those countries, especially the level of terrorism, raised the risk of allowing their citizens into the U.S. to an unacceptable level.

In these places, U.S. arms have not brought stability, much less peace. Instead, in many cases they have led to increased homicide rates and fed state-sponsored violence.

But if the administration is correct about the risks posed from the countries on the newly expanded list, why does it continue to allow the U.S. government and companies to sell weapons to more than half of them? During the Trump administration alone, the U.S. has sold Libya, Yemen, Eritrea, Kyrgyzstan, Myanmar, Nigeria and Tanzania (the last five of which are new additions to the travel ban) everything from handguns and automatic weapons to light attack aircraft. Even more damning, since 2002 the U.S. has sold roughly $409 million worth of these weapons to 10 of these 13 nations despite their troubled political systems, poor human rights records, high levels of corruption and their participation in a range of conflicts.

The Trump administration is only the most recent administration to embrace what they believe to be the strategic and economic benefits of arms sales, while turning a blind eye to the downstream consequences of how these arms can increase terrorism and dysfunction in the countries to which they are sent.

For the White House, arms sales appear to be the ultimate tool of foreign policy: a flexible way to support allies and partners, who face internal challenges such as terrorism and insurgency, as well as external threats from dangerous neighbors, without putting American boots on the ground. And it’s a tool for exerting leverage over the recipients of American weapons that offers an economic boon to U.S. companies.

Since the terror attacks of Sept. 11, 2001, arms sales and transfers have been a central tactic in the U.S. war on terror. From 2002 through 2019, the United States sold about $215 billion worth of weapons to 169 countries, as calculated by the NGO Security Assistance Monitor, including many where the risks should have been obvious. This list includes autocratic nations such as Saudi Arabia and Nigeria that have used American weapons to kill civilians at home and abroad, nations such as Colombia and Paraguay while they were gripped by civil conflict, and places such as the United Arab Emirates and Uganda that host well-established black markets for American weapons.

In these places, U.S. arms have not brought stability, much less peace. Instead, in many cases they have led to increased homicide rates and fed state-sponsored violence, and may have exacerbated rather than ameliorated terrorism and civil conflicts.The U.S., for instance, has delivered millions of dollars in weapons to Nigeria since Trump took office and the country is notorious for losing these weapons to Boko Haram— the exact group the weapons are being sold to fight.

Despite the steadily accumulating evidence that arms sales to corrupt and troubled nations have had negative consequences, the American arms sales portfolio has only become more dangerous since the George W. Bush administration.

At the Cato Institute, we developed an Arms Sales Risk Index to assess the likelihood of negative consequences of sales such as weapons being stolen, used against civilians or deepening a conflict on a 0-to-100 scale. The risk score of the average American weapons customer has risen from 39 under President George W. Bush to 41 under President Barack Obama to 48 during the first three years of the Trump administration. To put those figures in perspective, the average nation’s risk score in 2019 was 39, while NATO countries average just 17.

Sadly, it doesn’t look like Trump worries much about these risks. Though his predecessors all sold plenty of weapons, Trump’s revision of the Conventional Arms Transfer Policy, the White House’s primary policy for weapons exports, makes clear his unprecedented emphasis on the economic benefits of arms sales.

These countries suffer from much higher than average rates of terrorism, human rights abuses and political violence.

Critics complain that the travel ban was just a thinly disguised anti-Muslim move given the populations from the original seven countries that were barred — Trump did not, for example, ban travel from Thailand or the Philippines, states without Muslim majorities where substantial terrorist activities take place.

Though there may be some truth to this argument, the average risk index score of Trump’s proposed group of travel ban nations is a staggering 69 out of 100. These countries suffer from much higher than average rates of terrorism, human rights abuses and political violence; are far more fragile than most; and are much likelier to be engaged in both internal and external conflicts. Caution in managing relations with these nations is clearly in order.

What does not make sense, however, is prohibiting people from these countries from traveling to the U.S. while continuing to sell their governments the very weapons that may make them even more dangerous.

A. Trevor Thrall is an associate professor at George Mason University’s Schar School of Policy and Government and a senior fellow at the Cato Institute.

Jordan Cohen is a doctoral student in political science at George Mason University’s Schar School of Policy and Government.