20 Feb 2020 – The decision by US President Donald Trump to pardon the financial criminal Michael Milken is being celebrated on Wall Street and for good reason.

Milken was a pioneer of the methods and financial mechanisms that have led to the greatest accumulation of wealth by the financial oligarchy ever seen in history, at the expense of the jobs and social conditions of broad sections of the working class.

The tone on Wall Street following the news was encapsulated by Rich Handler, chief executive officer at the investment bank Jeffries, who told the Financial Times the decision was “spectacular for our industry.”

David Rubenstein of the private equity firm Carlyle Group, which specialises in leveraged buyout operations, said the pardon was “well deserved,” and he was “proud” to be among the 33 people listed as supporting it.

Previously, in 2017, David Solomon, the chief executive of Goldman Sachs, had praised the “inspiring entrepreneurial culture” associated with Milken and that working with him from 1986 to 1990 had made him “much more compelling and effective.”

The tone of the Wall Street celebrations was set in the statement issued by the White House, now occupied by a man with a history of financial scamming operations in New York. It described Milken as “one of America’s greatest financiers” and noted that the charges filed against him were “truly novel,” meaning that today they are regarded as normal practice.

The Wall Street Journal, owned by another of those signing the petition for his pardon, Rupert Murdoch, said, “Mr. Milken was one of the great financial innovators of the 20th century. In the 1980s he invented the high-yield bond market that is now a financial staple.” 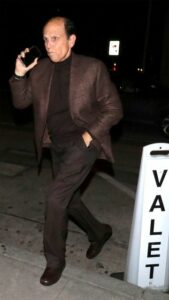 In order to make clear that the editorial was not simply a product of Murdoch’s support for the pardon but part of a more general view, it noted that the Journal had advocated Milken’s pardoning as far back as 2000, before Murdoch assumed ownership.

The effusive praise for Milken, both from the titans of Wall Street and their representative in the White House, is because he devised a method for extracting wealth from the real economy and transferring it into the hands of finance capital.

This was the centre of his use of so-called junk bonds–that is, debt with lower than investment grade status–used to finance leveraged buyouts of corporations.

The targets were companies which had a low stock price compared to the value of their underlying assets. The problem was to raise the finances for the takeover. Some of it was provided through banks and wealthy investors. But this was not sufficient, and low grade bonds, with a higher yield, were issued to make up the difference.

The company could then be taken over and its assets and cash flow used to pay off the interest and principal. In essence, the company’s assets were used to finance its takeover.

The centrepiece of this operation involved the slashing of jobs and the driving down of the wages and conditions of the workers. Companies were broken up, workers were sacked, and pension funds eviscerated.

As Jeff Madrick noted in his book The Age of Greed, “almost always the takeovers resulted in large layoffs, reduced wages and overhead, and the sales of subsidiaries,” while the financiers and executives who managed the downsizing “made fortunes.”

Milken’s firm Drexel enjoyed a spectacular rise as a result of these operations. In 1977 its revenues were $150 million. By 1985 they had risen to $2.5 billion and the following year leapt to $4 billion.

Milken was sentenced to 10 years jail in 1990 as a result of information against him provided by the convicted insider trader Ivan Boesky. His sentence was reduced to two years, of which he served 22 months, after he agreed to cooperate in the investigations of financial authorities–investigations that did not bring any new convictions.

But the jailing of Milken did not signify the end of the financial practices he had initiated. Rather, it was the start of their rapid expansion into new and ever more complex forms, including the use of financial derivatives, as Wall Street devised new mechanisms for siphoning up wealth.

As Madrick observed, “Rather than tightening financial regulations, Washington loosened them in the next two decades, even when new crises arose. In Alan Greenspan [chairman of the US Federal Reserve], nominated by the Republican Reagan, but strongly supported later by [Democrat] Bill Clinton, the vested interests of the financial community were well served in the name of narrow free market ideology.”

The financial mechanisms initiated by Milken in the 1980s, now extended and developed to new heights and which form a “staple” of the operations of Wall Street, were responsible for the conditions that led to the 2008 financial crash.

But the titans of Wall Street have suffered no consequences. Rather, they have been rewarded with the provision of trillions of dollars by the Fed in order that they can continue their speculative activities while the working class has been made to pay over the past decade and more through the destruction of jobs, the repossession of their homes, the destruction of social services and the endless reduction of real wages.

Now there are clear indications of a new financial crisis in the making as Wall Street, fuelled by the provision of ultra-cheap money, and the pledge that more will be provided, rises to record highs while the underlying global economy turns down.

One indication is the rise of the junk bonds that Milken pioneered. Earlier this month Moody’s warned that speculative-grade bonds maturing over the next five years would total $1.2 trillion, up 14 percent from a year ago, and the risk of default was rising.

The celebrations by the Wall Street financial oligarchs over the pardoning of Milken are a warning. Their support for this corporate criminal is the surest indication that in the next phase of the ongoing and deepening crisis of the system over which they preside they will stop at nothing to ensure their interests at the expense of the working class.