Calculating the Incalculable: Thoreau on the True Value of a Tree

“What would human life be without forests, those natural cities?” 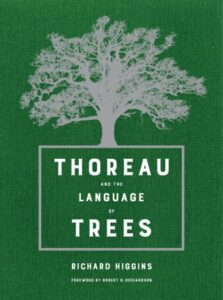 More than two years after a fire started by a teenage boy destroyed 47,000 acres of old-growth forest in Oregon’s Columbia River Gorge, having just resolved to face the new year like a tree, I found myself on the brink of tears before the blackened trunk of an ancient ponderosa pine as I walked the sylvan scar tissue of the tragedy. A conversation with my hiking companion — a dear friend currently working with the Navajo Nation on preserving and learning from their own ecological inheritance — led to the impossible question of how we can even begin to measure the loss: What is a tree worth? Not its timber, not its carbon offset value, but its treeness — the source of the existential wisdom Whitman celebrated, the mirror Blake believed it holds up to a person’s character, its silent teachings about how to love and how to live and what optimism really means.

The teenager who decimated this green tapestry of belonging was ordered to pay $36.6 million in restitution — a number that staggers at first, but only until one considers the nearly 4,000,000 leaved and rooted victims of the crime, and the many more millions of creatures for whom the forest was home, and even the occasional insignificant human animals who, like my friend and I, bathed in these ancient trees to wash away the sorrows of living.

The contemplation of this impossible question called to mind a fragment from the diaries of Henry David Thoreau (July 12, 1817–May 6, 1862) — he who saw nature as a form of prayer, who once mourned a tree like one mourns a friend, and who asked: “What would human life be without forests, those natural cities?” 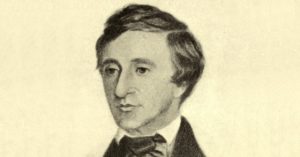 Noting the disappearance of Maine’s white pines, Thoreau laments how these majestic trees, each endowed with a living spirit as immortal as his own, are vanishing because the men who cut them down for lumber have failed to see their true value. In a passage included in the altogether revitalizing Thoreau and the Language of Trees (public library), he writes:

Can he who has discovered only some of the values of whalebone and whale oil be said to have discovered the true use of the whale? Can he who slays the elephant for his ivory be said to have “seen the elephant”? These are petty and accidental uses; just as if a stronger race were to kill us in order to make buttons and flageolets of our bones; for everything may serve a lower as well as a higher use.

I have been into the lumber-yard, and the carpenter’s shop, and the tannery, and the lampblack factory, and the turpentine clearing; but when at length I saw the tops of the pines waving and reflecting the light at a distance high over all the rest of the forest, I realized that the former were not the highest use of the pine. It is not their bones or hide or tallow that I love most. It is the living spirit of the tree, not its spirit of turpentine, with which I sympathize, and which heals my cuts. It is as immortal as I am, and perchance will go to as high a heaven, there to tower above me still. 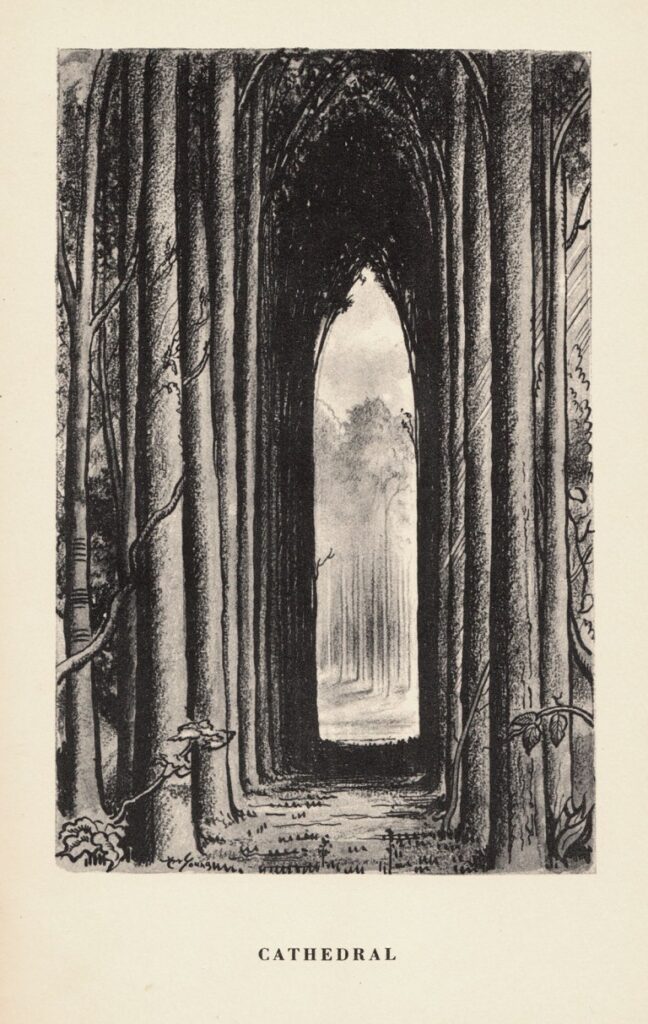 Art from Trees at Night — Art Young’s tree silhouettes from the 1920s.

Thoreau cherished trees not only in the forest but also in the city. In a journal entry penned at the vibrant height of autumn and included in the indispensable Excursions (free ebook | public library) — the volume that gave us Thoreau on finding inner warmth in the cold season — he considers the democratizing value of the maples hemming his local Main Street:

Little did the fathers of the town anticipate this brilliant success, when they caused to be imported from farther in the country some straight poles with their tops cut off, which they called Sugar-Maples; and, as I remember, after they were set out, a neighboring merchant’s clerk, by way of jest, planted beans about them. Those which were then jestingly called bean-poles are to-day far the most beautiful objects noticeable in our streets. They are worth all and more than they have cost, — though one of the selectmen, while setting them out, took the cold which occasioned his death, — if only because they have filled the open eyes of children with their rich color unstintedly so many Octobers. We will not ask them to yield us sugar in the spring, while they afford us so fair a prospect in the autumn. Wealth in-doors may be the inheritance of few, but it is equally distributed on the Common. All children alike can revel in this golden harvest. 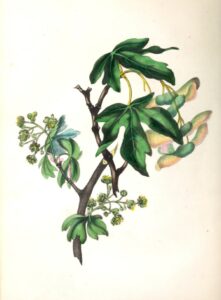 Complement with philosopher Martin Buber on what trees teach us about seeing one another and the emboldening illustrated story of Wangari Maathai’s movement to plant trees as resistance and empowerment, which made her the first African woman to receive the Nobel Peace Prize, then revisit Thoreau on the long cycles of social change and the difference between an artisan, an artist, and a genius.

One Response to “Calculating the Incalculable: Thoreau on the True Value of a Tree”