Coronavirus Is the Perfect Disaster for ‘Disaster Capitalism’

Naomi Klein explains how governments and the global elite will exploit a pandemic.

13 Mar 2020 – The coronavirus is officially a global pandemic that has so far infected 10 times more people than SARS did. Schools, university systems, museums, and theaters across the U.S. are shutting down, and soon, entire cities may be too. Experts warn that some people who suspect they may be sick with the virus, also known as COVID-19, are going about their daily routines, either because their jobs do not provide paid time off because of systemic failures in our privatized health care system.

Most of us aren’t exactly sure what to do or who to listen to. President Donald Trump has contradicted recommendations from the Centers for Disease Control and Prevention, and these mixed messages have narrowed our window of time to mitigate harm from the highly contagious virus.

These are the perfect conditions for governments and the global elite to implement political agendas that would otherwise be met with great opposition if we weren’t all so disoriented. This chain of events isn’t unique to the crisis sparked by the coronavirus; it’s the blueprint politicians and governments have been following for decades known as the “shock doctrine,” a term coined by activist and author Naomi Klein in a 2007 book of the same name.

History is a chronicle of “shocks”—the shocks of wars, natural disasters, and economic crises—and their aftermath. This aftermath is characterized by “disaster capitalism,” calculated, free-market “solutions” to crises that exploit and exacerbate existing inequalities.

Klein says we’re already seeing disaster capitalism play out on the national stage: In response to the coronavirus, Trump has proposed a $700 billion stimulus package that would include cuts to payroll taxes (which would devastate Social Security) and provide assistance to industries that will lose business as a result of the pandemic.

“They’re not doing this because they think it’s the most effective way to alleviate suffering during a pandemic—they have these ideas lying around that they now see an opportunity to implement,” Klein said.

VICE spoke to Klein about how the “shock” of coronavirus is giving way to the chain of events she outlined more than a decade ago in The Shock Doctrine.

This interview has been lightly edited for length and clarity.

Let’s start with the basics. What is disaster capitalism? What is its relationship to the “shock doctrine”?

The way I define disaster capitalism is really straightforward: It describes the way private industries spring up to directly profit from large-scale crises. Disaster profiteering and war profiteering isn’t a new concept, but it really deepened under the Bush administration after 9/11, when the administration declared this sort of never-ending security crisis, and simultaneously privatized it and outsourced it—this included the domestic, privatized security state, as well as the [privatized] invasion and occupation of Iraq and Afghanistan.

The “shock doctrine” is the political strategy of using large-scale crises to push through policies that systematically deepen inequality, enrich elites, and undercut everyone else. In moments of crisis, people tend to focus on the daily emergencies of surviving that crisis, whatever it is, and tend to put too much trust in those in power. We take our eyes off the ball a little bit in moments of crisis.

Where does that political strategy come from? How do you trace its history in American politics?

The shock-doctrine strategy was as a response to the original New Deal under FDR. [Economist] Milton Friedman believes everything went wrong in America under the New Deal: As a response to the Great Depression and the Dust Bowl, a much more activist government emerged in the country, which made it its mission to directly solve the economic crisis of the day by creating government employment and offering direct relief.

If you’re a hard-core free-market economist, you understand that when markets fail it lends itself to progressive change much more organically than it does the kind of deregulatory policies that favor large corporations. So the shock doctrine was developed as a way to prevent crises from giving way to organic moments where progressive policies emerge. Political and economic elites understand that moments of crisis is their chance to push through their wish list of unpopular policies that further polarize wealth in this country and around the world.

Right now we have multiple crises happening: a pandemic, a lack of infrastructure to manage it, and the crashing stock market. Can you outline how each of these components fit into the schema you outline in The Shock Doctrine ?

The shock really is the virus itself. And it has been managed in a way that is maximizing confusion and minimizing protection. I don’t think that’s a conspiracy, that’s just the way the U.S. government and Trump have utterly mismanaged this crisis. Trump has so far treated this not as a public health crisis but as a crisis of perception, and a potential problem for his reelection.

The shock doctrine was developed as a way to prevent crises from giving way to organic moments where progressive policies emerge.

It’s the worst-case scenario, especially combined with the fact that the U.S. doesn’t have a national health care program and its protections for workers are abysmal. This combination of forces has delivered a maximum shock. It’s going to be exploited to bail out industries that are at the heart of most extreme crises that we face, like the climate crisis: the airline industry, the gas and oil industry, the cruise industry—they want to prop all of this up.

How have we seen this play out before?

In The Shock Doctrine I talk about how this happened after Hurricane Katrina. Washington think tanks like the Heritage Foundation met and came up with a wish list of “pro-free market” solutions to Katrina. We can be sure that exactly the same kinds of meetings will happen now— in fact, the person who chaired the Katrina group was Mike Pence. In 2008, you saw this play out in the original [bank] bail out, where countries wrote these blank checks to banks, which eventually added up to many trillions of dollars. But the real cost of that came in the form of economic austerity [later cuts to social services]. So it’s not just about what’s going on right now, but how they’re going to pay for it down the road when the bill for all of this comes due.

Is there anything people can do to mitigate the harm of disaster capitalism we’re already seeing in the response to the coronavirus? Are we in a better or worse position than we were during Hurricane Katrina or the last global recession?

When we’re tested by crisis we either regress and fall apart, or we grow up, and find reserves of strengths and compassion we didn’t know we were capable of. This will be one of those tests. The reason I have some hope that we might choose to evolve is that—unlike in 2008—we have such an actual political alternative that is proposing a different kind of response to the crisis that gets at the root causes behind our vulnerability, and a larger political movement that supports it.

This is what all of the work around the Green New Deal has been about: preparing for a moment like this. We just can’t lose our courage; we have to fight harder than ever before for universal health care, universal child care, paid sick leave—it’s all intimately connected.

If our governments and the global elite are going to exploit this crisis for their own ends, what can people do to take care of each other?

”’I’ll take care of me and my own, we can get the best insurance there is, and if you don’t have good insurance it’s probably your fault, that’s not my problem”: This is what this sort of winners-take-all economy does to our brains. What a moment of crisis like this unveils is our porousness to one another. We’re seeing in real time that we are so much more interconnected to one another than our quite brutal economic system would have us believe.

We might think we’ll be safe if we have good health care, but if the person making our food, or delivering our food, or packing our boxes doesn’t have health care and can’t afford to get tested—let alone stay home from work because they don’t have paid sick leave—we won’t be safe. If we don’t take care of each other, none of us is cared for. We are enmeshed.

We’re seeing in real time that we are so much more interconnected to one another than our quite brutal economic system would have us believe.

Different ways of organizing society light up different parts of ourselves. If you’re in a system you know isn’t taking care of people and isn’t distributing resources in an equitable way, then the hoarding part of you is going to be lit up. So be aware of that and think about how, instead of hoarding and thinking about how you can take care of yourself and your family, you can pivot to sharing with your neighbors and checking in on the people who are most vulnerable. 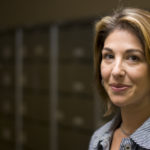 Marie Solis is a staff writer at VICE, with a focus on abortion pills (used in a clinic or on one’s own). Have a story tip about medication abortion? You can contact Marie at marie.solis@vice.com or, for a secure email, marie.solis@protonmail.com.

2 Responses to “Coronavirus Is the Perfect Disaster for ‘Disaster Capitalism’”