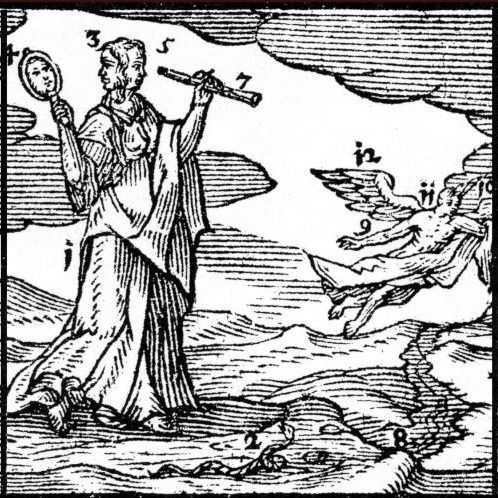 25 Mar 2020 –This essay was written seated on my couch, trying to make sense of the contemporary ‘state of emergency’ as the world around me has gradually come to a standstill. It argues that imagining the post-COVID19 era requires to move beyond technocratic and humanitarian modes of thinking that neutralize politics in the name of the higher moral ideal of ‘saving life’ and to re-assert our collective rights for the public good.

What is striking in the way our governments have articulated their response to the “coronavirus crisis” is the exclusive emphasis on biomedical measures. The state of emergency imposed on us is presented as the most obvious response in exceptional circumstances. In other words, the management of the “crisis” is presented as a mere technical matter. On the one hand, we are made responsible for our own health and the one of others by washing our hands, wearing a mask, remaining confined and maintaining physical distance. On the other, the health of the general population is managed through emergency measures: requisitioning additional reanimation beds, building field hospitals, calling in retired medical staff and medical students for backup.

These dynamics illustrate particularly well a shift examined by Michel Foucault in his reflections on the relationship between knowledge and power which is less visible in more ordinary times: that is to say, a move toward a biopolitical mode of governance that aims to manage human collectivities through statistics, indicators and other measurement tools.

Time is running out, we are told, and the end justifies the means.

We must regain control over life in the collective sense of the word, not over individual human life. See, for example, how the British government has for a moment raised the possibility of “group immunity”, accepting to sacrifice the most vulnerable segments of its population, i.e. the elderly, for the benefit of the greatest number. See again how refugees living in camps on the Greek islands are perceived as a biomedical threat that has to be contained. Reduced to polluting matters, they have lost their status as human beings and have become the most evident embodiment of ‘bare life’, to use Giorgio Agamben’s expression. Their isolation is not intended to protect them but rather to protect the local Greek population and the European population in general, from this virus “from abroad”. Racial boundaries forged through apparently neutral medical discourses are added to the already highly policed borders of the rich world. Excluding ‘others’ (i.e. foreigners) is justified as the only viable means to save ‘our lives’. As Mateusz Laszczkowski argues in his post, the 16th century figure of the ‘plague-spreader’ has been resurrected in the figure of the foreigner as ‘virus-carrier’.

But beyond the humanitarian justifications for sorting out the lives to be saved and those to be risked or sacrificed, humanitarian reason tends to neutralise politics and to overlook the deep-rooted reasons for which we find ourselves in such a situation. The increasing importance of moral arguments in political discourses, as Didier Fassin argues, obscures how rules imposed in the name of the preservation of life and the alleviation of suffering are also about power, discipline and surveillance. We live, without any doubt, in the age of ‘humanitarian government’ where experts, as Judith Beyer puts it in her introduction to this thread, represent the highest moral authority. In the process of making expertise the only valid form of democratic engagement, activities that were previously seen as the provenance of politics and thus subject to public debate have become reduced to matters of techniques. But let’s imagine what our situation would look like if health was still considered a public good. Perhaps there would be some room left to critically examine why a humanitarian organization like Médecins Sans Frontières (Doctors Without Borders) decided to launch a COVID-19 mission in France, a country which was considered not that long ago as equipped with one of the best healthcare systems in the world. Perhaps there would be greater opportunities to discuss why medical staff have been turned into self-sacrificing heroes, sent to the ‘frontline’ without weapons, i.e. without protective masks and gloves, having to risk their lives to save the ones of the contaminated. Maybe we could debate the political priorities to establish once the ‘crisis’ is over and collectively decide whether financial support should first be channeled toward big corporations (whose economic model has directly contributed to the current catastrophe) or toward the welfare system, so as to contain the long-term human consequences of the crisis.

Moving beyond the framework of ‘humanitarian emergency’ that has become the ‘new normal’ would certainly enable us to imagine a future where inequalities would no longer be acceptable.

The coronavirus ‘crisis’ highlights how four decades of neo-liberal policies have destroyed our health systems and, more broadly, diminished our resilience capacities. Over the past weeks, scientists have warned us that research on coronaviruses takes time and resources, and cannot be carried out in a hurry, in stark contrast to the current neoliberal practice of research funding. Health services, already overstretched before the crisis, equally require continuous public support so that they do not have to resort to the cruel triage of lives. Finally, the environment (not profit) must be our top priority at a time when ecosystems essential to life on earth are collapsing.

In other words, we need to move away from humanitarian thinking, which provides primarily technical answers, and rethink in political terms the public good, solidarity and social justice.

Julie Billaud is Associate Professor of Anthropology at the Graduate Institute for International and Development Studies in Geneva. Her researches interests include Afghanistan, Islam, gender, international governance, humanitarianism and human rights. She is the author of Kabul Carnival: Gender Politics in Postwar Afghanistan (University of Pennsylvania Press, 2015).