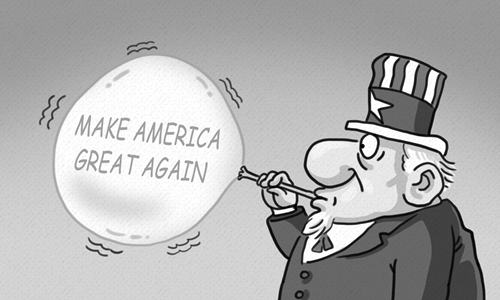 30 Mar 2020 – For most people it’s unfathomable that the fight against the COVID-19 pandemic is the first global event that hasn’t been led by the US since 1941. In 1941, the US was a leader in the worldwide antifascist war. During this current global fight against an invisible enemy, the US is hardly able to protect itself. The US should have been much better prepared for the outbreak considering the coronavirus came to its shores after it had rampaged through China, Japan, South Korea, Iran, Italy, France, Germany and Britain.

The Trump administration was ineptly over-confident. It lied about the pandemic, missed its best chance to contain the virus, and is now trying to blame other countries. Currently, the US leads the world in the number of infected cases, with a total death toll that is greater than that caused by the 9/11 attacks. According to Professor Stephen M. Walt, the pandemic may declare “the death of American competence.”

The US is the self-proclaimed leader of the world, but it’s sad to see that not one country has rushed to help the US out of its current virus plight. By contrast, when China was in its arduous battle against the virus two months ago, at least 53 countries donated personal protective equipment (PPE), and now as the threat in China abates it has helped more than 80 countries and international organizations, supplying ventilators and PPE. I wonder what Time magazine’s founding publisher Henry Luce, who coined the term “American Century,” would call on the US to do. Perhaps he would publish a similar cover story, but this time probably an obituary: “American Century (1941-2020).”

There have been debates on the decline of the US for many years. I believe that the US, which led the world’s development after WWII, should never be underestimated. Yet it is probably indisputable that the COVID-19 pandemic has brought an end to the “American Century.”

The principal founder of peace and conflict studies, Johan Galtung, predicted in his 2009 book The Fall of the US Empire-And Then What? that the US empire will decline and fall by 2020. According to Galtung, the decline and fall of the US is due to its expanding hegemon that has driven the US to exploit and suppress other countries.

The history of ancient China, which witnessed the rise and fall of numerous dynasties, provides a number of bitter lessons: Emperors who overindulged in sensual pleasures, wantonly engaged in military aggression, lacked experience in ruling a country, and were forsaken by allies eventually witnessed the death of their empire. Let’s take a look at past four US presidents. The political sex scandal involving Bill Clinton exposed the ugly features of the White House. George W. Bush launched successive wars against Afghanistan and Iraq, which depleted the US treasury and played a role in the 2008 global financial crisis. Barack Obama strived to make changes but achieved little due to insufficient governing experience and a deeply divided congress that was stacked against him. Donald Trump’s “America First” doctrine has led his administration to abruptly withdraw from international treaties that have almost cracked the traditional world order.

The fractured US society means that new domestic policy never receives the full support of the American people, giving room to populist and protectionist policies to be seen as acceptable within the country. This is leading the international image of the US to decline from one of a global empire to an inconsequential regional power.

The Chinese people do not take any pleasure in witnessing the end of the American century. Even as the US is ravaged by the pandemic, the Trump administration has not stopped attacking China. US Secretary of State Mike Pompeo used racist virus terms to smear China during several international events. Trump signed the so-called Taipei Act into law in direct interference in cross-Straits affairs. Obviously, China is seen as the “competitor” that concerns the declining US empire most.

Former US first lady Michelle Obama once said, “When they go low, we go high.” China is unwilling to get entangled with the petty politics of the US. Instead, China is devoted to walking a fine line between controlling the epidemic and resuming economic activities. The country is also ready to provide any help within its capacity to those in need.