Their stereotypical framing of China’s actions against the pandemic verges on parody and caricature, portraying even innocent and uncontroversial measures in the most insidious light possible. 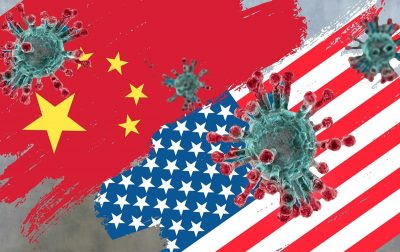 2 Apr 2020 – China can do nothing right. It’s either incompetent or evil. As observed by Passage, a Canadian online publication, this is how mainstream American news media have generally been reporting on the Covid-19 pandemic and China.

When the death tolls and cases were rising, Beijing was accused of doing nothing and letting people die. When they started to decline, it was lying. Before Wuhan was put under an unprecedented lockdown, China was trying to “save face” by downplaying the health crisis. When the lockdown was imposed, it was a massive violation of human rights and a power grab.

When Chinese citizens and overseas Chinese criticised Beijing, it was proof the central government had lost all legitimacy and trust. But when they celebrated the epidemic being put under control, they were stage actors or brainwashed.

Last week, the White House and Republican politicians rounded on US government-funded Voice of America for spreading “Beijing’s propaganda” by quoting official Chinese coronavirus figures and showing footage of people celebrating the end of Wuhan’s lockdown.

In a study by the non-profit FAIR (Fairness & Accuracy in Reporting), when ordinary Chinese volunteered to help in the fight against the disease, they were described as “neighbourhood busybodies” in “Mao-style mass crusades” (The New York Times, February 15). When Hubei government officials were sacked for withholding information about the coronavirus, CNN (February 13) and Business Insider (February 11) reported they were “purged”.

When foreign governments and global organisations were critical of Beijing’s anti-pandemic efforts, it was proof of Chinese incompetence or maleficence. But when they offered praise, they were either bought off or secretly “communist” sympathisers.

While fighting the epidemic, Beijing was accused of hoarding medical gear. When it offered medical aid to other countries, it was propaganda.

Outside China, few people have heard of Dr Zhang Jixian, who treated several patients with similar symptoms in early December at a Hubei provincial hospital and correctly deduced it was a novel coronavirus. She was officially recognised as the first to alert the authorities, thereby triggering the nationwide epidemic surveillance and saving countless lives.

However, everyone knows about Dr Li Wenliang, who was reprimanded by public security, but was never arrested (as claimed by USA Today, The Wall Street Journal and Los Angeles Times) or otherwise punished, for inadvertently leaking information based on Dr Zhang’s findings online. He tragically died from the disease at a young age. The “whistle-blower” became a martyr; he was neither.

__________________________________________________
Alex Lo has been a Post columnist since 2012, covering major issues affecting Hong Kong and the rest of China. A journalist for 25 years, he has worked for various publications in Hong Kong and Toronto as a news reporter and editor. He has also lectured in journalism at the University of Hong Kong.
This article appeared in the South China Morning Post print edition as: How US media dish out their propaganda
Go to Original – scmp.com
Tags: COVID-19, China, Coronavirus, Fake News, Fake Report, Hegemony, Imperialism, Journalism, Mainstream Media MSM, Media, Pandemic, Science and Medicine, USA, War Journalism