16 Apr 2020 – The coronavirus pandemic has started to have another profound effect: The political leadership of the world is being transformed. No world leaders have as yet been actually killed by the virus. But several have been incapacitated, one major leader appears already to have been toppled with a second under sudden threat while the policies and world views of several others have been turned upside down and inside out.

In Brazil, President Jair Bolsonaro has been effectively removed from power, at least for the foreseeable future. His airy insouciance in face of the spreading virus exposed him to it. He has for the moment and the foreseeable future been quietly replaced by Army Chief of Staff General Walter Braga Netto.

Commented Miguel Andrade on World Socialist Web Site, “The Brazilian political establishment, from business circles to bourgeois editorial boards and the whole spectrum of political parties, is treating as an accomplished fact that President Jair Bolsonaro’s Chief of Staff Gen. Walter Braga Netto has been designated by the military brass to rein in the government’s criminally negligent response to the COVID-19 pandemic.” 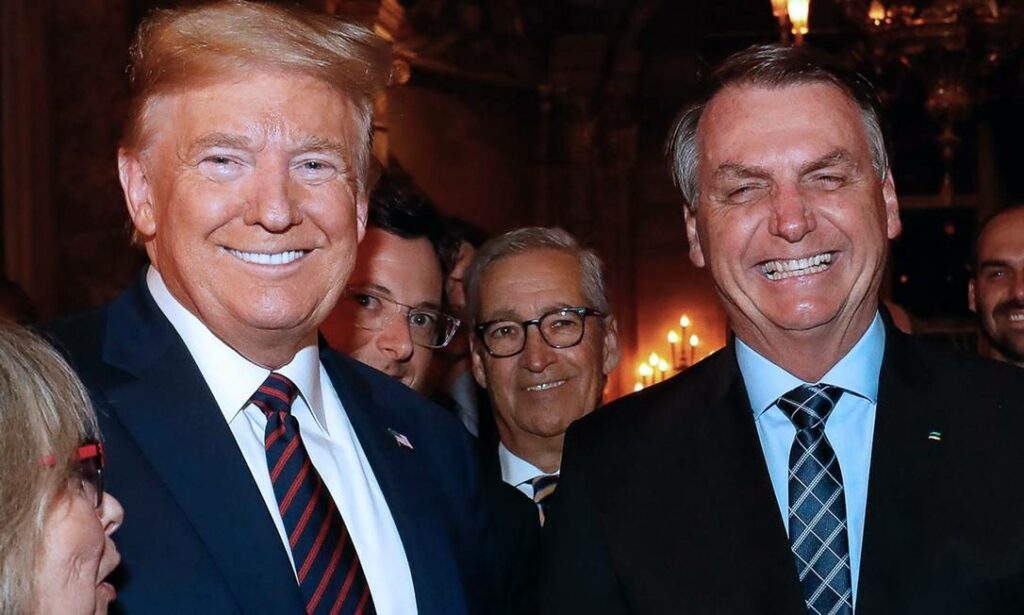 Andrade further noted, “The pandemic is rapidly gripping the entire country, with authorities projecting as an “optimistic” scenario of 100,000 deaths in the state of São Paulo alone and admitting to having lost control of even how many tests have been carried out throughout Brazil.”

He rightly concluded, “The gross negligence and incompetence of the Bolsonaro administration has called into question the legitimacy of the entire bourgeois setup in Brazil.”

The history of the Brazilian military in power hardly suggests a chorus of sweet heavenly angels singing “kumbaya” but they have never to their credit been remotely as manic or merciless as the Argentinian armed forces, for example when given their head.

In the United States, President Donald Trump remains un-incapacitated by the virus but he has enthusiastically approved a wild range of big spending bills that rival those of his two predecessors George W. Bush and Barack Obama in their profligacy. As I have noted before, America’s Libertarians and Cato Institute haters of any kind of national government and big spending continue to mutter and moan at Trump’s policies but no one even in the old Reagan and Bush loyalist ranks of the Republican party dares to challenge him. 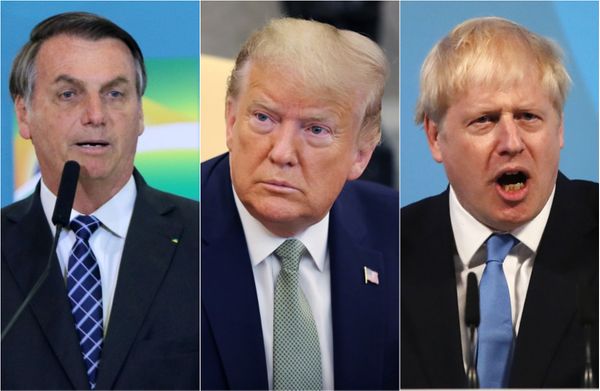 Right now the most dangerous parts of American for the virus are New York City and other self-righteous, ultra-liberal Sanctuary City core areas. This has not gone unnoted across America’s vast continental Heartland which went for Trump by large margins in the 2016 election.

There are many months for the situation to change, but right now, Trump looks on course to win reelection by a larger margin than he did in the 2016 contest with Hillary Clinton. His margin will rise to landslide proportions if the Democrats are benighted enough to replace former vice president Joe Biden, their only credible candidate, with the self-righteous ,but frighteningly incompetent governor of New York State, Andrew Cuomo, a long-time Hillary Clinton loyalist who lost a thousand ventilators that the federal government had to help him find in a warehouse in New Jersey.

As I have previously noted, Mohamed Bin Salman was driving Saudi Arabia into self-inflicted ruin long before the coronavirus hit but it hasn’t helped. The governor of Riyadh, the Crown Prince’s uncle and key ally has been laid low by the COVID-19 and MBS and his father, old 84-year-old King Salman have retreated to an island refuge in the Red Sea. That makes them more vulnerable to a coup and there are any number of powerful players from Iran to the United States who could be motivated to try and cut them out.

In Britain, Prime Minister Boris Johnson has been critically ill. Notably, on being discharged from an intensive care unit (ICU) he graciously thanked the country’s National Health Service for saving his life. This is not as much of a volte face as it might appear as Johnson pledged after his general election victory last year to invest much more money in the NHS. But it will stick in the craws of the Thatcherite slash-government purists in his Conservative Party.

Under the remorseless Audit of Pandemic, Johnson is therefore moving in the same direction as Trump in the United States and General Braga Netto in Brazil: Away from the idealized minimum or zero government role in the economy and health care and instead towards a nationalist, hands-on central government that at least acknowledges its responsibility for the wellbeing of the general population.

Eighteenth century, sheltered, romantic libertarians will continue to shake their heads wearing their quaint tricolor hats and muttering darkly about the anger of their ridiculous false gods Adam Smith, David Ricardo and Ayn Rand. But in Brasilia, as in Washington and London we see welcome signs of reality belatedly breaking in to shatter the old fantasies.

During his 24 years as a senior foreign correspondent for The Washington Times and United Press International, Martin Sieff reported from more than 70 nations and covered 12 wars. He has specialized in US and global economic issues.
Go to Original – strategic-culture.org
Tags: Anglo America, Brazil, COVID-19, Coronavirus, Development, History, Politics, Power, Solutions, UK, USA