Portugal Leads the Way: How European Countries Fared in Their Treatment of Refugees 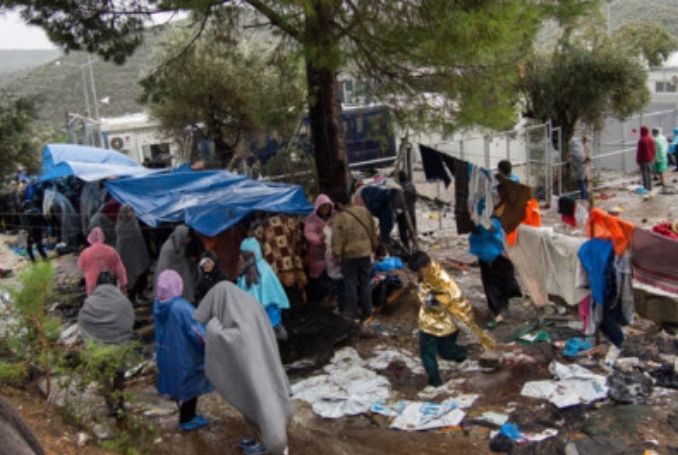 Half of refugees at the Ellwangen camp in Germany tested positive for COVID-19.
(Photo: File)

28 Apr 2020 – As soon as the COVID-19 pandemic began spreading its tentacles throughout China and eventually to the rest of the world, the World Health Organization (WHO), along with other international groups, sounded the alarm that refugees and migrants are particularly vulnerable to the deadly disease.

“We strongly emphasize the need for inclusive national public health measures to ensure migrants and refugees have the same access to services as the resident population, in a culturally sensitive way,” Dr. Santino Severoni, Special Adviser on Health and Migration at WHO/Europe implored governments throughout the continent.

More than 120,000 ‘irregular’ migrants and refugees have landed on European shores in 2019 alone, a large percentage from war-torn Syria.

Having hundreds of thousands of people navigate dangerous terrains or held under inhumane conditions in various camps and detention centers without proper medical care is already bad enough. It is far worse, however, that these vulnerable groups are now enduring the fallout of the coronavirus pandemic without much government attention, a centralized strategy or even safe shelters.

Euronews reported last month on the story of 56 people arriving on the Greek island of Lesbos, coming mostly from Afghanistan and various African countries.

Just as the coronavirus was peaking in Europe, these unfortunate escapees of war and poverty arrived to find that they have no protection, no assistance, and no prospect of any help arriving any time soon.

One Afghan refugee said that the group was left fending for itself, for fourteen days without any support, not even gloves or masks.

But not all European countries neglected the refugees, partially or entirely. Although one of the poorest European countries, Portugal has decided to legalize all of its undocumented refugees and migrants, therefore, providing them with the same medical attention and support as its own citizens.

Below, is a quick look at how European countries treated refugees and migrants since the outbreak of the coronavirus pandemic.

Spain, Belgium, the Netherlands, the United Kingdom and other Council of Europe member states suspended deportation of refugees to their own countries.

For its part, Spain has finally emptied its Centros de Enternamiento de Extranjeros (CIE), the notorious detention and deportation centers that have been criticized by various human rights groups in the past.

59% of all refugees and migrants to Spain were reportedly held in the CIE. By early April, however, that percentage had gone down to zero, according to Italian newspaper, Corriere della Sera.

It remains unclear, however, if and when CIE will resume their activities or if Spain will review the status of refugees and migrants who have been slated for deportation prior to the outbreak of the virus. 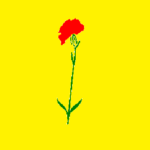 Spain’s precautionary measures are different from those of its neighbor, Portugal. The latter will treat all refugees and migrants, who have pending applications as permanent residents, starting July 1.

The government decision was meant to secure refugees’ and migrants’ access to public services during the coronavirus outbreak.

“Applicants including asylum seekers need only provide evidence of an ongoing request to qualify – granting them access to the national health service, welfare benefits, bank accounts, and work and rental contracts,” Reuters reported.

A spokesman for Portugal’s Ministry of Internal Affairs, Claudia Veloso, summed up the logic behind her government’s decision in a language that is, sadly, quite alien to the pervading European political discourse on refugees: “People should not be deprived of their rights to health and public service just because their application has not yet been processed. In these exceptional times, the rights of migrants must be guaranteed.”

One of the countries that has suffered most as a result of the coronavirus pandemic, Italy has a significant population of refugees and asylum seekers, numbering 300,000 by the end of 2018.

On March 12, due to the closure of courts across the country, the Italian government suspended all hearings and appeals relevant to asylum seekers. It remains unclear when the pending status of refugees will be reviewed, considering the high death toll and the degree of economic devastation that have afflicted Italy in recent months.

Although, by law, all foreigners in Italy have access to the country’s healthcare system, “many asylum seekers fear going to hospitals if undocumented, or face discrimination or language barriers,” Refugees International said last March.

“All this will make it harder to detect the virus in a highly vulnerable population,” the refugee advocacy organization added.

The fate of France’s refugees and undocumented migrants has worsened, not only because of the spread of the coronavirus but also because of the government’s haphazard and uncaring response.

A sizable number of France’s refugee and migrant communities are minors who arrived to the country without being accompanied by adults. The French government has been criticized repeatedly in the past for failing to address the issue of child refugees and migrants. Shockingly, the government’s behavior was hardly altered by the spread of the coronavirus, leaving children in a legal limbo during the world’s worst healthcare crisis since the Spanish flu in 1918.

“The treatment of these children by the authorities was already unacceptable before the epidemic, and today it is not only intolerable but also dangerous,” Benedicte Jeannerod, France director at Human Rights Watch warned in March.

“The authorities should urgently address this and provide these children with shelter and access to essential services to stop the spread of coronavirus in this already vulnerable group,” he added.

In the Ellwangen camp in Southwest Germany, the EU Observer reported that “nearly half of the roughly 600 people at (the) refugee camp … have tested positive for Covid-19, but are being forced to share facilities with everyone else.”

“We stayed in the same building and flat as people who had been tested positive for two days. We used the same kitchens and had meals with them. Because of this neglect, we will also get corona,” a refugee at the camp told The Guardian.

The refugees’ biggest concern in Germany is not pertaining to their legal status and potential deportation, but to medical neglect as well, as detention camps are overcrowded and refugees are getting infected with the virus in droves.

While some European governments speak of human solidarity, and, as in the case of Portugal, back their words with actions, others remain as unbenevolent and as unkind as ever.

That said, neglecting the refugees while fighting to halt the spread of the coronavirus is as foolish as it is inhumane. The last few months have taught us that provisional and self-centered strategies do not apply in the cases of global healthcare crises.

The mistreatment of refugees by some European countries, however, should not come as a complete surprise, for vulnerable refugees have suffered immense hardship while seeking a safe haven on the continent for many years.

In fact, Europe seems to have run out of solidarity for its own so-called ‘European community’, leaving poor EU members, such as Italy and Spain battling the deadly virus alone, without extending a helping hand or, at times, even mere words of sympathy.

Romana Rubeo is an Italian writer and the managing editor of The Palestine Chronicle. Her articles appeared in many online newspapers and academic journals. She holds a Master’s Degree in Foreign Languages and Literature, and specializes in audiovisual and journalism translation.