Delhi braces for swarm while farmers in badly-hit north play loud music and honk car horns to try to prevent decimation of fields. 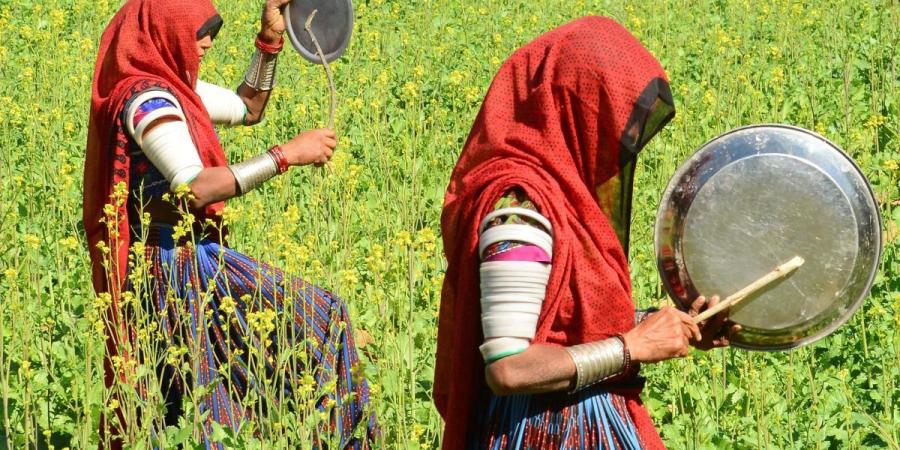 28 May 2020 – Residents of Delhi are bracing themselves for a possible invasion of locusts, which have been ravaging areas in the north of the country.

A change in wind direction could save the city, but Dr K L Gurjar, deputy director of the Locust Warning Organisation, has warned residents to be prepared to “make a lot of loud noise so that instead of settling, they keep flying and fly past the city. And don’t panic”.

Parts of India are experiencing the worst locust invasion the country has seen for 25 years. Skies above large parts of north India have darkened during the day due to millions of locusts. Rajasthan is the worst affected state, but Madhya Pradesh, Gujarat and Punjab have also experienced damaging swarms.

The UN Food and Agriculture Organization’s locust watch website said the movement of the locusts has been affected by the strong westerly winds from Cyclone Amphan, which hit the coast of India earlier this month.

About 50,000 hectares have been affected by the insects so far. While produce in some parts of the country had already been harvested, in other areas farmers have seen the insects devour their crops. Unless the locusts are controlled, they fear summer crops could also be destroyed. 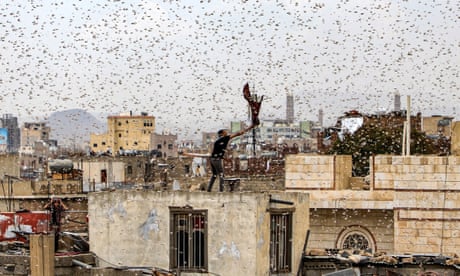 Tractors have been spraying pesticides and fire engines have been used to target locusts in trees. Honking horns and sounding police car sirens other methods deployed to try to ward the locusts off. In the fields, farmers have been playing loud music and banging anything they can find to stop the insects ravaging their crops.

“We are hoping to contain it in the next 10 days,” said an official in Barmer, in Rajasthan. “Our officials are out spraying pesticide early in the morning. When the sun comes out and [the locusts] get warm is when they start flying. This year, they are younger, immature adults who fly faster and cover distances of up to 150km per day.”

On Monday, swarms were spotted in the city of Jaipur in Rajasthan.

Gurjar hopes the change in wind direction will spare Delhi.

Neighbouring Pakistan declared a nationwide emergency in February after swarms devastated parts of the country.

India’s agriculture ministry is hoping to control the invasion before monsoon season hits north India at the end of June, when locusts mature and breed. If the infestation is not controlled, it may threaten summer crops such as rice, maize and sorghum.

Amrit Dhillon is a freelance journalist based in New Delhi.