Highlighting that this number now represents one in every 97 people on the planet, UNHCR’s latest Global Trends report shows that 8.7 million people were newly displaced in 2019 alone, with developing countries worst hit.

“This almost 80 million figure – the highest that UNHCR has recorded since these statistics have been systematically collected, is of course a reason for great concern. This is approximately one per cent of the world’s population, we have never reached this very significant percentage”, UNHCR High Commissioner, Filippo Grandi said, his comments coinciding with World Refugee Day, being marked this coming Saturday.

Speaking to journalists in Geneva, the UNHCR chief noted that although the issue of displacement affects all nations, data showed that it was poorer countries which hosted 85 per cent of those forced from their home.

“This continues to be a global issue, an issue for all States, but one that challenges most directly the poorer countries – not the richer countries – in spite of the rhetoric,” he said.

Numerous emergencies old and new are behind the massive people flows, from Afghanistan to Central African Republic, to Myanmar, with hotspots including the Democratic Republic of the Congo (DRC), Burkina Faso – and the wider Sahel – and the continuing fallout in Syria, after nearly a decade of civil war.

Nonetheless, 73 per cent of the 79.5 million on the move have sought shelter in a country neighbouring their own, Mr. Grandi continued, dismissing the regularly politicised misconception, that most migrants and refugees target richer countries far from home.

Nearly seven in 10 of those displaced came from Syria, Venezuela, Afghanistan, South Sudan and Myanmar, the High Commissioner continued.

“If crises in these countries were solved, 68 per cent of global forced displacement would be on its way to being solved”, he said.

Asked about the impact of COVID-19 on mass population movements, Mr. Grandi said that it would “no doubt” push more people into crisis.

“I am very worried and we’ve said it to a lot of different Governments that have asked us the question”, he said. “The ‘livelihoods crisis’…the increased poverty of these populations, in my opinion – coupled with lack of solutions to a situation of conflict and in situations like the Sahel, with a deterioration of security – there’s no doubt it will increase population movements in the region but also beyond, towards Europe”.

Since the global health crisis began, the agency has also reported an increase in the number of Rohingyas moving from Bangladesh and Myanmar, towards Malaysia and other States in South East Asia. 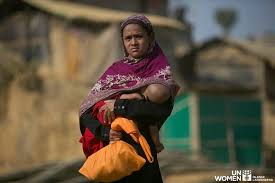 “That in my opinion is linked more than COVID once again by the very stagnant situation of the Rohingya issue”, Mr. Grandi said. “No solution, great poverty and lack of opportunities in the camps in Bangladesh, now maybe also couple with the lockdown that was made necessary by COVID that has added to the hardship.”

For the first time, Venezuela’s 3.5 million displaced people feature in the UNHCR report, accounting in part for the significant rise, compared with the 2018-19 data.

Taking into account people forced to move multiple times as a net figure, the total displacement figure for 2019 is not 8.7 million, but 11 million.

This covers 2.4 million people who sought protection outside their country and 8.6 million who were newly displaced within the borders of their countries, according to the agency.

Many displaced populations failed to find long-lasting solutions for rebuilding their lives last year, with only 317,200 refugees able to return to their country of origin and only 107,800 resettled in third countries, UNHCR said. 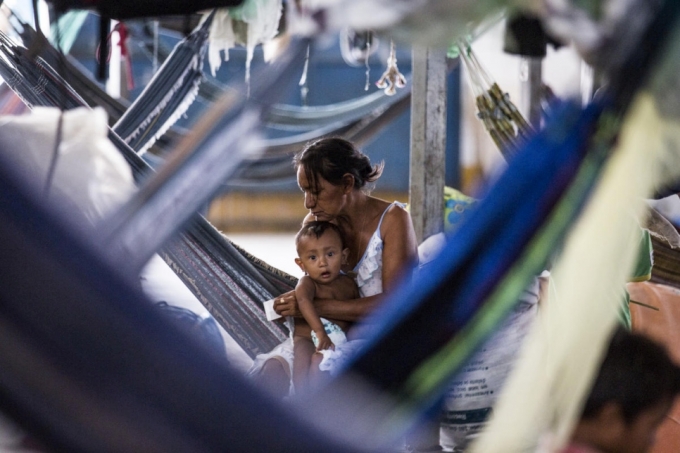 A mother takes care of her baby inside a gymnasium that has been turned into a refugee settlement in Pintolandia, Brazil. © UNHCR/Vincent Tremeau

Displaced children in their millions

In terms of the ages of those affected, the UN agency estimates that around 30 to 34 million of the world’s 79.5 million forcibly displaced, are children.

Of the near 80 million people cited in the report, 26 million are refugees; 20.4 million come under UNHCR’s mandate and 5.6 million are Palestine refugees registered with the United Nations Relief and Works Agency for Palestine Refugees in the Near East (UNRWA).