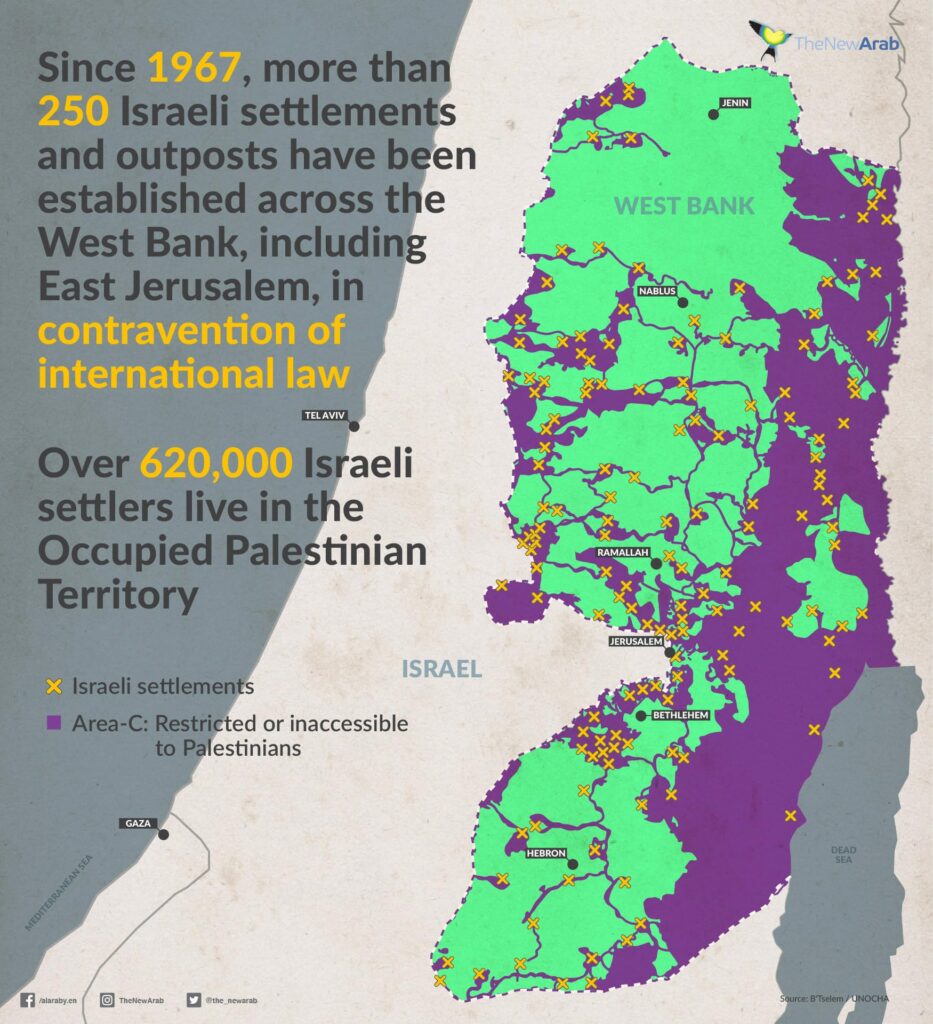 July 1. That is the date by which Netanyahu has promised to complete the annexation of the West Bank. But what does that really mean? Most people think that means he will annex Ramallah, Bethlehem, Jericho, and the rest of the region. However, nothing can be farther from the truth.

This is due to one simple word that poses the greatest threat to Israel, more so than war with its neighbors or Iran: demographics.

Out of a total population of about 9.2 million, Israel has almost 7 million Jewish citizens; about 2 million Palestinians citizens comprise about 20% of its population. Despite the ethnic cleansing that occurred during the Nakba in 1948, a significant Palestinian population resisted Israeli forces. This group of Palestinians, known as 1948 Arabs, continued to live on their lands and in their homes after 1948, but had to endure years of brutal martial law and military rule until Israel finally granted them citizenship in the early 1950s due to international pressure.

Such a development proved to be one of the most consequential in the fight for Palestinian rights, as Palestinian citizens of Israel have become essential players in resisting and pushing back against discriminatory policies within Israel and against the occupation and human rights violations in the West Bank and Gaza. This is due to the fact that they are able to participate in the Israeli government, albeit with many racist barriers and suppressive laws, allowing them to influence and challenge government policies from within Israel’s own system – which has proven to be significantly more effective than the efforts of the Palestinian Authority over the years.

Therefore, it is clear that Palestinian citizens of Israel are quite the source of irritation for the Israeli government. Moreover, as seen over the past year with the three rounds of elections held in the country, they hold immense political power and influence, which the Israeli government constantly acts upon to try to keep dormant.

What Netanyahu really means when he states he is annexing the West Bank is a notion far more dangerous. This is due to two factors; firstly, with an Israeli court ordering Netanyahu to appear at the opening of his corruption trial – becoming the first sitting prime minister in the country’s history to be charged with a crime – he is keen on carrying out all his inflammatory, racist, and hate-filled campaign promises in order to gain the support of the Israeli public; and so will be able to more easily delegitimize the trial, witnesses, and any verdict that does not go his way. Therefore, the prospects of him making do on his annexation promise are very high and should be taken very seriously.

The second factor as to why his promise of annexation is far more dangerous than perceived is because of what it will actually look like. As I explained, he won’t simply annex the entire West Bank, as that would be disastrous for Israel. Instead, annexation would almost certainly be in the form of applying full Israeli sovereignty to illegal settlements in the Occupied Territories. While at the surface this seems to be better than annexing Jericho or Bethlehem, its implications are far more extreme.

Annexed illegal settlements would no longer be illegal settlements in the eyes of the world; they would simply be towns, villages, and communities in Israel – just like Haifa or Tel Aviv. And that is the problem. Israel will finally complete its annexation of the West Bank by simply building illegal settlements on stolen lands and incorporating them into its own territory. International bodies might try to continute to call them illegal settlements, but they would soon have the status of East Jerusalem, and Israel would have free rein over what happens in them, without fear of repercussions from bodies such as the EU or others. This is because in the past, the EU has always been cautious in its criticism of Israel – rarely going beyond a simple statement of condemnation.

Moreover, when Netanyahu decides to carry out annexation of illegal settlements, it will be under the pretense of them being Jewish communities, thus “justifying” such a move which would not be met with meaningful EU pushback. Though it must be said that there is a small upside: such a move will draw international condemnation and criticism, which will in turn shed light on the realities of the occupation in the West Bank and Gaza, as well as the situation of Palestinian citizens of Israel, to the international public.

So you may be asking, “what about the Palestinians? How will this affect them?”

The unfortunate truth is that while the word “annexation” may sound like a move which will rock the region, the reality is that the West Bank is already annexed in all but name. Palestinians have no sovereignty, no control of vital resources such as electricity and water, and do not even have control over their own economy, as the Palestinian Authority’s budget is controlled by Israel and can be frozen at will by the Israeli government. That is what annexation looks like.

The only thing Netanyahu is doing is making annexation official in certain parts by annexing Palestinian lands without the Palestinians that live on them, and that for him is a dream scenario.

Naim Mousa is a Contributing Writer at Mondoweiss. He is a Palestinian citizen of Israel, currently living in New York. He is the Media Director of the Friends of Mossawa, a US-based sister organization to the Haifa-based Mossawa Center, which advocates for the rights of Arab Palestinian citizens of Israel. He is also a Research Assistant for Palestinian-American professor and activist Noura Erakat at Rutgers University – New Brunswick.