Several times over the past few years I’ve been asked to speak by university or community groups, only to see those events canceled by organizers after someone complained that I am transphobic. At a couple of events that drew complaints but weren’t canceled, including one in a church, critics tried to disrupt my talk. None of the events was actually a talk on transgender issues. The complaint was that I should not be allowed to speak in progressive settings—about other feminist issues, the ecological crises, or anything else—because what I’ve written about the ideology of the transgender movement is said to be bigoted. A local radical bookstore that denounced me publicly went so far as to no longer carry my books, which I had given them free copies of for years.

If I were, in fact, a bigot, these cancelations would be easy to understand. I have never invited a bigot to speak in a class I taught or at an event I helped organize. I have invited people to speak who held some political views with which I did not agree (after all, if I only invited people who agreed with me on everything, I would be bored and lonely), but I have no interest in giving bigots a public platform.

The curious thing about these canceled/disrupted events is that no one ever pointed to anything I have written or said in public that is, in fact, bigoted. If transphobia is the fear or hatred of people who identify as transgender, nothing I have written or said is transphobic. Most of my critics simply assert that because I support the radical feminist critique of transgender ideology, I am by definition a bigot and transphobe.

Let me be clear: I’m not whining or asking for sympathy. I am a white man and a retired university professor with a stable income and a network of friends and comrades who offer support. I continue to do political and intellectual work I find rewarding and can find places to publish my work. While I don’t enjoy being insulted, these verbal attacks don’t have much effect on my life. I’m not concerned about myself but about the progressive community’s capacity for critical thinking and respectful debate.

In that spirit, here’s my contribution to that debate on transgenderism and the value of open discussion.

Is that claim defensible? Are sex categories a social construction?

Let’s think about reproduction. Some creatures reproduce asexually, through such processes as fission and budding, and some animals lay eggs. Most mammals, including all humans, reproduce sexually through the combination of a sperm and an egg (the two types of gamete cells) that leads to live birth.

Now, let’s think about respiration. Most aquatic creatures (whales and dolphins, which are mammals, are an exception) take in oxygen through gills. Mammals, including all humans, get oxygen by taking air into our lungs.

These descriptions of creatures’ reproduction and respiration are the result of a social process we call science, but they are not social constructions. We describe the world with human language, but what we describe doesn’t change just because we might change the language we use.

The term “social construction” implies that a reality can change through social processes. An example is marriage. What is a marriage? That depends on how a particular society constructs the concept. Change the definition—to include same-sex couples, for example—and the reality of who can get married changes.

But again, at the risk of seeming simplistic, these descriptions of reproduction and respiration systems cannot be changed by human action. We cannot socially construct ourselves into reproducing asexually or by laying eggs instead of reproducing sexually through fertilization of egg by sperm, any more than we could socially construct ourselves into breathing through gills instead of lungs.

To be clear: Humans do create cultural meaning about sex differences. Humans who have a genetic makeup to produce sperm (males) and humans who have a genetic makeup to produce eggs (females) are treated differently in a variety of ways that go beyond roles in reproduction. [Note: A small percentage of the human population is born “intersex,” a term to mark those who do not fit clearly into male/female categories in terms of reproductive systems, secondary sexual characteristics, and chromosomal structure. But the existence of intersex people does not change the realities of sexual reproduction, and they are not a third sex.]

In the struggle for women’s liberation, feminists in the 1970s began to use the term “gender” to describe the social construction of meaning around the differences in biological sex. When men would say, “Women are just not suited for political leadership,” for example, feminists would point out that this was not a biological fact to be accepted but a cultural norm to be resisted.

This observation leads to reasonable questions, which aren’t bigoted or transphobic: When those in the transgender movement assert that “trans women are women,” what do they mean? If they mean that a male human can somehow transform into a female human, the claim is incoherent because humans cannot change biological sex categories. If they mean that a male human can feel uncomfortable in the social gender category of “man” and prefer to live in a society’s gender category of “woman,” that is easy to understand. But it begs a question: Is the problem that one is assigned to the wrong category? Or is the problem that society has imposed gender categories that are rigid, repressive, and reactionary on everyone? And if the problem is in society’s gender categories, then is not the solution to analyze the system of patriarchy—institutionalized male dominance—that generates those rigid categories? Should we not seek to dismantle that system? Radical feminists argue for such a radical change in society.

These are the kinds of questions I have asked and the kinds of arguments I have made in writing and speaking. If I am wrong, then critics should point out mistakes and inaccuracies in my work. But if this radical feminist analysis is a strong one, then how can an accurate description of biological realities be evidence of bigotry or transphobia?

When I challenge the ideology of the transgender movement from a radical feminist perspective—which is sometimes referred to as “gender-critical,” critical of the way our culture socially constructs gender norms—I am not attacking people who identify as transgender. Instead, I am offering an alternative approach, one rooted in a collective struggle against patriarchal ideologies, institutions, and practices rather than a medicalized approach rooted in liberal individualism.

That’s why the label “TERF” (trans-exclusionary radical feminism) is inaccurate. Radical feminists don’t exclude people who identify as transgender but rather offer what we believe is a more productive way to deal with the distress that people feel about gender norms that are rigid, repressive, and reactionary. That is not bigotry but politics. Our arguments are relevant to the ongoing debate about public policies, such as who is granted access to female-only spaces or who can compete in girls’ and women’s sports. They are relevant to concerns about the safety of puberty blockers, cross-sex hormones, and surgical interventions. And radical feminism is grounded in compassion for those who experience gender dysphoria—instead of turning away from reality, we are suggesting ways to cope that we believe to be more productive for everyone.

Now, a final prediction. I expect that some people in the transgender movement will suggest that my reproduction/respiration analogy mocks people who identify as transgender by suggesting that they are ignorant. Let me state clearly: I do not think that. The analogy is offered to point out that an argument relevant to public policy doesn’t hold up. To critique a political position in good faith is not to mock the people who hold it but rather to take seriously one’s obligation to participate in democratic dialogue.

In a cancel culture, people who disagree with me may find it easy to ignore the argument and simply label me a bigot, on the reasoning that because I think the ideology of the transgender movement is open to critique, I obviously am transphobic.

But I want to make one final plea that people not do that, with two questions: If my argument is cogent—and there certainly are good reasons to reach that conclusion—why is it in the interests of anyone—including people who identify as transgender—to ignore such an argument? And how can people determine whether my argument is cogent if it is not part of the public conversation? 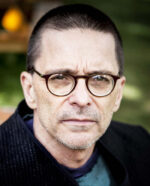 Robert Jensen is a journalism professor at the University of Texas at Austin and board member of the Third Coast Activist Resource Center in Austin. He is the author of All My Bones Shake: Seeking a Progressive Path to the Prophetic Voice, (Soft Skull Press, 2009); Getting Off: Pornography and the End of Masculinity (South End Press, 2007); The Heart of Whiteness: Confronting Race, Racism and White Privilege (City Lights, 2005); Citizens of the Empire: The Struggle to Claim Our Humanity (City Lights, 2004); and Writing Dissent: Taking Radical Ideas from the Margins to the Mainstream (Peter Lang, 2002). Jensen is also co-producer of the documentary film “Abe Osheroff: One Foot in the Grave, the Other Still Dancing,” which chronicles the life and philosophy of the longtime radical activist. Information about the film, distributed by the Media Education Foundation, and an extended interview Jensen conducted with Osheroff are online.