Billions of dollars are being pumped into the meat and dairy industries, despite their vast contribution to the oncoming climate catastrophe. 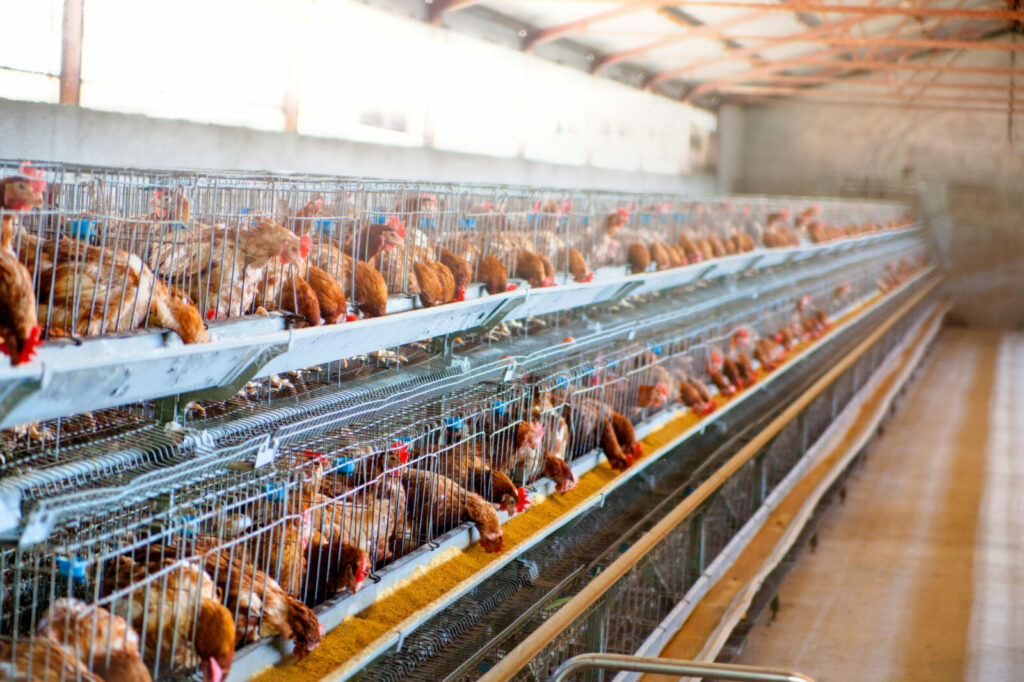 2 Jul 2020 – Two of the world’s leading development banks have pumped billions of dollars into the global livestock sector despite warnings that reducing meat and dairy consumption is essential for tackling the climate crisis.

The International Finance Corporation (IFC) – the commercial lending arm of the World Bank – and the European Bank for Reconstruction and Development (EBRD) have provided $2.6bn for pig, poultry and beef farming, as well as dairy and meat processing, in the past 10 years.

The UK government is a major funder of both banks and its own development bank, CDC, has also invested tens of millions of pounds into the global livestock sector over the past decade, including finance for an industrial-scale beef feedlot in Ethiopia and poultry companies in Niger and Uganda.

Development banks are financial institutions that provide medium and long-term capital for the purpose of economic growth in poorer countries. The IFC and EBRD have both publicly committed to tackling man-made climate change and making investment decisions with the climate in mind.

But an investigation by the Bureau of Investigative Journalism and The Guardian has revealed that IFC and EBRD finance – which involved direct investments, loans and other financial support – was used for industrial-scale megafarms, abattoirs and the expansion of multinational meat and dairy corporations. 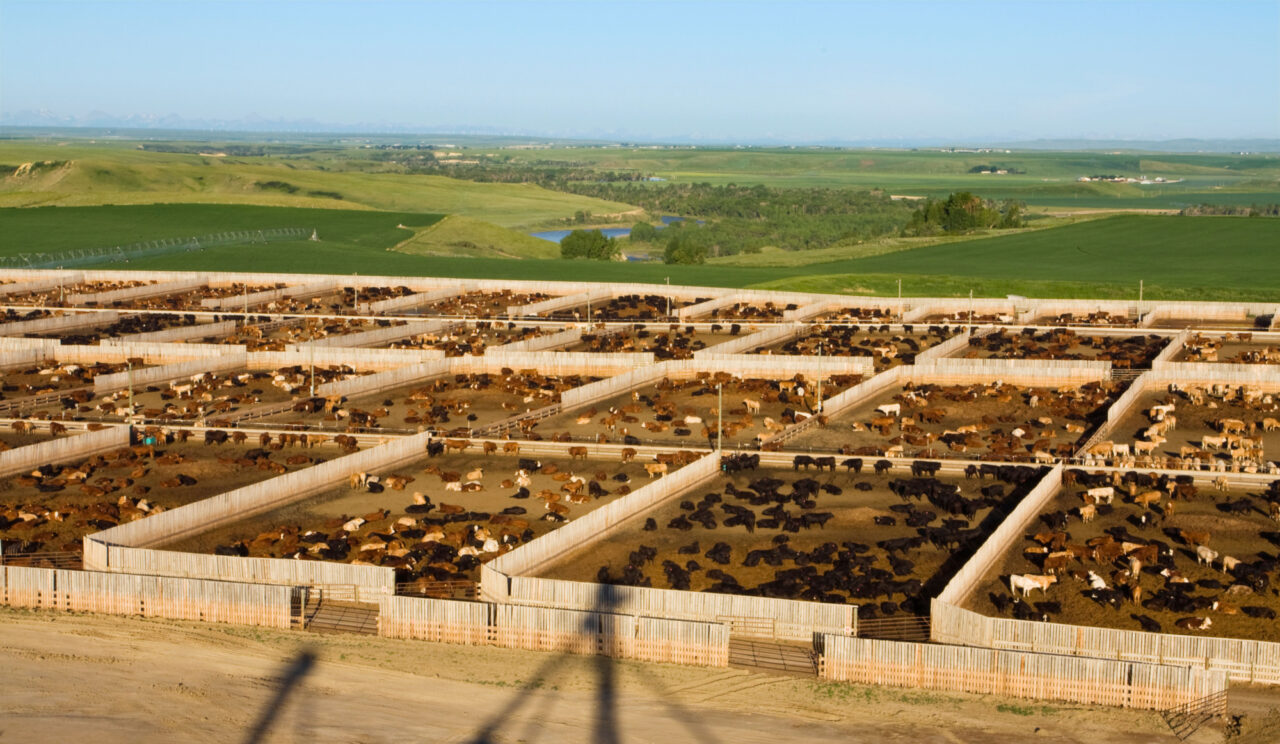 In one recent case, a beef cattle feedlot in Madagascar, owned by a conglomerate of more than 20 companies, was granted funding worth $3.5m to produce beef for export to the Middle East and the domestic market. In another, Smithfield Foods, the world’s biggest pork company, received a substantial cash injection from the IFC for its activities in Romania.

Scientists have repeatedly raised the alarm over the sizeable climate footprint of animal farming – it produces nearly 15% of human-caused greenhouse gas emissions – and said that unless global consumption is reduced, efforts to significantly tackle climate change will fail.

“Expanding production and consumption of meat and dairy is incompatible with the goals of the Paris climate agreement,” said Professor Pete Smith, chair in plant and soil science at the University of Aberdeen and a lead author of a landmark UN report about the impact of land use and agriculture on climate change. He cited research showing that half the global population needs to shift to vegetarian or vegan diets by 2050 to meet the Paris goals.

“While some investments by development agencies and banks in animal agriculture to improve food security in the world’s poorest nations may be justifiable, massive investments in livestock production systems in countries that already have high levels of consumption, and in multinational meat and dairy companies, clearly is not,” he added.

Animal products tend to have far higher environmental footprints – in some cases 10 to 100 times higher – than plant-based foods because of the amount of land, water, greenhouse gas-emitting fertilisers and energy needed to produce a portion of protein. The livestock sector uses more than three quarters of the world’s farmland, either as pasture or as land producing animal feed, yet provides only 18% of global calories.

Last week in a landmark climate report the World Bank committed to working with clients to incentivise sustainable diets and “address drivers of increased meat consumption”, and said it was considering advocating for a carbon tax on the livestock sector. The report extolled the climate benefits of plant-based meat substitutes.

Jeremy Coller, head of investment firm Coller Capital and founder of responsible finance network FAIRR, said that while the financial world was beginning to play its role in lowering greenhouse gases, it was “crazily disjointed and inconsistent for the IFC and EBRD to invest public funds in intensive animal agriculture, one of the world’s highest-emitting industries”.

He said meat farmers should be urgently encouraged to shift their feed and livestock mix towards climate-friendly crops and species, such as algae or seaweed, or diversify into more environmentally friendly meat alternatives. 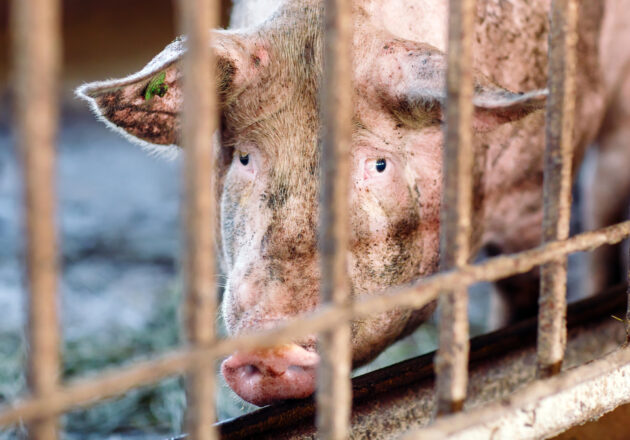 Our analysis of public records and industry data highlights how the banks have financed companies operating across eastern Europe, Asia, Africa, the Middle East and Latin America. Some of the investments were in countries where meat supply is currently low, such as Ethiopia, but others were made in places where meat consumption per capita is already high or average, such as Ukraine, China and Romania.

The dairy sector was the biggest recipient of IFC and EBRD funding, with processing companies and farms receiving more than $1bn. The pig and poultry sectors each received about $500m.

The IFC told the Bureau that it is intentionally catering for growing global demand for meat and dairy and that the livestock sector is a key pillar of food security and poverty reduction in many countries. It acknowledged, however, that the sector had a “large environmental and climate footprint”.

The European Bank said that the meat and dairy sectors represent an important staple in the diets of many people but that livestock projects represent about 1% of its total business investment. Both banks said that they work to reduce the emissions of the projects they fund.

Experts who spoke to the Bureau emphasised that there should not be a one-size-fits-all approach to addressing the livestock sector’s impact on the climate crisis.

Dr Catherine Nkirote Kunyanga, a senior lecturer at the University of Nairobi’s Food Security Center, said expanding affordable livestock production was incredibly important in many countries where households still cannot maintain a healthy diet due to income or geography.

“One of the things we promote in nutrition is people consuming more animal-based protein, to actually address protein energy malnutrition, which is very rampant in Africa,” she said, adding that in some regions where the climate and soil do not suit growing crops, livestock farming is key to job security as well as nutrition.

She said global calls to reduce meat and dairy consumption to address climate change should be directed at western countries and that multilateral development banks should only invest in livestock expansion in countries with low meat-consumption levels.

Professor Tahseen Jafry, director of the Centre for Climate Justice at Glasgow Caledonian University, noted: “The poorest communities all round the world suffer the most from climate impacts and it is these communities who need to be supported the most.”

However, the impact of each project should be considered against global and national emission budgets, according to Professor Tim Benton, director of the Energy, Environment and Resources programme at Chatham House.

But he warned that trying to reduce the carbon footprint of a pint of milk or a single chicken is pointless when demand for those products keeps increasing. “Just because the greenhouse gas efficiency of a unit of meat or dairy has improved, if everybody’s eating more of it, the total emissions that come from meat or dairy might increase.”

Both development banks told the Bureau that they assess individual projects for their carbon emissions. The EBRD additionally said that it had introduced practices to assess climate risks across its entire portfolio. 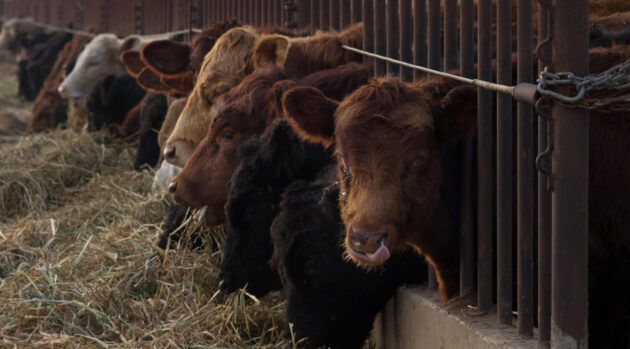 Some of the companies funded by the development banks are multinational agribusinesses or their subsidiaries or affiliates. In 2010 the EBRD took a stake in the eastern European and central Asian subsidiaries of the French group Danone, one of the world’s biggest dairy companies that generated sales of €25.3bn in 2019. The EBRD said that its investment – now ended – had been intended to expand the dairy markets and Danone’s operations in Russia, Ukraine, Belarus and Kazakhstan.

Among projects recently approved by the IFC is a loan of $54m to the India-based poultry giant Suguna, the country’s leading chicken supplier and one of the world’s top 10 biggest poultry producers. The company serves export markets as well as Indian consumers.

The IFC loan is, in part, designed to aid the company’s expansion into Kenya and Bangladesh, with finance being earmarked for construction of feed mills and hatcheries.

The fully integrated agribusiness, which claims to work with 39,000 farms across 18 Indian states, was previously caught up in controversy after it was alleged that an antibiotic, whose use the WHO had said should be curtailed, was found in use on one of its contract farms. The company denied this.

Separately, the company’s veterinary health subsidiary – Globion – has marketed a number of antibiotics for use in poultry farming. These include Colibac, which contains the substance colistin – which has been linked to the emergence of the mcr-1 superbug – and which was outlawed for use in farm animals in India in 2019.

Suguna is not the only India-based poultry company to have been supported by the IFC, with rival Srinivasa receiving an injection of more than $20m in 2018.

Smithfield Foods – now part of the Chinese conglomerate W H Group – also benefited from IFC finance, with loans of $60m for its operations in Romania. Smithfield is the world’s largest pig producer and pork processor, and it recently hit global headlines after the Covid-19 pandemic forced it to close its flagship meatpacking plant in South Dakota, which reportedly supplies 18 million meals a day to US consumers.

Research by the Coller FAIRR Index recently indicated that 77% of leading meat, fish and dairy producers, including most of the largest listed meat companies in the Ukraine and China, fell into a “high risk” category on addressing climate change, meaning that they do not adequately measure all greenhouse gas emissions and do not have meaningful targets to reduce them.

The UK government has pledged to use its presidency of COP26, the annual UN climate talks, to “green local and international supply chains for foodstuffs and key commodities” and “increase the alignment of financial flows with net-zero”.

The CDC told the Bureau that it was about to publish a new climate change strategy to make sure agricultural companies it invested in implement “climate smart agricultural practices in order to decrease emissions and increase resilience to a warming climate… It is also important to remember that one in five people living in Africa experience hunger. Alleviating levels of chronic malnourishment and improving food security remain vital development goals.”

The IFC accepted that animal protein has “a large environmental and climate footprint, yet it is important to note that its growth is demand driven and linked to people’s dairy and meat consumption preferences”.

It justified the investments in the livestock industry by saying that “in most developing countries there is a significant portion of the population that struggles to meet their daily minimum requirements for nutrition, including protein”.

An EBRD spokesperson said that the bank is “primarily investing in increased efficiency, improvements in energy use along supply chains, improved animal welfare, waste management and utilisation (including manure management), and production of green energy”.

The bank also said that it actively pursued the reduction of greenhouse gas emissions, “including by improving resource efficiency along the meat supply chains from farming to distribution”.

Note: Figures are quoted based on money earmarked for specific projects. Some have been converted to USD from other currencies.

Alexandra Heal is an award-winning investigative reporter specialising in the environment and policing.