How the House Armed Services Committee, in the Middle of a Pandemic, Approved a Huge Military Budget and More War in Afghanistan

9 Jul 2020 – While the country is subsumed by both public health and an unemployment crisis, and is separately focused on a sustained protest movement against police abuses, a massive $740.5 billion military spending package was approved last week by the Democratic-controlled House Armed Services Committee. The GOP-controlled Senate Armed Services Committee will almost certainly send the package with little to no changes to the White House for signing.

As we reported last week, pro-war and militaristic Democrats on the Committee joined with GOP Congresswoman Liz Cheney and the pro-war faction she leads to form majorities which approved one hawkish amendment after the next. Among those amendments was one co-sponsored by Cheney with Democratic Rep. Jason Crow of Colorado that impeded attempts by the Trump administration to withdraw troops from Afghanistan, and another amendment led by Rep. Ruben Gallego (D-AZ) and Cheney which blocked the White House’s plan to remove 10,000 troop stationed in Germany. 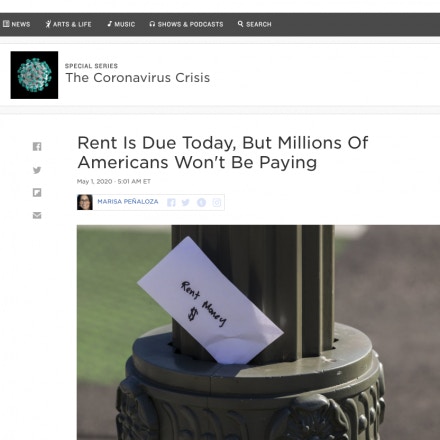 Perhaps most remarkable is the amount of the military budget itself. It is three times more than the planet’s second-highest military spender, China; it is ten times more than the third-highest spender, Saudi Arabia; it is 15 times more than the military budget of the country most frequently invoked by Committee members as a threat to justify militarism: Russia; and it is more than the next 15 countries combined spend on their military. They authorized this kind of a budget in the midst of a global pandemic as tens of millions of newly unemployed Americans struggle even to pay their rent.How does this happen? How do Democrats succeed in presenting an image of themselves based on devotion to progressive causes and the welfare of the ordinary citizen while working with Liz Cheney to ensure that vast resources are funneled to the weapons manufacturers, defense sector and lobbyists who fund their campaigns? Why would a country with no military threats from any sovereign nation to its borders spend almost a trillion dollars a year for buying weapons while its citizens linger without health care, access to quality schools, or jobs? Who are the people in Congress doing this, and why?

These are questions that are rarely examined in media venues. News sites, op-ed pages and especially twenty-four hour cable news are obsessed with trivialities: Trump’s latest tweet or offhand remark in a rally; symbolic culture war distractions in which Congress plays little role; the offensive remarks of people who wield little power. As a result, what the U.S. Government really does — in the bowels of the Congress and in the underbelly of sub-Committee proceedings — receives little substantive attention.

This media dynamic is exacerbated by the journalistic practice of obsessing on the areas where the two parties squabble, while steadfastly ignoring the very consequential and numerous areas where they find full agreement — such as approving close to a trillion dollars in military spending and ensuring the oldest war in U.S. history continues without end. When the two parties are in agreement, as they so often are, this is boring from a media perspective, so it is typically ignored. This has the dual-propagandistic effect of creating the appearance that the two parties never agree when they in fact agree constantly, while also suppressing those vital policies which receive overwhelming bipartisan consensus.

In reporting on the approval of this military budget last week, I watched all fourteen hours of the Committee proceedings. It was remarkably revealing about how the U.S. Government really functions, who the culprits are, what their motives are in pursuing policies that so blatantly have no benefit for the people they pretend to represent, and the vast gap between the image they create for themselves and the reality of what they really do in Washington.

It is, of course, impossible to understand how the Congress works without understanding those who wield power in it. The Chairman of the House Armed Services Committee selected by Nancy Pelosi and her caucus is the obscure but powerful Rep. Adam Smith of Washington. He has a long record of supporting pro-war policies, from the invasion of Iraq to numerous Bush/Cheney War on Terror transgressions to blocking reform of the NSA after the Snowden reporting to denouncing the Obama administration’s efforts to reduce the troop presence in Afghanistan.

When Chairman Smith had a progressive challenger in 2018, who criticized him for this militarism, the defense industry, as my colleague Lee Fang reported, poured money into his coffers to ensure their loyal pro-war servant kept his perch as Chair of this crucial Committee.

A similar episode occurred the same year when a progressive challenger emerged to run against the former Marine and Iraq War veteran Jason Crow. House Majority Leader Steney Hoyer, as Fang also revealed by publishing a secret recording, tried to bully his opponent out of the race. Crow now joins with Liz Cheney to continue the War in Afghanistan. Pro-war Democrats wield all the power for military and foreign policy because that is who House Democratic leadership selects.

When these Committee members return to their blue districts, they talk endlessly about topics such as the NRA, LGBTs, and reproductive rights — issues on which many do little work and over which they wield little influence — in order to manufacture brands for themselves as good, caring progressives, which is how they are re-elected over and over from very blue districts. But as these little-discussed proceedings demonstrate, when they return to Washington, what they really do is spend their time collaborating with lobbyists for weapons manufacturers to ensure that as much taxpayer money as possible is diverted away from social programs and into the coffers of the “defense” industry.

There is a pocket of anti-war and anti-imperalism resistance on the Committee and in the broader Congress, particularly on the left and to some extent on the isolationist right. But, as the House Armed Services Committee hearing of last week proves, they are outnumbered by the Adam Smiths, Jason Crows and Liz Cheneys who work in bipartisan tandem to ensure their defeat and maintain a path of Endless War for the United States.

And it is impossible to overstate the central role which the concocted, wildly exaggerated “Russia threat” plays in all of this. Over and over, the pro-war Committee members from both parties invoked the scary threat of Moscow and the Kremlin to justify this bloated budget of imperialism and aggression.

Having spent large amounts of time watching many hours of these Committee proceedings and speaking to several people with in-depth knowledge of the Committee, I decided it would be very worthwhile to devote this week’s SYSTEM UPDATE episode to showing how this Committee works and what it did last week so that some much-needed light is brought to these usually-hidden proceedings. We’re very proud of the show we produced this week because it fulfills the goal of providing in-depth examinations of complex but extremely consequential matters that receive far less media attention than they deserve.

The program can be viewed on the Intercept’s YouTube channel or on the player below: