Palestine-Israel: What Needs to Be Done

The Israeli government’s goal is clear: establish an apartheid regime through annexing parts of the West Bank, and liquidate the Palestinian cause all together. Palestinians must acknowledge mistakes of the past and not compromise on demanding our full human rights. 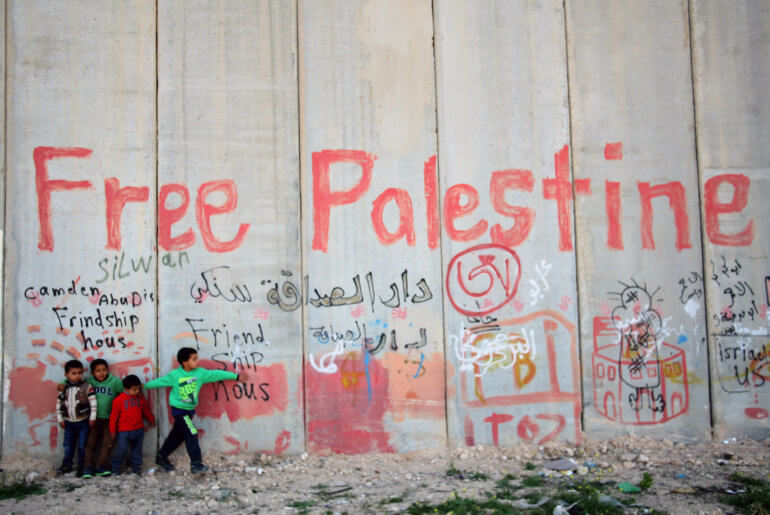 19 Jun 2020 – The Israeli government, headed by Benjamin Netanyahu, is intent on annexing at least 30% of the occupied West Bank. By doing this, the Zionist movement, which has historically denied the national and cultural rights of the indigenous population of Palestine, will finally kill the racist two-state solution, paving the way for an extended form of institutionalized and militarized apartheid that includes both the 1948 and 1967 areas.

Israel has always been clear that its objective is to occupy the entire land of ‘Israel’; i.e. historic Palestine in addition to the Syrian Golan Heights. But where does that leave the Palestinian people? In South Africa, the apartheid regime decided to keep part of the  Black African population in Bantustans, while others were left to rot in townships. If only those natives had accepted their fate as inferior creatures, things would have remained the same! But that was not the choice of the Africans and those who believed in equality. There was no compromise whatsoever on this basic human right. By contrast, in Palestine we decided to start marathon negotiations with the Israelis in the hope that we would be granted an “independent homeland” for only one third of us, forgetting the rights of the other two thirds of the Palestinian people, namely refugees and Palestinian citizens of Israel.

The late Israeli prime minister, Yitzhak Shamir was hoping to drag negotiations with the representatives of the 1967 Palestinians from the West Bank and Gaza Strip on for 10 years. The negotiations lasted for more than two decades leading to a de facto situation where it has become impossible for the Palestinians to have their own “independent” state on less than 22% of historic Palestine.

It is said that the late Palestinian leader Yasser Arafat realized in 2000, at the Camp David summit, that he was getting nothing from Israel and that he was expected to give up Jerusalem and the right of return of 6 million refugees. In exchange he would be granted tiny pieces of land, disconnected from each other, and that he would be allowed to call it “Palestine.” And that is what the government of Israel and its American backers described as a “generous offer!”

In the meantime, Israel never stopped creating facts on the ground by expropriating more and more land, annexing it to the existing Israeli colonies, building a monstrous apartheid wall, kicking Jerusalemites out of their homes, and caging two million Palestinians in the tiny ghetto of Gaza. In fact, what was being created on the ground is a one-state reality that no Israeli nor Palestinian leader wanted to recognize.

Looking at this history is it clear what the goal of the Israeli colonizers has been from the start: the establishment of apartheid and the liquidation of the Palestinian cause all together. Full stop.

This is a question for the colonized Palestinians to address following the catastrophic failure of their choice to negotiate for three decades despite the huge power imbalance with the Israelis, out of the belief that the Americans and the spineless European Union would exert some sort of pressure on Israel to grant them an “independent” state. This possibility has now evaporated with the right-wing Israeli government not mincing its words nor intentions: one Jewish state between the Jordan river and the Mediterranean sea.

First of all, we must admit that we have failed miserably to liberate even one inch of historic Palestine since 1948.

The emergence of our contemporary revolution in 1965, and the formation of the Palestine Liberation Organization one year before that were two important moments, among others, in the formation of a national identity that is denied by the Zionist colonizers. But now, we need to move forward. We can no longer afford to flirt with Zionism and reactionary Arab regimes. The threat is existential and, therefore, has to be dealt with in a manner that does not compromise on basic rights.

It is the right time to create the groundwork for a “new” political movement that will speak to a greater number of constituencies than traditional nationalist parties and progressive political organizations have proved capable of doing so far. The problem with most political forces in occupied Palestine is that they have surrendered to the seduction of assimilation by the Oslo ‘ideology.’

It’s very encouraging to see more Palestinian activists embracing a clearer analysis that reflects a vision which is able to move beyond the racist two-state solution by radically critiquing the activism and nationalist theories of the past.

One good example is the formation of the One Democratic State Campaign which has members from the three components of the Palestinian people. Its objective has been stated very clearly: replacing the apartheid regime with a democratic state of equal rights for all its inhabitants, including the returning refugees. Its vision is “a democracy that will give all the inhabitants of [Palestine] equal rights, will finally bring home the refugees, and will respect the cultures, religions and identities of all the peoples that comprise our society.”

This is precisely why it is of paramount importance that we situate the one-state discourse and BDS, within the Palestinian radical tradition through links to the works of Ghassan Kanafani, Edward Said, and the anti-Stalinist Left.

We in Palestine do need a movement that pays attention to popular political education and move away from the hegemonic, factional dichotomy. This movement has to prioritize work and activism on the ground, what South African activists referred to as “mass mobilization,” and link that to the global BDS campaign that has already acknowledged the intersectionality of many current issues.