19 Jul 2020 – This is a summary of what was said by UNHCR spokesperson Shabia Mantoo – to whom quoted text may be attributed – at today’s press briefing at the Palais des Nations in Geneva.

UNHCR, the UN Refugee Agency, welcomes a new statelessness law in Ukraine which came into effect this week. The law will give thousands of people who lack a nationality a chance to work legally, study and access healthcare among other rights and opportunities, and will ultimately provide a pathway to citizenship, once they are recognized as stateless.

The law, known as the ‘Amendments to Certain Legislative Acts of Ukraine Concerning Recognition as a Stateless Person’, was signed by the President of Ukraine this week after being adopted by Parliament on 16 June.

The measure is an important step towards ending statelessness in the country.

It formally establishes a Statelessness Determination Procedure which is expected to benefit an estimated 35,000 people in the country who are either stateless or whose nationality is undetermined.

These include people who have been residing in Ukraine for many years— many since the dissolution of the former Soviet Union — but have not been able to acquire Ukrainian citizenship or any other nationality due to a lack of documentation or ties to post-Soviet countries. 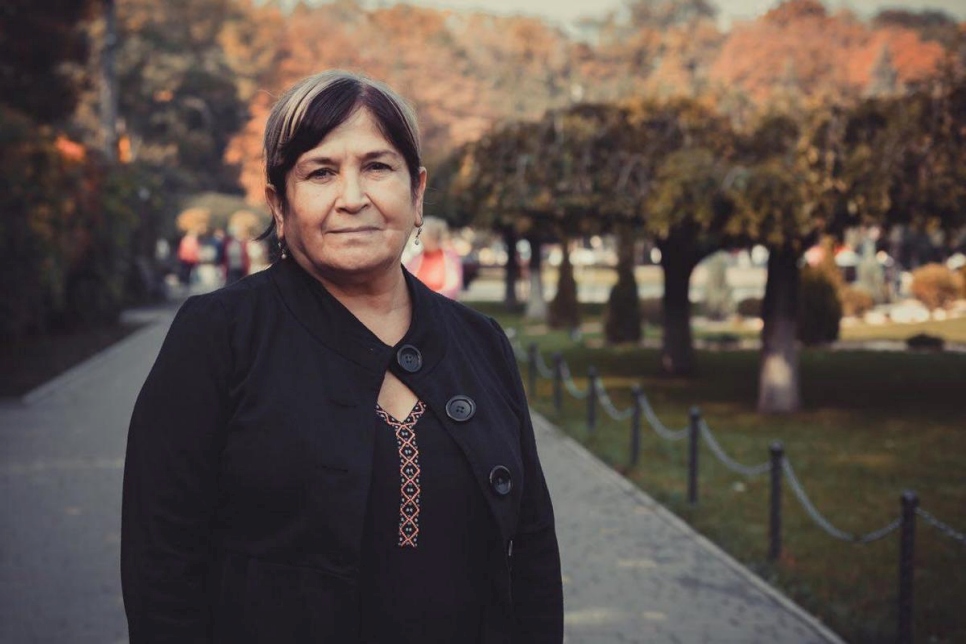 Nigara Bakoieva, a 58-year-old formerly stateless woman from the city of Odesa, fought for Ukrainian citizenship for years before finally being granted it this year.
© UNHCR/The Tenth of April/MykhailSorochyshyn

With the introduction of the procedure, recognized stateless people will now be able to regularize their stay by obtaining temporary residence permits. They will have the right to freedom of movement, to work, and to access education and health services.

Crucially, the law will pave the way for their naturalization as Ukrainian citizens. After five years of permanent residence in Ukraine, people recognized as being stateless will be eligible to apply for naturalization.

The law was drafted by members of Parliament in close collaboration with the State Migration Service, the Ministry of Interior and in consultation with other government entities, experts from civil society and UNHCR.

UNHCR stands ready to support authorities in the implementation of the law and has offered its assistance to Ukraine’s State Migration Service, providing training to key staff in their regional departments as well as to legal practitioners, including from the state-run Free legal Aid Centers. UNHCR will also raise awareness among concerned populations on the possibility to apply for statelessness status.

Worldwide, statelessness blights the lives of millions of people, leaving them without access to basic rights and official recognition. Some 4.2 million stateless people are reported by 76 countries, but UNHCR believes the actual number to be significantly higher.

UNHCR launched a global ‘#IBelong’ Campaign in 2014 aimed at ending statelessness within a decade. Since then, 95 governments, civil society and international and regional organizations have made commitments to tackle statelessness, a major cause of human rights deprivations for millions of people worldwide.

In addition to supporting the efforts of the Government to address statelessness, UNHCR in Ukraine provides assistance to refugees, asylum seekers, internally displaced and other conflict-affected people and supports the search for solutions Almost 1.7 million people have been affected by the conflict including 734,000 who are internally displaced.

See also: ‘With this law, I will finally get a sense of how it is to exist’

UNHCR has been supporting national authorities and civil society in responding to the needs of those displaced, providing legal, material and social assistance, including as part of the Covid-19 response. UNHCR focuses its activities on strengthening their rights and freedoms, improving their living conditions and providing long-term solutions.