D.H. Lawrence on Trees, Solitude, and How We Root Ourselves When Relationships Collapse

“One must possess oneself, and be alone in possession of oneself.” 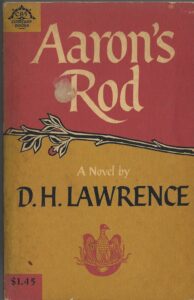 To walk among trees is to be reminded that although relationships weave the fabric of life, one can only be in relationship — in a forest or a family or a friendship — when firmly planted in the sovereignty of one’s own being, when resolutely reaching for one’s own light.

A century ago, Hermann Hesse contemplated how trees model for us this foundation of integrity in his staggeringly beautiful love letter to trees — how they stand lonesome-looking even in a forest, yet “not like hermits who have stolen away out of some weakness, but like great, solitary men, like Beethoven and Nietzsche.” Celebrating them as “the most penetrating preachers,” he reverenced the silent fortitude with which “they struggle with all the force of their lives for one thing only: to fulfill themselves according to their own laws, to build up their own form, to represent themselves.”

A supreme challenge of human life is reconciling the longing to fulfill ourselves in union, in partnership, in love, with the urgency of fulfilling ourselves according to our own solitary and sovereign laws. Writing at the same time as Hesse, living in exile in the mountains, having barely survived an attack of the deadly Spanish Flu that claimed tens of millions of lives, the polymathic creative force D.H. Lawrence (September 11, 1885–March 2, 1930) took up the question of this divergent longing with great subtlety and splendor of insight in his autobiographically tinted novel Aaron’s Rod (free ebook | public library), rooting the plot’s climactic relationship resolution in a stunning passage about trees.

At a tea-party, the novel’s protagonist meets the Marchesa del Torre — an American woman from the South, married to an Italian man and living with him in Tuscany; a woman of composure with an edge of beckoning aloofness, “sitting there, full-bosomed, rather sad, remote-seeming,” a kind of modern Cleopatra brooding from under her dark, heavy-hanging hair out of an Aubrey Beardsley drawing. She strikes him as “wonderful, and sinister,” affects him “with a touch of horror.” He falls under her spell, drawn to her as we are so often drawn to danger by the magnetic pull of the sublime, with its dipoles of beauty and terror.

When their affair collapses under the weight of its own impossibility, he finds himself — and finds his self, his sovereignty of soul — among the trees. Lawrence writes:

One must possess oneself, and be alone in possession of oneself.

He sat for long hours among the cypress trees of Tuscany. And never had any trees seemed so like ghosts, like soft, strange, pregnant presences. He lay and watched tall cypresses breathing and communicating, faintly moving and as it were walking in the small wind. And his soul seemed to leave him and to go far away, far back, perhaps, to where life was all different and time passed otherwise than time passes now. As in clairvoyance he perceived it: that our life is only a fragment of the shell of life. That there has been and will be life, human life such as we do not begin to conceive. Much that is life has passed away from men, leaving us all mere bits. In the dark, mindful silence and inflection of the cypress trees, lost races, lost language, lost human ways of feeling and of knowing. Men have known as we can no more know, have felt as we can no more feel. Great life-realities gone into the darkness. But the cypresses commemorate.

Complement with Robert Macfarlane on how trees illuminate the secret to healthy love, Pablo Neruda’s breathtaking love letter to the forest, and Mary Oliver’s short, shimmering poem “When I Am Among the Trees,” then revisit Lawrence on the antidote to the malady of materialism.