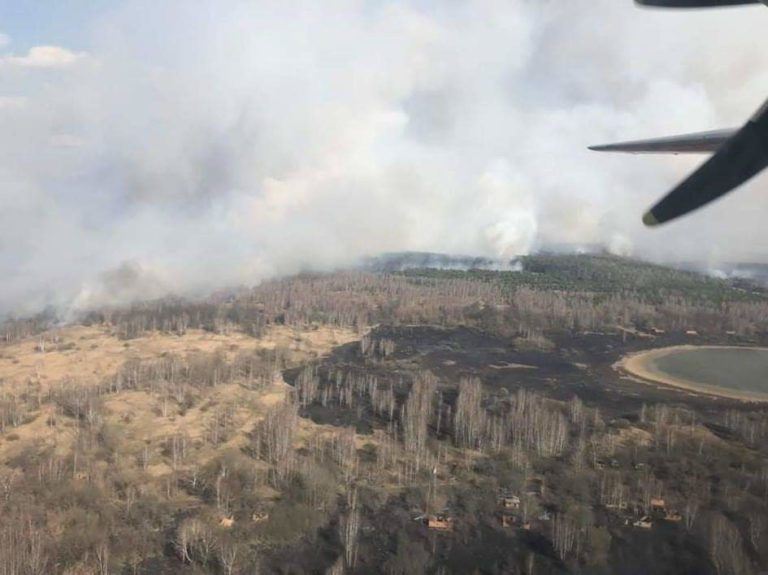 12 Aug 2020 – NASA satellite images of fires in eastern Siberia depict an inferno of monstrous proportions, nothing in modern history compares. And, as of July, it’s intensifying. Should people be concerned? Answer: Yes, and double yes.

According to Mark Parrington, a senior scientist at the Copernicus Atmosphere Monitoring Service (CAMS) of the European Centre for Medium-Range Weather Forecasts: “What has been surprising is the rapid increase in the scale and intensity of the fires through July, largely driven by a large cluster of active fires in the northern Sakha Republic.” (Source: Kasha Patel, NASA/NOAA Satellites Observe Surprisingly Rapid Increase in Scale and Intensity of Fires in Siberia, SciTechDaily, August 9, 2020)

The problem: “Abnormally warm temperatures have spawned an intense fire season in the eastern Siberian this summer,” Ibid.

Is this global warming on steroids?

For further color on “the problem”: As of June 23rd, a SciTechDaily headline read: “Meteorologists Shocked as Heat and Fire Scorches Siberia.” At last count, meteorologists are hard-core scientists with vast exposure to disaster scenarios, not easily “shocked.”

As it happens, the very region of the planet that’s famous for the coldest temps of all time is now recording Miami-type summer temps like 100°F. Due to this unheard-of, unprecedented state of affairs, should this real-time, happening now, catastrophic scenario be included in U.S. presidential NSA briefings? No, the president doesn’t read. Then, should NSA verbalize the catastrophe to the president? Y0u’ve gotta be kidding and risk being fired!

All of above is a powerful unconditional signal, especially for the Paris ’15 commitment group, excluding the USA, that global warming is rampaging, running amuck. Maybe the Paris ’15 assemble needs to reassemble for an emergency ad hoc meeting to take a tally of how well individual nation/states are handling their voluntary commitments to reduce greenhouse gas emissions because the planet’s scorecard is looking like a big fat F.

And while at it, maybe check in with Copernicus Atmosphere Monitoring Service and NASA on recent CO2 and CH4 spewing into the atmosphere. Brace yourself. We now have direct evidence of how important it is to cut fossil fuel emissions to zero, as soon as yesterday.

Here’s more about this mind-blowing threat to the well-being of the world:

“The destruction of peat by fire is troubling for so many reasons,’ said Dorothy Peteet of NASA’s Goddard Institute for Space Studies. ‘As the fires burn off the top layers of peat, the permafrost depth may deepen, further oxidizing the underlying peat,” Ibid.

Oh by the way, only recently it was reported that the amount of carbon stored in northern peatlands is double previous estimates. (Source: Jonathan Nichols, et al, Holocene Ecohydrological Variability on the East Coast of Kamchtka, Frontiers in Earth Science, May 15, 2019)

It goes without saying that raging firestorms in a heat-induced global warming environment that releases more greenhouse gases into the atmosphere than several countries combined darkens the epithet “Black Swan” almost beyond recognition.

But, is it really a Black Swan? Well, no, it is not a Black Swan because human-generated (anthropogenic) carbon emissions, like exhaust from fossil-fueled SUV engines, have been on a tear, especially since the turn of the new century (doubling on a per annum basis) blanketing the atmosphere (holding in heat), thus causing extraordinary readings of heat in the upper latitudes. So, yes, more fires were expected, no Black Swan.

But, the intensity of the fires hands down, no doubt about it, easily meets that criterion. Therefore, yes, it is a Black Swan, as the intensity is so overwhelmingly powerful that nobody could have possibly expected it to happen this way, and therein lies the risk to the “great hope” of cutting greenhouse gas emissions to minimize global temperatures to 2°C above baseline, or all hell breaks loose.