Jewish Settlers Poison and Kill Over 60 Livestock in Jordan Valley 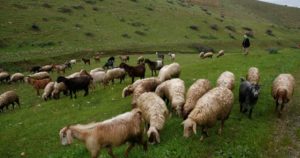 Livestock in the Jordan Valley

Over 60 livestock were killed this morning after being poisoned by extremist Jewish settlers in the town of al-Auja, near Jericho, in the occupied Jordan Valley, according to the Palestinian news agency WAFA.

Ahmad al-Zawahra, the livestock owner, told WAFA that a group of settlers sprayed poison on the pastures where his livestock graze, killing more than 60 of them.

Meanwhile, Head of al-Auja Municipality’s Water Department Jihad Shabnat said that it was highly likely that the number would increase as some of the remaining livestock are still in a critical condition.

Settler violence against Palestinians and their property is routine in the West Bank and is rarely prosecuted by Israeli authorities.  Between 500,000 and 600,000 Israelis live in Jewish-only settlements across occupied East Jerusalem and the West Bank in violation of international law.