The Afghan invasion was code named by the US as Operation Enduring Freedom (2001–14). The Iraqi invasion was codenamed “Operation Iraqi Freedom.” These were rather odd code names for operations whose goals were nothing more than regime changes and wanton massacre and destruction. The lives of millions of those bombed, murdered, maimed and ruined forever simply did not matter to the neo-crusading warlords – the Bush-Blair cabal. 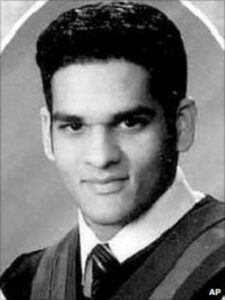 Every Muslim living in the West became a suspect, by default. Many were lynched. Thousands were put in the prisons and tortured on mere suspicion of being part of a sleeper cell, and many were given long sentences, violating all the well-established principles or notions of justice in this so-called secular world.

The role of US’s neighbor to the north was equally troubling. The day after the 9/11 attacks, Canadian Prime Minister Jean Chrétien telephoned United States president George W. Bush to pledge “Canada’s complete support” for the Americans. The exact nature of this commitment became clear in October of 2001: Canada would take part in a US-led multinational campaign to invade Afghanistan, capture members of al-Qa’ida, dismantle their training camps and overthrow the Taliban government. In one such operation, during a firefight with al-Qa’ida members, US troops wounded and captured 15-year-old Omar Khadr, who was born in Canada.

Omar Khadr was the only minor since the Second World War to be convicted of purported war crimes. He was imprisoned in Guantanamo Bay and Canada for almost 13 years. In July 2017, he received $10.5 million in compensation from the government for Canada’s role in violating his constitutional rights (see Omar Khadr Case).

Maher Arar, a telecommunications engineer with dual Syrian and Canadian citizenship was detained in September 2002 and held without charges in solitary confinement in the USA for nearly two weeks before being deported to Syria where he was tortured, according to the findings of a commission of inquiry ordered by the Canadian government, until his release to Canada. Prime Minister Stephen Harper formally apologized to Arar for Canada’s role in his “terrible ordeal.”

At home, the Canadian government was equally gung-ho about detaining anyone suspected of ties with or sympathetic to the Taliban or al-Qa’ida. Consider the case of Mohammad Momin Khawaja, a computer software specialist who was arrested on suspicion of involvement in the UK terrorism case. He was acquitted by the Canadian trial judge Rutherford of involvement in “terrorism” in the UK. Subsequently, however, the Government made up five other criminal charges to try Khawaja in a public court of law in Canada. He was accused of sending 859 dollars to Displaced Afghan Women and Children Fund for medicine, foods and clothing; making of a cell phone jammer (device), sending emails to his girlfriend, taking part in a one-day remote camp at Afghan-Pakistan (FATA) tribal area and travelling to London to meet few British youngsters who were later convicted of terrorism. The trial judge sentenced him to 10.5 years, but the Supreme Court of Canada (Court of Appeal) increased the sentence to Life and 24 years (to be served concurrently) with a parole ineligibility at 10 years instead of 5 years. It is also worth noting here that Momin had spent five years in detention prior to the trial but he was not given the credit of the time served, again in violation of the established practices.

One cannot but question the wisdom behind such a harsh sentence to a young man who has not committed any crime against Canada. He was never engaged in any violent activity nor posed any threat against anybody throughout his life. Although death penalty is legally abolished in Canada, how this life sentence is any better? He has already served 16 years in prison without a bail.

As we have noticed with documented evidences of abuses and tortures in Gitmo, sadly, the Canadian prisons are not safe either. In January 2012, while a prisoner at a high security federal jail in Canada, Momin Khawaja  was attacked by another inmate with boiling water and major parts of his body were burnt. As if such crimes against Muslims detainees are kosher, no official investigation was ever conducted. He was kept in a solitary confinement continuously for three years in violation of international law and even Canadian humanitarian practices.

When criminals commit crimes they are expected to serve their time behind the bars for crimes that they actually committed. And the sentences ought to be fair and congruent and not lopsided. The notion of innocence until proven guilty has been the bedrock of justice in a civilized society.

When a non-white criminal is given a life or long sentence for selling a few grams of cocaine while a white-collar Wall Street scion is given a much lighter sentence for misappropriating billions of dollars of lifesavings of people I fail to see justice in such sentencing. Are we not seeing a similar problem with the Canadian judges when they issued life sentence to Momin Khawaja?

When Justice Louis LeBel of the Supreme Court of Canada (June 12, 2012, Appeal Hearing Judges) asked the Prosecution: “Why should Mohammad Momin Khawaja be sentenced to a Life and 24 years when he was not charged with the crime nor he committed it?”  – the prosecution asserted that “terrorism” was an international problem and they wanted to send a message to other offenders.

Is that how the Canadian government wants to send ‘messages’ to would-be offenders? What type of justice is that? Are we living in the 19th century or the 21st century? And how could Canada claim to be a civilized nation with such an outlandish verdict that is reminiscent of the kangaroo courts in Sisi’s Egypt? Simply shocking!

I had the opportunity of studying in Canada before moving to the USA for my doctoral studies. I always entertained a very favorable opinion about what was once Pierre Trudeau’s Canada. I am shocked to learn about the ordeal of Momin Khawaja in Canada.

It is important that the Canadian Government and higher judges rethink and commit to redressing their lopsided decision. Life is precious and no one should be held hostage to a skewed decision that takes people’s confidence away in the judicial system. It is incumbent upon the Canadian Prime Minister to ensure that human rights are protected  and equal justice is accorded to all by appropriate action and that Momin Khawaja should be at the priority list to be set free from what seems to be travesty of legal justice that disgraces Canada in the eyes of many. I earnestly hope the Justin Trudeau and his government will have the moral fortitude and decency to let Khawaja go free.

I truly see a miscarriage of justice with Momin Khawaja’s life imprisonment, which needs to be rescinded letting him go free. The civilized world knows too well that injustice is wrong anytime and anywhere; injustice cannot be promoted to ‘send messages’ for future ‘offenders’.

President George W. Bush wanted to ‘send a message’ to the ‘offenders’ in Afghanistan and Iraq for bringing in 9/11 to the USA. His response was an asymmetric one that killed hundreds of thousands of innocent Muslims that once lived on the other side of the globe who did not know for what crime they were targeted for extermination. Bush Jr. is a mass murderer. As the history of the last two decades has repeatedly shown, he was grossly wrong; he did not make our world safer. His actions self-radicalized many Muslim youths and made our world messier and unsafe.

Al-Qa’ida has been decimated; with millions of natives dead and displaced America’s war in Iraq is over and the one in Afghanistan – America’s longest war – soon will be, too, or that is what is hoped by the Trump administration. But with so many of the tortured and abused detainees, the scandal of Gitmo endures to shame all Americans! And so is the case with the Canadians with their government’s reprehensible acts and its asymmetric verdict against the detainees like Momin Khawaja.

For too long we have forgotten the detainees in Gitmo and the special prison cells inside Canada even though it is a human rights disgrace that is unique in recent American and Canadian history. It is high time that those detention centers be shut down to tarnish our collective guilt and silence for failing to stop the torture of the innocent. Those wrongfully detained under the pretext of GWOT there have suffered enough and should be set free. Our conscience demands it. And it is the right thing to do. By releasing detainees like Momin Khawaja Prime Minister Justin Trudeau will be standing on the right side of history. The sooner the better!

For context: PDF file from the US Department of Homeland Security:

Dr. Habib Siddiqui studied engineering in Bangladesh, Canada and the USA. He is a human rights and peace activist with over three decades of experience in his effort towards improving human rights and creating a just and equitable world. He has written extensively in the arena of humanity, global politics, social conscience and human rights since his student days in the 1980s. He offers a fresh and insightful perspective on a whole generation of a misunderstood and displaced people with little or no voice of their own. Siddiqui wrote a book on the subject of terrorism (among others): Democracy, Politics and Terrorism – America’s Quest for Security in the Age of Insecurity – Jan 2019.

Anticopyright: Editorials and articles originated on TMS may be freely reprinted, disseminated, translated and used as background material, provided an acknowledgement and link to the source, TMS: Momin Khawaja–The Forgotten Canadian Detainee of 9/11, is included. Thank you.