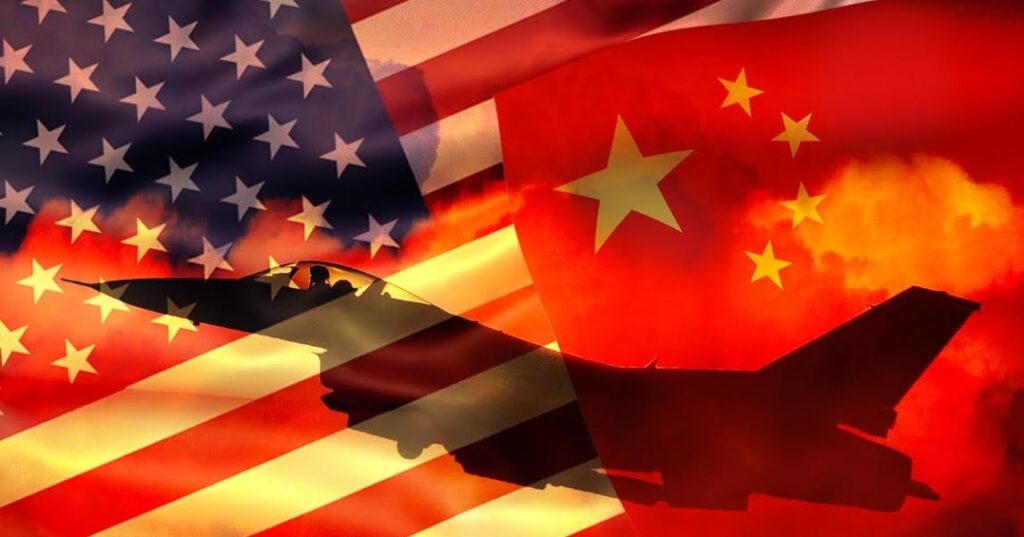 3 Aug 2020 – Tensions between the United States and China are rising as the U.S. election nears, with tit-for-tat consulate closures, new U.S. sanctions and no less than three U.S. aircraft carrier strike groups prowling the seas around China. But it is the United States that has initiated each new escalation in U.S.-China relations. China’s responses have been careful and proportionate, with Chinese officials such as Foreign Minister Wang Yi publicly asking the U.S. to step back from its brinkmanship to find common ground for diplomacy.

Most of the U.S. complaints about China are long-standing, from the treatment of the Uighur minority and disputes over islands and maritime borders in the South China Sea to accusations of unfair trade practices and support for protests in Hong Kong. But the answer to the “Why now?” question seems obvious: the approaching U.S. election.

Danny Russel, who was Obama’s top East Asia expert in the National Security Council and then at the State Department, told the BBC that the new tensions with China are partly an effort to divert attention from Trump’s bungled response to the Covid-19 pandemic and his tanking poll numbers, and that this “has a wag the dog feel to it.”

Meanwhile, Democratic Presidential candidate Joe Biden has been going toe-to-toe with Trump and Secretary Pompeo in a potentially dangerous “tough on China” contest, which could prove difficult for the winner to walk back after the election.

Elections aside, there are two underlying forces at play in the current escalation of tensions, one economic and the other military. China’s economic miracle has lifted hundreds of millions of its people out of poverty, and, until recently, Western corporations were glad to make the most of its huge pool of cheap labor, weak workplace and environmental protections, and growing consumer market. Western leaders welcomed China into their club of wealthy, powerful countries with little fuss about human and civil rights or China’s domestic politics.

So what has changed? U.S.high-tech companies like Apple, which were once only too glad to outsource American jobs and train Chinese contractors and engineers to manufacture their products, are finally confronting the reality that they have not just outsourced jobs, but also skills and technology. Chinese companies and highly skilled workers are now leading some of the world’s latest technological advances.

The global rollout of 5G cellular technology has become a flashpoint, not because the increase and higher frequency of EMF radiation it involves may be dangerous to human health, which is a real concern, but because Chinese firms like Huawei and ZTE have developed and patented much of the critical infrastructure involved, leaving Silicon Valley in the unfamiliar position of having to play catch-up.

Also, if the U.S.’s 5G infrastructure is built by Huawei and ZTE instead of AT&T and Verizon, the U.S. government will no longer be able to require “back doors” that the NSA can use to spy on us all, so it is instead stoking fears that China could insert its own back doors in Chinese equipment to spy on us instead. Left out of the discussion is the real solution: repeal the Patriot Act and make sure that all the technology we use in our daily lives is secure from the prying eyes of both the U.S. and foreign governments.

China is investing in infrastructure all over the world. As of March 2020, a staggering 138 countries have joined China’s Belt and Road Initiative (BRI), a massive plan to connect Asia with Africa and Europe via land and maritime networks. China’s international influence will only be enhanced by its success, and the U.S.’s failure, in tackling the Covid-19 pandemic.

On the military front, the Obama and Trump administrations have both tried to “pivot to Asia” to confront China, even as the U.S. military remains bogged down in the Middle East.  With a war-weary public demanding an end to the endless wars that have served to justify record military spending for nearly 20 years, the U.S. military-industrial complex has to find more substantial enemies to justify its continued existence and budget-busting costs. Lockheed Martin is not ready to switch from building billion-dollar warplanes on cost-plus contracts to making wind turbines and solar panels.

The only targets the U.S. can find to justify a $740-billion military budget and 800 overseas military bases are its familiar old Cold War enemies: Russia and China. They both expanded their modest military budgets after 2011, when the U.S. and its allies hi-jacked the Arab Spring to launch covert and proxy wars in Libya, where China had substantial oil interests, and Syria, a long-term Russian ally. But their increases in military spending were only relative. In 2019, China’s military budget was only $261 billion compared to the U.S.’s $732 billion, according to SIPRI. The U.S. still spends more on its military than the ten next largest military powers combined, including Russia and China.

Russian and Chinese military forces are almost entirely defensive, with an emphasis on advanced and effective anti-ship and anti-aircraft missile systems. Neither Russia nor China has invested in carrier strike groups to sail the seven seas or U.S.-style expeditionary forces to attack or invade countries on the other side of the planet. But they do have the forces and weapons they need to defend themselves and their people from any U.S. attack and both are nuclear powers, making a major war against either of them a more serious prospect than the U.S. military has faced anywhere since the Second World War.

China and Russia are both deadly serious about defending themselves, but we should not misinterpret that as enthusiasm for a new arms race or a sign of aggressive intentions on their part. It is U.S. imperialism and militarism that are driving the escalating tensions. The sad truth is that 30 years after the supposed end of the Cold War, the U.S. military-industrial complex has failed to reimagine itself in anything but Cold War terms, and its “New” Cold War is just a revival of the old Cold War that it spent the last three decades telling us it already won.

“China Is Not an Enemy”

The U.S. and China do not have to be enemies. Just a year ago, a hundred U.S. business, political and military leaders signed a public letter to President Trump in the Washington Post entitled “China Is Not an Enemy.” They wrote that China is not “an economic enemy or an existential national security threat,” and U.S opposition “will not prevent the continued expansion of the Chinese economy, a greater global market share for Chinese companies and an increase in China’s role in world affairs.”

They concluded that, “U.S. efforts to treat China as an enemy and decouple it from the global economy will damage the United States’ international role and reputation and undermine the economic interests of all nations,” and that the U.S. “could end up isolating itself rather than Beijing.”

That is precisely what is happening. Governments all over the world are collaborating with China to stop the spread of coronavirus and share the solutions with all who need them. The U.S. must stop pursuing its counterproductive effort to undermine China, and instead work with all our neighbors on this small planet. Only by cooperating with other nations and international organizations can we stop the pandemic—and address the coronavirus-sparked economic meltdown gripping the world economy and the many challenges we must all face together if we are to survive and thrive in the 21st century.

Anticopyright: Editorials and articles originated on TMS may be freely reprinted, disseminated, translated and used as background material, provided an acknowledgement and link to the source, TMS: U.S. Cold War China Policy Will Isolate the U.S, Not China, is included. Thank you.