What Happens if Julian Assange Dies in a British Prison? Journalists and Monitors Voice Concerns 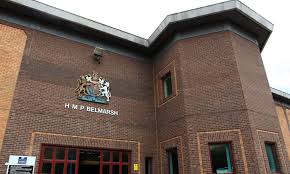 Seen to those in attendance through two flat-screen monitors placed at either side of the west London courtroom, the WikiLeaks founder and former editor patiently sat through the proceedings in which he took no active role – he coughed and cleared his throat throughout.

Normally held in a solitary cell at H.M.P. Belmarsh for twenty-three-and-a-half hours a day with a chronic lung condition, this is the second case-management hearing Assange has attended in recent weeks. He spoke once to confirm his name and date of birth, but struggled to speak and looked weakened according to a handful of observers.

As a “remand prisoner” with no convictions, Assange is expected to be produced in court every twenty-eight days, either physically or by video-link, but has frequently been too unwell to appear or has avoided the proceedings following the guidance of health professionals, particularly in light of Covid-19 concerns.

New restrictions imposed on British courts following the pandemic have also hampered the proceedings in a number of ways. Aside from difficulties in travel for both the prosecution and defence lawyers, let alone Assange himself, “social-distancing” requirements mean that only a limited few are granted access. Most are consigned to teleconferencing facilities.

Journalists and international monitors – including Rebecca Vincent, international campaigns director at Reporters Sans Frontières, and Diani Barreto, an advisor to a number of European Members of Parliament – have repeatedly spoken out against poor facilities. In most instances, court proceedings have been relayed from one phone receiver to the next.

We’ve now had confirmation that proceedings have indeed started, but once again the conference call line has not been added to the court, meaning press and NGO observers have no remote access. This is the third hearing in which this has happened in the past five months.

I have never in my career faced so much difficulty attempting to trial monitor as in Julian Assange’s case. Whether in person or remotely, there are constant barriers to access. Completely unacceptable. @RSF_inter will again be writing to the court and @MoJGovUK.

Three hours of precious life time wasted whilst trying to gain access. On such a significant hearing, the last call-in before the hearing in September. No words.

In Great Britain of 2020 – the land of Oxford University, GCHQ and the British Army’s 77th Brigade – the Ministry of Justice has moved at its usual pace and following ten years of Conservative government, British courts have felt the pinch like most public services. Nonetheless, District Judge Vanessa Baraitser warmed to the idea of making video-conferencing facilities available for future proceedings.

H.M. Courts and Tribunals Service (HMCTS) have slowly implemented these technological advancements as part of a 2016 initiative aimed at making a “wholesale shift” to digital – use of video-conferencing tools such as Skype have become a feature among a number of civil proceedings, and uptake of the government’s bespoke “Cloud Video Platform” has gained acceptance in criminal courts following their introduction for the first time in May.

The London School of Economics recently published its independent evaluation of how well HMCTS has adopted these services, particularly in light of the pandemic which has ramped up interest, and judges and users have responded positively despite teething concerns.

For Assange however, justice delayed is not only justice denied. With global attention shifting from Wuhan to Washington, from Minneapolis to Lebanon, the father of two young children has spent another five months in incarceration without access to lawyers or family visitations. It follows what is approaching ten years of what the United Nations has repeatedly labelled arbitrary detention – the British government has so far failed to respond to three separate U.N. reports and correspondences on the matter.

“How can the U.K. behave in this way?” she said following Friday’s hearing. “It is unacceptable. It’s a travesty of justice. No access to lawyers for months?

“This is the kind of behaviour you would expect of some non-democratic, developing countries perhaps – but for the United Kingdom? It’s insane.”

Tinari – a prominent member of various global collaborations and organisations, including the International Consortium of Investigative Journalists (the ICIJ) – co-founded the #JournalistsSpeakUpForAssange campaign. Close to 1,500 media professionals have signed on to express support for their imprisoned colleague, a title some journalists have had issue with in the past.

“Assange has had a health condition for years,” Tinari added. “Besides, even without a condition, locked up for 23 hours a day in an unhealthy environment, things can only get worse.

She called for Assange to be moved to a medical facility for treatment immediately. A number of doctors, most prominently in The Lancet, have repeatedly voiced similar concerns, but little meaningful action has been taken in support of the Australian.

Friday’s hearing was mired in further complications likely to cause substantial delays to an already lengthy U.S. extradition case. Assange has been in British custody for 16 months since his removal from the Ecuadorean embassy in London’s Knightsbridge.

Confusions in scheduling meant prosecution lawyers representing the U.S. government were not present on the call for some thirty minutes. This followed a number of procedural delays and mishaps.

Once all parties were present and the proceedings finally commenced – forgetting the dozen or so journalists accidentally left on hold listening to “muzak” – matters turned to the second superseding indictment filed by the U.S. Department of Justice (DOJ).

The third of its kind, replacing earlier DOJ indictments issued last year and earlier this summer, it radically alters the characterisations of Assange’s actions and introduces additional co-conspirators previously unmentioned. It was formally served to British courts at 3.45 p.m. on Wednesday (August 12) – less than three days before Friday’s hearing and dropped-in before the substantive proceedings are set to re-continue in three weeks’ time.

Furthermore, the Crown Prosecution’s filings of an updated extradition request came two days past the deadline for skeleton arguments to be submitted.

At previous hearings, District Judge Baraitser had taken matters into her own hands to arrange a replacement court in spite a backlog of cases across all courts across England and Wales, particularly in Britain’s capital. A September 7 date at the Old Bailey has now been fixed and Baraitser was unimpressed by the prosecution’s shifting of the goal posts once again – seemingly a permanent fixture of the U.S. case against Assange.

"This only ends if the public, if you take a stand. You have to be a witness becuase if this cotinues you will be a bearing witness to the worst judicial scandal in decades in the United Kingdom. It cannot happen!" @khrafnsson #DontExtraditeAssange #FreeAssange #AssangeCase pic.twitter.com/Dsb4a6Pr8L

Although matters on witness testimony and evidence have been agreed upon for the forthcoming three-week hearings, the prosecution’s introduction of a new indictment – spanning 49-pages in length – will likely bring new unforeseen stumbling blocks.

Florence Iverson of Matrix Chambers, on behalf of Assange’s defence, told Westminster Magistrates’ Court that introducing a new indictment at this late stage was “astonishing”.

“We think it is astonishing and potentially abusive to add a new requirement at the eleventh hour seeking to expand the case while we have spent a year preparing,” she said.

NEWS: Assange is still being held under an indictment that is null and void because the US issued a superseding indictment in June. Magistrate court judge acknowledges this abuse of process but doesn't seem to know what to do. https://t.co/wHTDMfO1m1

Assange’s defence – led by QCs Mark Summers, Edward Fitzgerald and solicitor Gareth Peirce – have compiled an expansive list of “abuse of process” procedural violations in respect to the handling of the exiled publisher’s case. A number of which, such as the perversion of client-attorney privileges infringed upon by routine surveillance on Assange and his legal team for example, are expected to be brought to light in the September hearings.

Until then, Assange will remain in his cell with limited access to his legal papers. Computer access which has been granted is restricted by keyboard keys that have been glued down. If extradited to the U.S., he faces the prospect of a 175-year prison sentence.