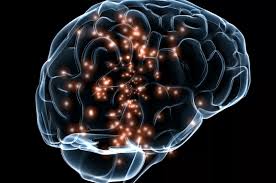 The Defense Advanced Research Projects Agency, or DARPA, has announced the start of a five-year, $26 million effort to develop brain implants that can treat mental disease with deep-brain stimulation. Credit: DARPA.

8 Sep 2020 – You’ve seen the superhero movie scenario before — a mad scientist’s experiment goes terribly wrong, and he or she is transformed into an evil nemesis for the good guys to battle.

We all know those wild and crazy military experiments only exist in the movies — or do they?

Enter the folks at America’s Defense Advanced Research Projects Agency (DARPA), who have entertained some of the craziest ideas in military history in the 62 years since its foundation.

For every one of the DARPA’s successes, there seem to be a plethora of failures — but what makes DARPA so unique is its ability to go outside the red tape of bureaucracy to innovate.

It isn’t subject to the same acquisition rules as other agencies, which means it has fewer restrictions on the scientists and innovators.

Here are some of the more interesting projects to come out of DARPA’s “high-risk, high-reward” environment.

Perhaps the most aptly named project on this list, the Energy Autonomous Tactical Robot program sought to create robots that could feed off plants just as animals do.

EATR would have enabled robots to remain in surveillance or defensive positions without resupply much longer than humans or robots with more limited power sources.

“We completely understand the public’s concern about futuristic robots feeding on the human population, but that is not our mission,” Cyclone Power Technologies CEO Harry Schoell said in a press release.

Before the project stopped development in 2015, its engineers estimated that EATR would be able to travel 100 miles for every 150 pounds of biomass consumed.

Don’t even ask about what went on at the other end of things.

The agency’s researchers are currently undertaking a project — called Silent Talk — to “allow user-to-user communication on the battlefield without the use of vocalized speech through analysis of neural signals.”

Using an EEG to read brain waves, DARPA is going to attempt to analyze “pre-speech” thoughts, then transmit them to another person.

They first plan to map people’s EEG patterns to his/her individual words, then see if those patterns are common to all people.

If they are, then the team will move on to developing a way to transmitting those patterns to another person.

The Switchblade should have gone further by becoming the first supersonic UAV capable of long-range missions.

The US$10.3-million project involved a bizarre design. The aircraft’s 61-metre wingspan pivots by 60° as it gains speed, until one wing points forwards and the other backwards enabling it to reach speeds of Mach 2.

Following Phase I the aircraft concept was cancelled.

Unmanned Aerial Vehicles may be all the rage, but they’re clunky and require people to design and assemble every piece. What if there were a way to piggyback sensors on flying creatures for free?

DARPA’s spy bugs were part of a 2006 project that wanted to implant transmitters in insects to use them for surveillance. The Hybrid Insect Micro-Electro-Mechanical Systems program was run by teams from the University of Michigan and Cornell University.

In 2009, Cornell engineers revealed a prototype of a radioactively-powered transmitter for the cyborg insects.

Nickle-23 isotopes would provide ample power to the sensors and transmitters the bugs might carry while remaining harmless to humans.

Right … we’ve heard that one before.

DARPA doesn’t just focus on cool gadgets for fighting wars. The agency also funds research on solutions for the negative effects war can have on soldiers.

The Systems-Based Neurotechnology for Emerging Therapies program is tasked with creating “an implanted, closed-loop diagnostic and therapeutic system for treating, and possibly even curing, neuropsychiatric illness,” according to a DARPA press release.

Because of the ramifications of such a device, SUBNETS has special ethics experts to help them create a safe piece of neurotechnology.

Heavy lifting is one of the largest challenges affecting troops’ health and performance.

Recognizing the affect the weight of soldiers’ loads can have on them, DARPA began working with robotics company Boston Dynamics to create the Legged Squad Support System.

Capable of carrying 400 pounds, the LS3 is intended to deploy with an infantry squad. DARPA’s website states the program’s goal as “to develop a robot that will go through the same terrain the squad goes through without hindering the squad’s mission.”

Those same websites sometimes also claim that the US is going to unleash an army of White Walkers and Olafs over the ice caps to destroy Russia.

In actuality, DARPA just wants to put injured people in biostatis to give medical personnel more time to evacuate and treat them, potentially turning the “Golden Hour” of medevacs into the “Golden Couple of Days.”

This could be done by rapidly lowering blood temperatures, something the medical community has looked at for heart attack victims. But DARPA’s program focuses on proteins and cellular processes, hopefully allowing for interventions at room temperature.

If it works, expect to see the process in use in a war with near peers who can force our medevac birds to stay on the ground, and expect to see it quickly copied to ambulance services around the world.

In the 1960s, DARPA began researching vehicles that would enable troops and equipment to move more freely in the dense terrain of Vietnam.

Following the footsteps of Hannibal before them, DARPA researchers decided that elephants could be the right tool for the job.

They began one of the most infamous projects in DARPA history: the quest for a mechanical elephant. The end result would be capable of transporting heavy loads with servo-actuated legs.

When the director of DARPA heard of the “damn fool” project, he immediately shut it down, hoping that Congress wouldn’t hear of it and cut the agency’s funding.

As any comic book super hero already knows, air planes should be able alternate between flying and going under water.

Last we heard, DARPA is trying to make a flying submarine (or a submersible plane) a reality.

Military applications for such a machine are obvious, but perhaps one day we can also look forward to a civilian flight that includes an underwater tour?

In the movie Terminator 2, Arnold Schwarzenegger (avec thick Austrian accent) explains that a cyborg is made of malleable metal and can form itself into “knives and stabbing objects.”

Well, guess what. DARPA is working on the real thing with programmable shape shifting matter.

In its plainest form, such material could be used to change an antenna’s shape for maximum effectiveness depending on location and circumstances.

Or in the case of the military, you could make something that looks innocent, like a cupcake, that suddenly changes shape and stabs you in the face. Ouch!

Dave Makichuk directed content and design of the Driving section at both the Calgary Herald and Calgary Sun and wrote auto-related features and reviews. Former chief copy editor with Myanmar Eleven at Nation Multimedia, Bangkok, and currently Calgary correspondent with Asia Times, Hong Kong, specializing in military and aviation news.