Everything Going According to Plan in China 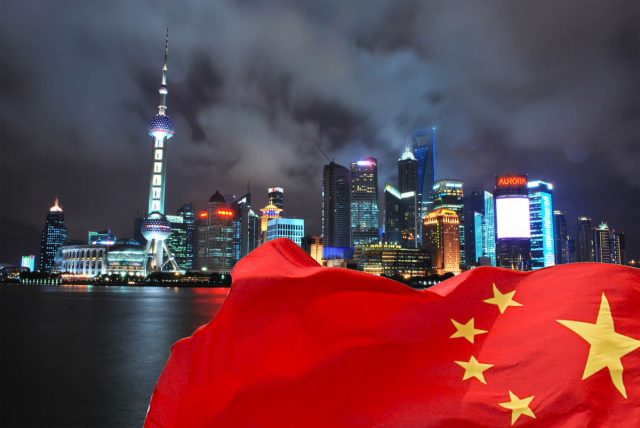 The contours of China’s long-term strategy for the new Cold War are quickly coming into view.

24 Aug 2020 – Let’s start with the story of an incredibly disappearing summit.Every August, the leadership of the Chinese Communist Party (CCP) converges to the town of Beidaihe, a seaside resort some two hours away from Beijing, to discuss serious policies that then coalesce into key planning strategies to be approved at the CCP Central Committee plenary session in October.

The Beidaihe ritual was established by none other than Great Helmsman Mao, who loved the town where, not by accident, Emperor Qin, the unifier of China in the 3rd century B.C., kept a palace.

2020 being, so far, a notorious Year of Living Dangerously, it’s no surprise that in the end Beidaihe was nowhere to be seen. Yet Beidaihe’s invisibility does not mean it did not happen.

Exhibit 1 was the fact that Premier Li Keqiang simply disappeared from public view for nearly two weeks – after President Xi chaired a crucial Politburo gathering in late July where what was laid out was no less than China’s whole development strategy for the next 15 years.

Li Keqiang resurfaced by chairing a special session of the all-powerful State Council, just as the CCP’s top ideologue, Wang Huning – who happens to be number 5 in the Politburo – showed up as the special guest at a meeting of the All China Youth Federation.

What’s even more intriguing is that side by side with Wang, one would find Ding Xuexiang, none other than President Xi’s chief of staff, as well as three other Politburo members.

In this “now you see them, now you don’t” variation, the fact that they all showed up in unison after an absence of nearly two weeks led sharp Chinese observers to conclude that Beidaihe in fact had taken place. Even if no visible signs of political action by the seaside had been detected. The semi-official spin is that no get-together happened at Beidaihe because of Covid-19.

Yet it’s Exhibit 2 that may clinch the deal for good. The by now famous end of July Politburo meeting chaired by Xi in fact sealed the Central Committee plenary session in October. Translation: the contours of the strategic road map ahead had already been approved by consensus. There was no need to retreat to Beidaihe for further discussions.

The plot thickens when one takes into consideration a series of trial balloons that started to float a few days ago in select Chinese media. Here are some of the key points.

Inbuilt in this drive is what has been described as “to firmly abandon all illusions about the United States and conduct war mobilization with our people. We shall vigorously promote the war to resist US aggression (…) We will use a war mindset to steer the national economy (…) Prepare for the complete interruption of relations with the US.”

It’s unclear as it stands if these are only trial balloons disseminated across Chinese public opinion or decisions reached at the “invisible” Beidaihe. So all eyes will be on what kind of language this alarming configuration will be packaged when the Central Committee presents its strategic planning in October. Significantly, that will happen only a few weeks before the US election.

It’s all about continuity

All of the above somewhat mirrors a recent debate in Amsterdam on what constitutes the Chinese “threat” to the West. Here are the key points.

China plans not only in years, but in decades. Five year plans are complemented by ten year plans and as the meeting chaired by Xi showed, 15 year plans. The Belt and Road Initiative (BRI) is in fact a nearly 40-year plan, designed in 2013 to be completed in 2049.

And continuity is the name of the game – when one thinks that the Five Principles of Peaceful Coexistence, first developed in 1949 and then expanded by Zhou Enlai at the Bandung conference in 1955 are set in stone as China’s foreign policy guidelines.

The Qiao collective, an independent group that advances the role of qiao (“bridge”) by the strategically important huaqiao (“overseas Chinese”) is on point when they note that Beijing never proclaimed a Chinese model as a solution to global problems. What they extol is Chinese solutions to specific Chinese conditions.

A forceful point is also made that historical materialism is incompatible with capitalist liberal democracy forcing austerity and regime change on national systems, shaping them towards preconceived models.

That always comes back to the core of the CCP foreign policy: each nation must chart a course fit for its national conditions.

And that reveals the full contours of what can be reasonably described as a Centralized Meritocracy with Confucian, Socialist Characteristics: a different civilization paradigm that the “indispensable nation” still refuses to accept, and certainly won’t abolish by practicing Hybrid War.