The Pandemic Has Laid Bare Deep Divisions, but It’s Not Too Late to Change Course

Fall 2020 – COVID-19 has not been an equal opportunity virus: it goes after people in poor health and those whose daily lives expose them to greater contact with others. And this means it goes disproportionately after the poor, especially in poor countries and in advanced economies like the United States where access to health care is not guaranteed. One of the reasons the United States has been afflicted with the highest number of cases and deaths (at least as this goes to press) is because it has among the poorest average health standards of major developed economies, exemplified by low life expectancy (lower now than it was even seven years ago) and the highest levels of health disparities.

Around the world, there are marked differences in how the pandemic has been managed, both in terms of how successful countries have been in maintaining the health of their citizens and the economy and in the magnitude of the inequalities on display. There are many reasons for these differences: the preexisting state of health care and health inequalities; a country’s preparedness and the resiliency of the economy; the quality of public response, including reliance on science and expertise; citizens’ trust in government guidance; and how citizens balanced their individual “freedoms” to do as they pleased with their respect for others, recognizing that their actions generated externalities. Researchers will spend years parsing the strength of various effects.

We need a comprehensive rewriting of the rules of the economy.

Still, two countries illustrate likely lessons that will emerge. If the United States represents one extreme, perhaps New Zealand represents the other. It’s a country in which competent government relied on science and expertise to make decisions, a country where there is a high level of social solidarity—citizens recognize that their behavior affects others—and trust, including trust in government. New Zealand has managed to bring the disease under control and is working to redeploy some underused resources to build the kind of economy that should mark the post-pandemic world: one that is greener and more knowledge-based, with even greater equality, trust, and solidarity. There is a natural dynamic at work. These positive attributes can build on each other. Likewise, there can be adverse, destructive attributes that weigh down a society, leading to less inclusiveness and more polarization.

Unfortunately, as bad as inequality had been before the pandemic, and as forcefully as the pandemic has exposed the inequalities in our society, the post-pandemic world could experience even greater inequalities unless governments do something. The reason is simple: COVID-19 won’t go away quickly. And the fear of another pandemic will linger. Now it is more likely that both the private and the public sectors will take the risks to heart. And that means certain activities, certain goods and services, and certain production processes will be viewed as riskier and costlier. While robots do get viruses, they are more easily managed. So it is likely that robots will, where possible, at least at the margin, replace humans. “Zooming” will, at least at the margin, replace airline travel. The pandemic broadens the threat from automation to low-skilled, person-to-person services workers that the literature so far has seen as less affected—for example, in education and health. All of this will mean that the demand for certain types of labor will decrease. This shift will almost surely increase inequality—accelerating, in some ways, trends already in place.

The easy answer is to accelerate upskilling and training in tandem with the changing job market. But there are good reasons to believe that these steps alone will not suffice. There will need to be a comprehensive program to reduce income inequality. The program needs to first recognize that the competitive equilibrium model (whereby producers maximize profit, consumers maximize utility, and prices are determined in competitive markets which equate demand and supply) that has dominated economists’ thinking for more than a century does not provide a good picture of the economy today, especially when it comes to understanding the growth of inequality, or even innovation-driven growth. We have an economy rife with market power and exploitation. The rules of the game matter. Weakening constraints on corporate power; minimizing the bargaining power of workers; and eroding rules governing the exploitation of consumers, borrowers, students, and workers have all worked together to create a poorer-performing economy marked by greater rent seeking and greater inequality.

We need a comprehensive rewriting of the rules of the economy. For instance, we need monetary policies that focus more on ensuring full employment of all groups and not just on inflation; bankruptcy laws that are better balanced, replacing those that became too creditor-friendly and provided too little accountability for bankers who engaged in predatory lending; and corporate governance laws that recognize the importance of all stakeholders, not just shareholders. The rules governing globalization must do more than just serve corporate interests; workers and the environment have to be protected. Labor legislation needs to do a better job of protecting workers and providing greater scope for collective action.

While the pandemic has revealed the enormous cleavages across the countries of the world, the pandemic itself is likely to increase disparities.

But all of this will not, in the short run at least, create the equality and solidarity that we need. We will need to improve not just the market distribution of income but how we redistribute as well. Perversely, some countries with the highest degree of market income inequalities, like the United States, actually have regressive tax systems where top earners pay a smaller share of their income in taxes than workers lower down the ladder.

Over the past decade, the IMF has recognized the importance of equality in promoting good economic performance (including growth and stability). Markets on their own pay no attention to the broader impacts that arise from decentralized decisions leading to excessive borrowing in foreign-denominated currencies or excessive inequality. During the reign of neoliberalism, no attention was paid to how policies (such as capital and financial market liberalization) contributed to greater volatility and inequality, nor to how other policy changes—such as the shift from defined-benefit to defined-contribution retirement (or pension) plans, or from public to private pensions—led to greater individual insecurity, as well as to greater macroeconomic volatility, by weakening the economy’s automatic stabilizers.

The rules are now shaping many aspects of economies’ responses to COVID-19. In some countries, the rules encouraged shortsightedness and inequalities, two features of societies that have not managed COVID-19 well. Those countries were inadequately prepared for the pandemic; they built global supply chains that were insufficiently resilient. When COVID-19 hit, for instance, American firms couldn’t even provide enough supplies of simple things like masks and gloves, let alone more complicated products like tests and ventilators.

COVID-19 has exposed and exacerbated inequalities between countries just as it has within countries. The least developed economies have poorer health conditions, health systems that are less prepared to deal with the pandemic, and people living in conditions that make them more vulnerable to contagion, and they simply do not have the resources that advanced economies have to respond to the economic aftermath.

The pandemic won’t be controlled until it is controlled everywhere, and the economic downturn won’t be tamed until there is a robust global recovery. That’s why it’s a matter of self-interest—as well as a humanitarian concern—for the developed economies to provide the assistance the developing economies and emerging markets need. Without it, the global pandemic will persist longer than it otherwise would, global inequalities will grow, and there will be global divergence.

While the Group of Twenty announced that it would use every instrument available to provide this kind of help, the aid so far has been insufficient. In particular, one instrument used in 2009 and easily available has not been employed: an issuance of $500 billion in Special Drawing Rights (SDRs). So far, it has not been possible to overcome the lack of enthusiasm of the United States or India. The provision of SDRs would be of enormous assistance to developing economies and emerging markets—with no or little cost to the taxpayers of developed economies. It would be even better if those economies contributed their SDRs to a trust fund to be used by developing economies to meet the exigencies of the pandemic.

So too, the rules of the game affect not just economic performance and inequalities within countries, but also between countries, and in this arena the rules and norms governing globalization are central. Some countries seem committed to “vaccine nationalism.” Others, like Costa Rica, are doing what they can to ensure that all knowledge relevant to addressing COVID-19 is used for the entire world, in a manner analogous to how the flu vaccine is updated every year.

The pandemic is likely to bring about a rash of debt crises. Low interest rates combined with financial markets in advanced economies pushing loans and profligate borrowing in emerging market and developing economies have left several countries with more debt than they can service, given the magnitude of the pandemic-induced downturn. International creditors, especially private creditors, should know by now that you can’t squeeze water out of stone. There will be a debt restructuring. The only question is whether it will be orderly or disorderly.

While the pandemic has revealed the enormous cleavages across the countries of the world, the pandemic itself is likely to increase disparities, leaving long-lasting scars, unless there is a greater demonstration of global and national solidarity. International institutions, like the IMF, have provided global leadership, acting in exemplary ways. In some countries too there has been leadership that has enabled them to address the pandemic and its economic aftermath—including the inequalities that otherwise would have arisen. But as dramatic as the successes have been in some places, just as dramatic are the failures elsewhere. And those governments that have failed internally have hampered the necessary global response. As evidence of the disparate outcomes becomes clear, hopefully there will be a change of course. The pandemic is likely to be with us for a while and its economic aftermath for a much longer time. It’s still not too late for such a change of course. 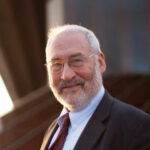 Anticopyright: Editorials and articles originated on TMS may be freely reprinted, disseminated, translated and used as background material, provided an acknowledgement and link to the source, TMS: The Pandemic Has Laid Bare Deep Divisions, but It’s Not Too Late to Change Course, is included. Thank you.