24 Oct 2020 – Today, the UN Treaty on the Prohibition of Nuclear Weapons reached the required 50 states parties for its entry into force, after Honduras ratified just one day after Jamaica and Nauru submitted their ratifications. In 90 days, the treaty will enter into force, cementing a categorical ban on nuclear weapons, 75 years after their first use. 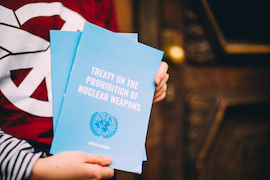 This is a historic milestone for this landmark treaty. Prior to the TPNW’s adoption, nuclear weapons were the only weapons of mass destruction not banned under international law, despite their catastrophic humanitarian consequences. Now, with the treaty’s entry into force, we can call nuclear weapons what they are: prohibited weapons of mass destruction, just like chemical weapons and biological weapons.

ICAN’s Executive Director Beatrice Fihn welcomed the historic moment. “This is a new chapter for nuclear disarmament. Decades of activism have achieved what many said was impossible: nuclear weapons are banned,” she said. 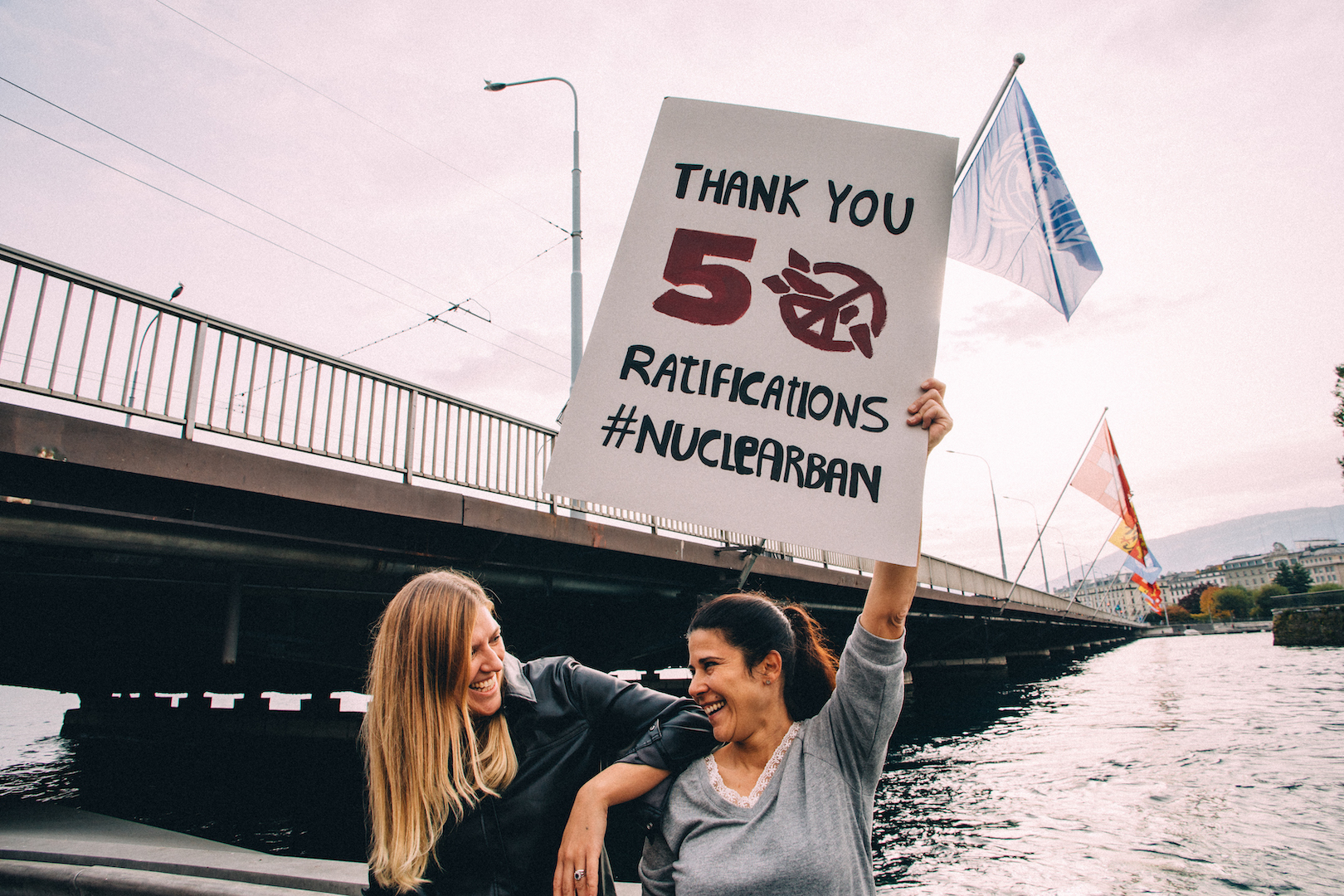 Setsuko Thurlow, survivor of the atomic bombing of Hiroshima, said “I have committed my life to the abolition of nuclear weapons. I have nothing but gratitude for all who have worked for the success of our treaty.” As a long-time and iconic ICAN activist who has spent decades sharing the story of the horrors she faced to raise awareness on the humanitarian consequences of nuclear weapons this moment held particular significance: “This is the first time in international law that we have been so recognized. We share this recognition with other hibakusha across the world, those who have suffered radioactive harm from nuclear testing, from uranium mining, from secret experimentation.” Survivors of atomic use and testing all over the world have joined Setsuko in celebrating this milestone.

The three latest states to ratify were proud to be part of such a historic moment. All 50 states have shown true leadership to achieve a world without nuclear weapons, all while facing unprecedented levels of pressure from the nuclear armed states not to do so. A recent letter, obtained by AP only days before the ceremony, demonstrates that the Trump administration has been directly pressuring states that have ratified the treaty to withdraw from it and abstain from encouraging others to join it, in direct contradiction to their obligations under the treaty. Beatrice Fihn said: “Real leadership has been shown by the countries that have joined this historical instrument to bring it to full legal effect. Desperate attempts to weaken these leaders’ commitment to nuclear disarmament demonstrate only the fear of nuclear armed states of the change this treaty will bring.”

This is just the beginning. Once the treaty is in force, all states parties will need to implement all of their positive obligations under the treaty and abide by its prohibitions. States that haven’t joined the treaty will feel its power too – we can expect companies to stop producing nuclear weapons and financial institutions to stop investing in nuclear weapon producing companies.

How do we know? Because we have nearly 600 partner organisations in over 100 countries committed to advancing this treaty and the norm against nuclear weapons. People, companies, universities and governments everywhere will know this weapon has been prohibited and that now is the moment for them to stand on the right side of history.

One Response to “Historic Milestone: UN Treaty on the Prohibition of Nuclear Weapons Reaches 50 Ratifications Needed for Entry into Force”