Historical facts do not repeat themselves, but they can rhyme, like the verses of a long poem. 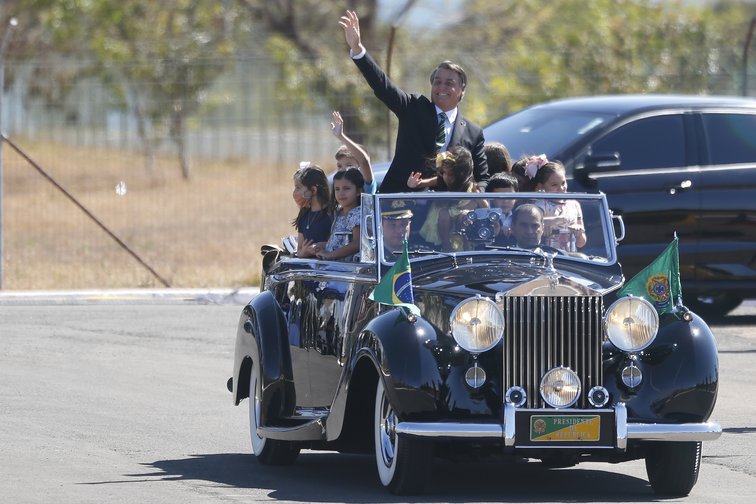 7 Oct 2020 –Historical facts do not repeat themselves, but they can rhyme, like the verses of a long poem. I heard this phrase from my friend Sidney Chalhoub, a prestigious historian and professor at Harvard University. I also read a similar statement in one of the talks by Tia Lydia, the hateful villain from the novels “The Maiden’s Tale” and “The Wills” by Canadian Margaret Atwood, who describes the horrors of a fundamentalist Christian theocracy imposed by force in some of U.S. states.

Under the “excuse” that he was eradicating corruption in the Italian state, Mani Pulite destroyed the political elite with the help of the local hegemonic media, contradictorily paving the way for the corrupt, authoritarian, and immoral Silvio Berlusconi to become Italy’s prime minister. These events, which occurred at the beginning of the 1990s, rhymed perfectly with Brazil during the second decade of the new millennium, when Operation Lava Jato passed over the democratic rule of law to -with the complicity of the hegemonic media- accuse part of the Brazilian political elite of corruption and serve as a basis for the immoral, authoritarian and corrupt Jair Bolsonaro to be elected President of the Republic in 2018.

While thinking about these rhymes, and after witnessing the succession of lies, slanders, and defamations perpetrated by Bolsonaro against the indigenous and quilombola peoples and against the workers in his speech at the United Nations (UN) General Assembly, I decided to rhyme my reaction to this ill-disguised fascism with a reaction from the recent past.

I remembered, then, a text about Berlusconi written by the Portuguese José Saramago – a Nobel Prize for Literature winner and one of my great literary references – at the request of “El País,” which published it, in its Spanish edition, on June 7, 2009.

I decided to examine Saramago’s text through a kind of paraphrase, preserving as much as possible the writer’s words, since his feelings towards Berlusconi rhyme quite a bit with mine towards Bolsonaro.

In my translation from the original Spanish to Portuguese, I chose to preserve the word “cosa” as it is written in Italian and Spanish, since, in this way, it adds the meaning it has in “Cosa Nostra”, the most famous Italian family mafia. Furthermore, keeping the original spelling of the word serves as a reference to the fact that the “famiglia” Bolsonaro originally came from Italy.

Here is my rhyme:

The Bolsonaro thing. I don’t see what else I could call it. A thing that is dangerously similar to a human being, who encourages crowds and parties during a pandemic and behaves as if he were in charge of a country called Brazil. This thing, this disease, this virus threatens to be the moral death of Machado de Assis’ country if intense nausea cannot get it out of the conscience of Brazilians before the poison ends up eating away their veins and destroying the heart of one of the richest Latin American and Afro-American cultures.

The basic values of human coexistence are trampled on every day by the slimy claws of the Bolsonaro thing, who, amongst his many talents, has a grotesque ability to abuse words, perverting their intention and meaning, starting with the “social” and “liberal,” which are part of the party’s acronyms, and overlooking the words “Christian” and God.

I call this thing a deliquent and I don’t regret it. Due to reasons of semantic and social nature, the term delinquent has, in the Portuguese language spoken in Brazil, a much stronger negative connotation than in Portugal, where the same language is spoken. This is because, in Brazil, the admirers of the Bolsonaro thing are used to associating it with the poor, and with the black poor especially.

This thing, this disease, this virus threatens to be the moral death of Machado de Assis’ country.

In order to translate clearly what I think about the Bolsonaro thing, I use the term under the conception that José Saramago’s language usually gives it, with the certainty that he has already used it to describe similar things. Delinquence means, according to dictionaries and current communication practice, “the act of committing crimes, disobeying laws and moral standards.” This definition fits the Bolsonaro thing without a wrinkle, without a stretch, to the point of making it look more like a second skin rather than clothes you put on.

For years, Bolsonaro has been committing crimes to varying degrees, but they have always been proven. To make matters worse, he not only disobeys the law but openly mocks it, always with the motive to safeguard the private interests of his family, business people, and political accomplices, such as those who appeared beside him laughing at his insinuations directed at a ten-year-old girl. And as for moral standards, it’s not even worth it talking about it. There is no one who does not know, in Brazil and the world, that the Bolsonaro thing has long been abject because of its homophobia, racism, machismo, and misogyny.

This definition fits the Bolsonaro thing without a wrinkle, without a stretch, to the point of making it look more like a second skin rather than clothes you put on.

This is Brazil’s president today. This is the thing that most Brazilian voters chose in 2018 as their model. This is the way to the ruin to which the values of freedom and dignity that permeated the music of Chico Buarque, Caetano Veloso, Gilberto Gil, and the political actions of Ulisses Guimarães and Dilma Rousseff -two of those who made the struggle for the return of democracy in Brazil an example for all of Latin America- are being taken.

That is what the Bolsonaro thing wants to throw away in the dustbin of history. Will the Brazilian democrats allow it?

Jean Wyllys is a Brazilian journalist, college teacher, politician and writer. He was an MP for the PSOL-RJ party from 2010 to January 2019. He is currently living in exile.